Question:In this day and age - according to scientists - we can no longer acknowledge the hell of fire and flames of which the Catholic religion speaks to us, since this is nothing more than a religious superstition. Is this true, Master?

Samael Aun Weor: Respectable gentleman, allow me to tell you that any religious type of inferno is exclusively symbolic. 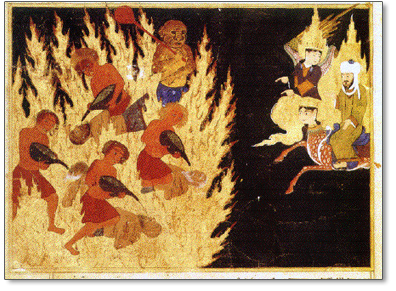 It is not irrelevant in these moments to remember the Nordics’ glacial inferno; the Yellow Springs (huángquán), the Chinese hell with all of its torments; the Buddhist hell; the Mohammedan hell; or the Infernal Island of the inhabitants of the ancient city of Gob of that part of Asia called Maralpleicie, whose civilization is today found hidden within the sands of the Gobi dessert. Unquestionably, these various traditional infernos emphatically allegorize the submerged mineral kingdom.

Remember, good friend, that Dante found his inferno in the living bowels of the Earth; read The Divine Comedy.

Question: Master, you speak to us about a world within the submerged mineral kingdom, nonetheless, all of the drilling into the crust of the Earth by all types of mining, oil companies, etc., have not revealed signs of a living world even in the first layer of the Earth. So, where is that submerged mineral world?

Samael Aun Weor: Great friend, allow me to tell you that the tridimensional world of Euclid is not everything.

Clearly, there are various superior dimensions above this world of three dimensions (length, width, and height); obviously, in accordance with the law of polarity, submerged infradimensions of various mineral types exist below this tridimensional zone. It is indubitable that the Dantesque type of hells correspond to the infradimensions.

Question: I beg your pardon for insisting, Master, but in all the books that I have searched within, driven by my longings, I do not remember any writing or document that talks about those infradimensions, much less that indicates how to discover them. Therefore, I ask you: what is the purpose of talking about infradimensions which, as far as I have been able to verify, no human being has been able to see or touch?

Samael Aun Weor: Respectable gentleman, your question seems very significant to me, however, it is worthwhile to clarify that the Universal Christian Gnostic Movement has systems, methods of direct experience, by means of which we can verify the crude reality of the infradimensions of nature and the cosmos.

Thus, we can and must locate the nine Dantesque circles below the epidermis of the Earth, within the interior of the planetary organism on which we live. Obviously, the cited nine circles intelligently correspond with the nine natural infradimensions. 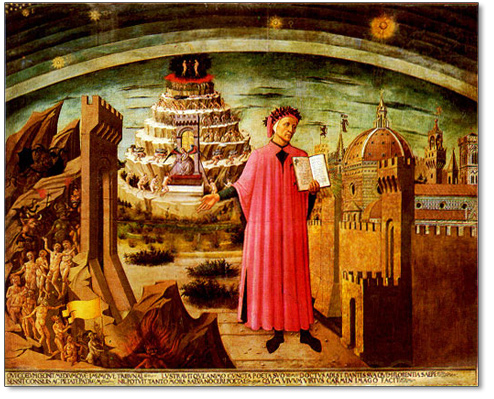 Whosoever has studied The Divine Comedy from the esoteric point of view cannot ignore the reality of the infernal worlds.

Question: Master, what is the basic difference between religions’ hells, i.e. Catholicism, and those mentioned in the Gnostic Movement?

Nevertheless, all Christian, Chinese, or Buddhist hells, etc., are fundamentally nothing but mere emblems that analogically represent the crude reality of the atomic hells of nature and the cosmos.

Question: Why do people have nightmares, as we commonly say? What happens in this case? Do they travel to those infradimensional worlds?

Samael Aun Weor: I will gladly answer this interesting question from the audience. Ladies and gentlemen, I want you to comprehend what nightmares are, indeed.

Occult anatomy teaches us that in our lower abdomen there are seven inhuman chakras or negative vortices of sinister forces: seven infernal doors.

It could happen that someone with indigestion because of a heavy meal may activate the infernal chakras by means of the digestive disorder; then those abysmal doors open, as it is clearly taught by the religion of Mohammed. Thus, that night, the individual enters with his personality into the infernal worlds. This is how is possible for the detached personality to penetrate into hell. Yes, it is not difficult for the ego to penetrate into the abode of Pluto.

The monsters in nightmares really exist. They originally derived [devolved] from archaic times; this is why they normally inhabit the infradimensions of the submerged mineral world.

Question: Venerable Master, does this mean that not only those who die without having saved their soul enter into hell? 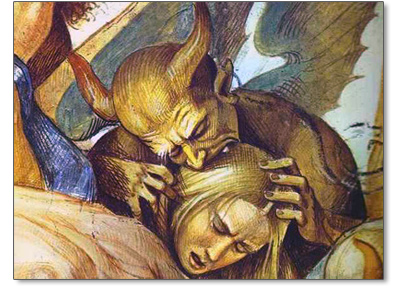 Samael Aun Weor: It is evident, clear, and manifest that the living ones also penetrate into the infernal worlds, as is being demonstrated by nightmares. Clearly, the human infraconsciousness is naturally infernal. By all means it could be stated that all the abysmal horrors are within the atomic infernos of the human being. In other words, we emphasize the following: not in the slightest are the infernal abysses divorced from our own subconsciousness and infraconsciousness.

Now the audience will comprehend why it is so easy for anyone to penetrate into the nine Dantesque circles at any time.

Question: Beloved Master, indeed, I do not comprehend why you first stated that the infernal worlds are in the infradimensions of the Earth, and thereafter you mention that those atomic infernos are also found within oneself. Would you be so kind to clarify this for me?

Samael Aun Weor: Excellent question. Whosoever wants to discover the laws of nature must find them within himself, since the one who does not find within himself what he seeks, will never find it outside of himself. The ancients stated:

Man, know thyself thus you will know the universe and its Gods.

We must find within our interior everything that exists in nature and in the cosmos. Therefore, the nine infernal Dantesque circles are within us, here and now.

Question: Master, I have had nightmares in which I have seen many monsters within a world of darkness. Could it be that I have entered into those infradimensional or infernal worlds?

Samael Aun Weor: This is an important question. It is necessary for the audience to comprehend that those infradimensions are within the submerged depths of our own nature. Obviously, I repeat, located in our lower abdomen, the seven doors to our atomic infernos are opened during nightmares, and through them we descend into the submerged worlds.

People who have not visited the Kingdom of Pluto in their life are very rare.

By no means should we interpret religious allegories literally. Let us seek within them the spirit that vivifies and gives life. The diverse religious infernos allegorize raw, natural realities; thus, we must not confuse the symbols with the cosmic phenomena in themselves. 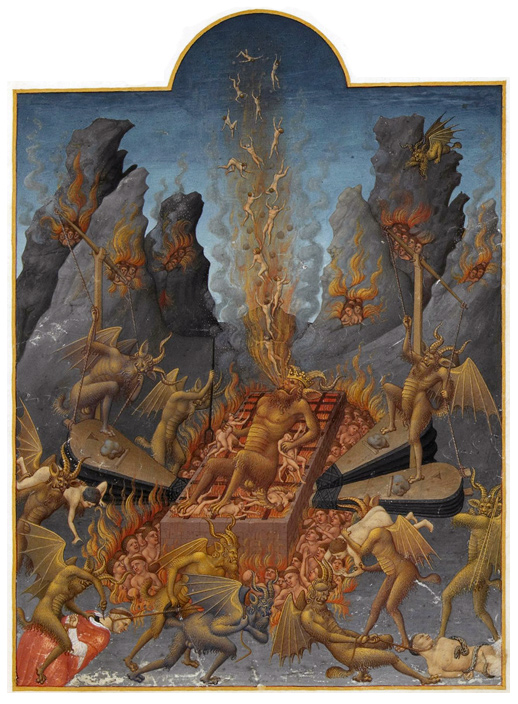 Question: Master, would you explain to me a little more about those infernal worlds, since in the nightmares I have had, I have never seen light or beautiful faces. Why?

Samael Aun Weor: I will gladly answer this question. The infernal darkness is another type of light; this indeed corresponds to the range of the infrared. Thus, the inhabitants of such subterranean realms perceive the diverse color variations corresponding to that zone of the solar spectrum. 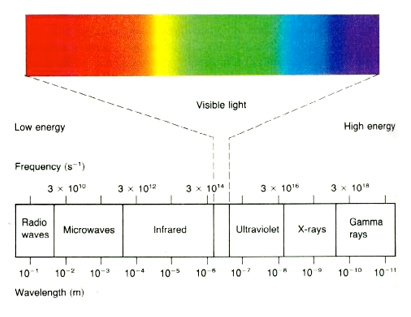 Friends, I want you to comprehend that all the color varieties that exist in the ultraviolet also exist in the infrared.

There is a variety of yellow in the ultraviolet. This is remarkable, however, a variety of yellow also exists in the infrared, yet in a different manner, and likewise happens with the rest of the colors; therefore I emphatically repeat the following: darkness is another type of light.

Unquestionably, the inhabitants of the submerged mineral kingdom are found too distant from the Sacred Absolute Sun, and for that reason they indeed become terribly malignant and frightfully ugly.

Question: I understand, Master, that in the submerged worlds of the Earth are all types of monsters and that they live there, but how is it possible that within my very self, who is so small in comparison to the planet, I can find those worlds?

Samael Aun Weor: My good friend, allow me to tell you that any molecule of cotton, iron, or copper, etc. is like a complete solar system in miniature. Precisely, a disciple of Marconi imagined our solar system looking like a great cosmic molecule.

Therefore, whosoever does not discover within a simple molecule the movement of the planets around the sun is indeed very far from comprehending astronomy.

Nothing is unlinked in the universe; indeed, there is no effect without a cause, nor a cause without an effect. Likewise, within each of us there are forces and atoms that correlate one moment with the celestial spheres and in the next with the infernal spheres. 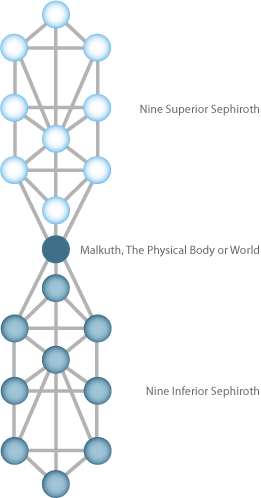 I have already clearly stated that this tridimensional world in which we live is not everything, since above us we have the superior dimensions and below the inferior dimensions.

Unquestionably, all these heavenly or infernal dimensions are related with the distinct zones of our own psyche, and therefore if we do not discover them within our very selves we will not discover them anywhere.

Samael Aun Weor: This question is remarkable; therefore I will gladly answer it. First of all I want you to know that any atom is a trio of matter, energy, and consciousness.

Within our organism, the atoms of the secret enemy are controlled by a certain malignant atom located exactly in the coccygeal bone. These types of atoms cause illnesses and originate within us distinct manifestations of perversity.

Let us expand a little more on this information and let us think for a moment about all the malignant atoms of the planet Earth. Obviously, the heaviest atoms, the more demonic atoms, inhabit the abode of Pluto; that is, these atoms inhabit the infradimensions of the world in which we live.

Question: Master, I understand that the majority of us—when we think in terms of the atom—we imagine something infinitely small; therefore, when we are told that all the suns and planets of the cosmos constitute an atom; this somewhat overwhelms the order of our process of reasoning; is this congruent?

Samael Aun Weor: Respectable gentleman and friend, it has never occurred to me to think of reducing the entire universe or universes to a simple atom. Allow me to tell you that planets, suns, satellites, etc., are constituted by sums of atoms, and this is different, right? If in any portion of my lecture I compared the solar system with a big molecule, I did it based upon the law of philosophical analogies, but I never meant to reduce the solar system to a simple atom.

By purchasing a print edition of "Hell, the Devil, and Karma", you get a high quality, permanent source of profound knowledge, you help us print more books, keep this website online, and allow us to give free books to prisoners, churches, libraries, and more.
Pick a Bookseller
Share This Page: