1. Dead gold is useless. It is necessary to give life to it.

2. Just as the Sun gives light to the planets, gold can transmute all of our imperfect metals.

4. Spiritual gold is the sacred fire, the ineffable pleroma of the Spirit.

5. Instead of ejaculating the spiritual gold, it is necessary to make it rise through the two ganglionic cords, in order to achieve the regeneration of the Being.

6. This is how we give life to the dead gold by reducing it to its crude matter, in order to convert it into volatile and spiritual gold.

7. Volatile gold is the perfect medicine.

8. Volatile gold is the fire of Kundalini .

9. Gold has an affinity with Mercury. Both are perfect and incorruptible. 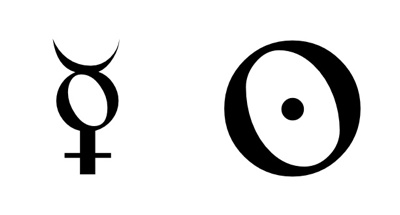 On the left, Mercury. On the right, Gold or the Sun.

10. The minor metals are lead and tin, which are soft, and iron and copper, which are hard.

11. With the powders of projection, all these metals of our human personality are transmuted into volatile gold.

12. These powders are the white and red elixirs of sexual alchemy [see Chapter 6, White Elixir and Red Elixir].

13. The quadrature of the circle is found in gold.

14. When they are insolubly united, Mercury and gold form the Chaos.

15. Gold fecundates Mercury in order for creation to emerge.

16. One plus two equals three.

17. The father and the mother are united in order for the child to be born. The family united is the four.

18. This is the quadrature of the circle.

19. Therefore, the quadrature of the circle is found enclosed within the volatile gold. 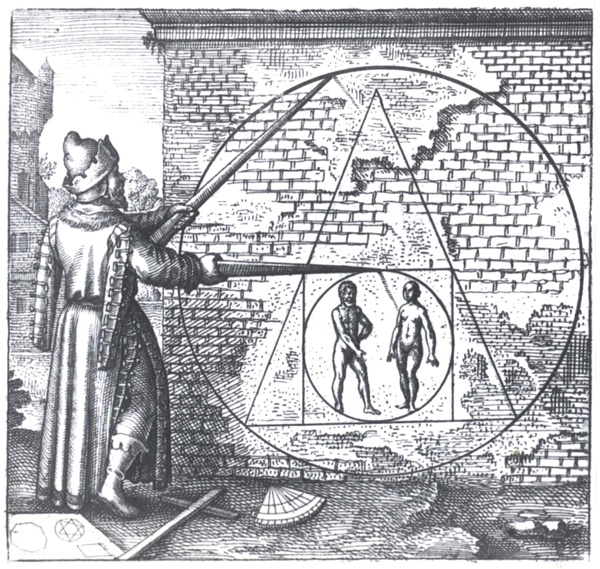 The Squaring of the Circle. "Make from the male and female a circle, then a square, then a triangle, make a circle, and you will have the Philosopher's Stone." Illustration by Michael Maier (1618)

21. This volatile gold is the sacred fire of sex.

22. Mercury is transmuted into volatile gold.

24. Mercury is the water of the Chaos, the Christonic semen that is transmuted into the living gold of the Spirit.

25. According to Avicenna, the metals cannot be transmuted into gold until they are reduced to their crude matter.

26. The crude matter of the Great Work is the Mercury of Secret Philosophy.

27. This Mercury is our own Christonic semen.

28. The Sun is the Father of all the metals and the Moon is the Mother.

29. Our entire magisterium of the fire depends on these two stars.

30. The Sun is the man; the Moon is the woman. The entire magisterium of the fire depends on the sexual union of the two. 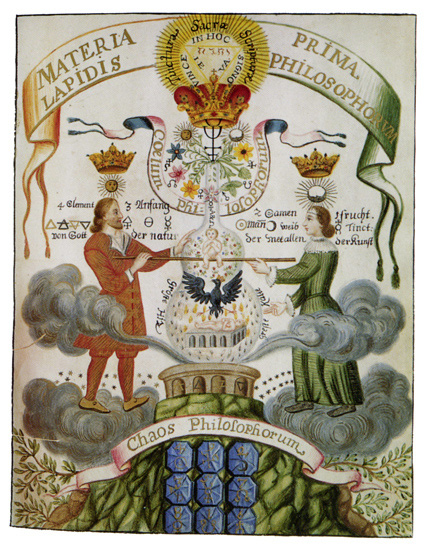 31. The man and the woman are the father and the mother of all these metals of our personality, which we must transmute into the pure gold of the Spirit.

32. However, we must not work in the magisterium of the fire if we previously have not reduced all our metals to the crude matter of the Great Work.

33. With this we would like to say that we must push aside all types of "isms," like Theosophism, Rosicrucianism, Spiritualism, Pseudo-Esotericism, Ferrierism, etc., and we must completely comprehend what is the Mercury of the Secret Philosophy.

34. Raymond Lully stated in his Clavicle:

35. "Concerning this I advise you not to work with the Sun and with the Moon, unless you have taken them to their crude matter, which is the Sulfur and the Mercury of philosophers."

36. In other words, this signifies, "Thou shalt not fornicate."

37. We must accumulate the whole of our Christonic semen in order to transmute it into the living fire of the Spirit.

38. We must reduce all our metals into the Mercury of the Secret Philosophy.

39. The Gnostics have sexual union only with their spouse in order to work with the crude matter of the Great Work.

41. "Oh children of mine, let us learn to serve ourselves from this venerable matter because I warn you under an oath of faith, if you do not remove the mercury from these two metals, you will work as blind men in obscurity and doubt."

42. "This is why, oh children of mine, I conjure you so you can march towards the light with open eyes and not fall as blind men into the abyss of perdition."

43. Therefore, Gnostic brothers and sisters, keep the sixth commandment of the law of God that states, "Thou shalt not fornicate."

44. Let us learn how to control the venerable matter of our Christonic semen. 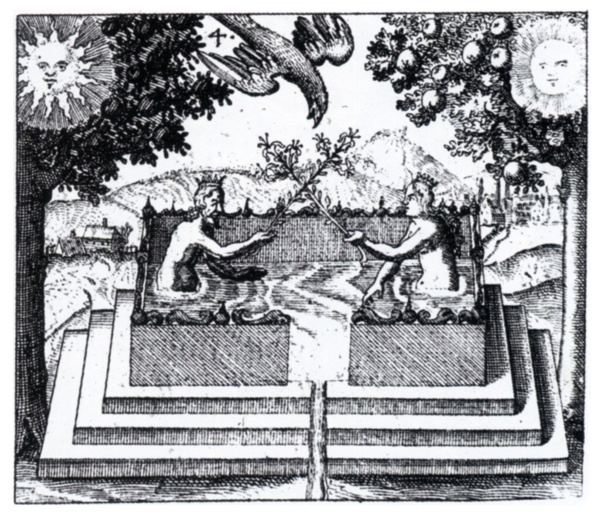 46. Work with this Mercury and "learn how to serve yourselves with it, so that you may march towards the light with open eyes and not fall as blind men into the abyss of perdition."

47. Thus, you will engender the king crowned with the red diadem, the Master of metallic transmutations.

48. This is the phoenix bird that is reborn from its own ashes.

49. This is the salamander that survives within the fire.

50. This is the universal chameleon that disguises itself with innumerable colors.

52. Our Mercury blackens, reddens, whitens, and is revested with a thousand colors that are observed in the changing atmospheres of the alchemist.

53. It is necessary to bake, bake, and re-bake and not to become tired of it.

54. Thus, we transmute the Mercury into potable gold.

55. Thus, we succeed in joining the Cross with the Triangle.

56. The receptacle must be well-sealed in order to avoid the escape of even a single drop of our philosophical Mercury.

57. If the seed of the wheat is pulled out from the earth during the process of putrefaction, then the wheat cannot grow and the seed dies.

58. Likewise, our seed must not be pulled out or taken from our Philosophical Earth, because the seed and the universes that could flourish would be lost, and we would fail in the Great Work.

59. Generation is always followed by regeneration, which is the sprouting or growing of our Beings.

60. Thus, we must reduce the dead gold into its female state, into the crude matter, and remake the path of generation by retrogradation, which means by transmutation.

61. Hence, we convert the dead gold into living gold.

62. What is important is not to pull out the seed from our Philosophical Earth.

63. The gold and the Sun possess all the virtues of the universe.

64. Do not forget, Gnostic brothers and sisters, that our Philosophical Earth is our own human organism.

65. Do not pull out the eternal seeds from this Philosophical Earth.