The Earth is a wonderful organism filled with an intense cosmic vitality. Formidable rocks (inhabited by joyful gnomes), earth, and sand are on the surface of the Earth. The interior of the planetary organism is unknown to official science; indeed, scientists know very little about the interior of our world. It is stated that the temperature of its interior increases progressively in accordance with the increasing depth, in proportion to 12°C. 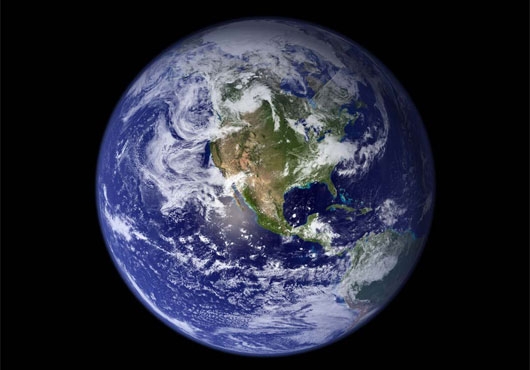 The surface layer of the Earth seems to be a crust fifty to sixty kilometers deep. Upon this wonderful crust are found minerals, grounds, sand, and water. Beneath this formidable crust—upon which the entire history of humanity has developed—there is another layer, 3,500 meters thick, composed of magnesium, oxygen, and silicon combined as another form of solid rock.

So far, the scientists know nothing about the Earth’s nucleus. They only theorize that its density and temperature are very high, and that it measures approximately 6,500 kilometers in diameter.

All organized beings that live on the surface of the Earth are structured in accordance with this symbol.

There is a central atom in the center of the Holy Eight, while the twelve spheres of cosmic vibration gravitate around it. Amidst these twelve spheres a Solar Humanity must be developed. The fetus remains nine months within the maternal womb; similarly, nine ages are necessary for a planetary humanity to be born.

The symbol of the infinite is an esoteric symbol that can only be known through esotericism. Great initiates state that this symbol is elaborated in pure gold, and it is found exactly in center of the Earth, in the Ninth Sphere. Indeed, the utmost splendors and the thickest darkness are within the living Earth.

We must comprehend the three aspects of the interior of the Earth:

The subterranean layers of the Earth represent the kingdom of minerals (the Lithosphere) and the kingdom of metals (the Barysphere), that surround a heart of an incredible density and inertia.

Regarding superior dimensions of space, within the planetary organism there are nine superior concentric spheres, like sublime ineffable regions populated by elemental creatures, Masters, Devas, etc.

Regarding inferior, submerged, infrared dimensions of space, there are infernal worlds of an increasing density, like concentric spheres, which lead according to Dante’s own words:

This is the center of the heart of the Earth, where is found the maximum density and gravity, the fundamental seat of Satan, the infernos.

Where the light shines more clearly, darkness is more intense. That is the law of the analogies of the contraries.

In the center of the heart of the Earth are the chair of Satan and the temple of the Genie of the Earth, the symbol of the infinite, and the angels and demons in an eternal battle.

The nucleus of the Earth has three aspects.

The Ninth Sphere (sex) in center of the Earth and in humans is the battlefield between the powers of the light and the powers of darkness. The secret key that allows us to enter into the ninth sphere is the Arcanum A.Z.F., the Sahaja Maithuna.

Let us remember that the symbol of Shiva, the Third Logos, is always the black lingam inserted into the yoni. What is important is to not ejaculate Ens Seminis during the sexual trance, because the entire Ens Virtutis of the fire is found within the Ens Seminis. The Arcanum A.Z.F. is the key that allows us to open the ninth door. 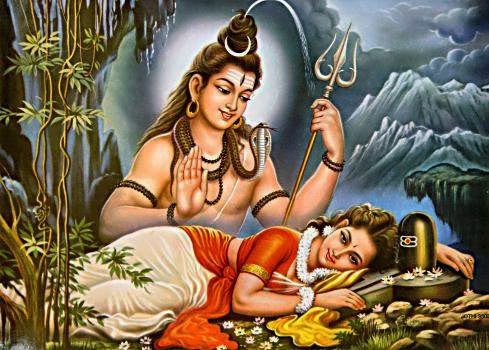