Christmas is a solar festivity, an ineffable cosmic festivity, whose origin is found within the profound night of time.

The three dimensional physical sun is only a vehicle of action of the spiritual sun. Beyond the physical sun, the mystic finds the Sun of Midnight, the Star of Bethlehem, the Cosmic Christ.

All the archaic religions always rendered cult to the Sun, thus even the Vatican is built in such a manner so that its doors are open towards the East, towards where the Sun rises. 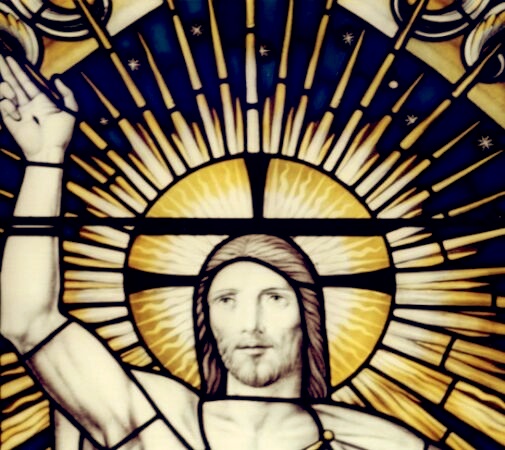 The motion of the King Star amongst the innumerable stars of the infinite space and in relation to the nearest worlds is astounding; it moves at a speed of twenty kilometers per second.

Within the interior of the Milky Way, the Sun rotates at an amazing speed; it moves it at a rate of 270 kilometers per second. In its movement, the Sun drags the Earth and the entire solar system.

The planet Earth on which we live, move, and have our Being is something more than a mass of matter; beyond any doubt, it is a living organism upon whose epidermis we all live as simple parasites.

The path tread by the planet Earth throughout the infinite space is very complicated and difficult.

Indeed, the planet Earth dancing around the sun amongst the music of the spheres travels at a vertiginous speed rotating along the interior of this formidable galaxy in which we live.

Indeed, the Milky Way is so gigantic that even though the Sun is traveling at 270 kilometers per second, it will take about 200 million years to circle completely around it.

The Milky Way is a living, cosmic organism, a spiral-like body within which is our solar system.

Any nebula, including our Milky Way, has in fact and by its own right the same fundamental design. 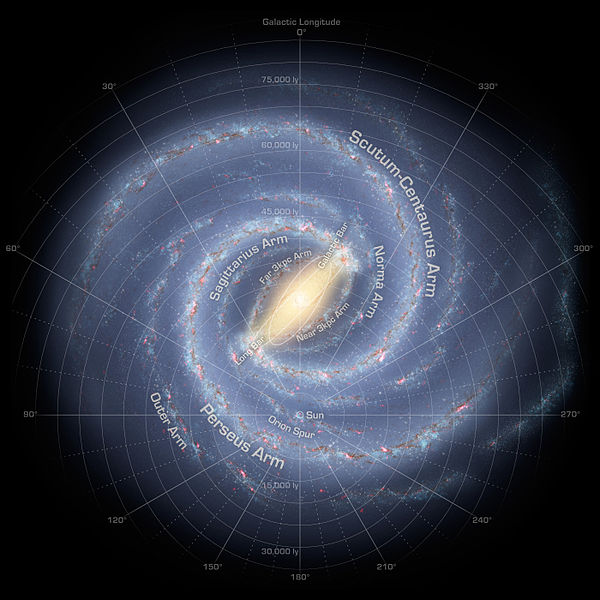 Three forces are processed within any galaxy:

The centrifugal force provides the nebula with a spiral type of movement, similar to a whirlwind over sandy ground that provides spiral movement to the dust column that it raises.

The Milky Way, with about eighteen million suns and innumerable planets and moons, has the Central Sun Sirius as its gravitational center.

Ancient esoteric traditions affirm that the Transcended Church is in the Central Sun Sirius.

Inside the temple of Sirius, adepts can have the joy of encountering the disciples of the God Sirius.

When some Adept tries to go beyond the Milky Way, he is always forced to go back to Sirius. It is prohibited for the Adepts of the planet Earth to go beyond Sirius.

Astronomers know very well that beyond the Milky Way there are only three visible galaxies that can be seen by the naked eye, without the aid of a telescope. Two of them can be seen from the southern hemisphere; these are the Great and Small Magellanic Clouds, named in honor of Ferdinand Magellan, the famous Portuguese explorer.

When they go beyond Sirius, the Adepts of the great White Lodge can see two world orders that glitter wonderfully with a beautiful pink color; in those two galaxies are other types of cosmic laws unknown to the inhabitants of the Milky Way.

In the sacred texts of occult wisdom there is a maxim that states, "Where the light shines more brightly, there too the darkness is more dense."

Within the superior worlds any Adept can verify that next to a temple of light there is in contrast a temple of frightful darkness. Thus, based on this rule, we can assure without fear of being mistaken that the Central Sun Sirius is a binary star, and that its companion is a gigantic tenebrous world.

Among astronomers Sirius is known colloquially as the "Dog Star," and its tenebrous companion as "the Pup."

The Sun that warms us and give us life—our beloved Sun, source of all life—is located about 3,000 light years from the center, which places it a third of the distance between the center of the galaxy and one of its borders; it seems that it is near to the inner ring of a spiral arm, and also to a very weak and distant group of stars and to another group of stars nearer to the center. 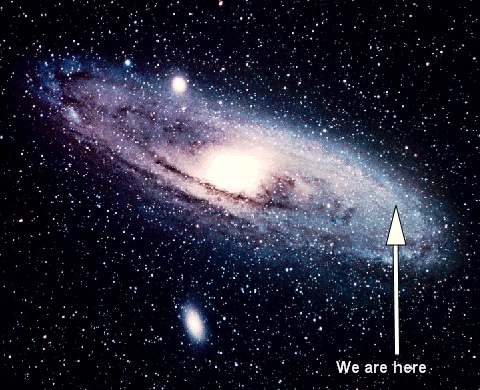 There are many thousands and millions of galaxies in the infinite space. It is estimated that in a space of about 250,000,000 of light years, there are around 2,000,000,000 galaxies, and even for this very tremendous distance there is no indication of a limit.

The situation of our solar system is, beyond any doubt and without any exaggeration, similar to a blood cell within the human body.

Under a microscope we can verify that a white corpuscle is also made up of a nucleus or Sun (its cytoplasm or sphere of influence); this nucleus is also surrounded all around by millions of systems or similar cells, which together form a great Being whose nature would be inconceivable to such a cell.

The Milky Way is a living organism that was born in the ninth sphere from the water and the fire.

Those who suppose that the galaxies, including the Milky Way, had their origin in the explosion of some primitive atom [the "big bang theory"] are very mistaken.

An esoteric principle exists that states, "That which is above is like that which is below."

The temple of wisdom is found in the ninth sphere; the temple wisdom is located between the phallus and the uterus.

By all means, it is impossible to experience the truth about the origin of the galaxies if we do not enter into the ninth sphere (sex).

In the dawning of life, the sexual connubium of the word makes the waters of the Chaos fecund. This is how the galaxies are born and this is how the worlds are born.

The sexual fire of the Kundalini always makes the belly of the Great Mother fecund.

In the beginning was the Word.