Most beloved Gnostic brothers and sisters,

On this night in which we jubilantly celebrate the Christmas Eve of 1966, it is essential to very thoroughly study the mysteries of Christ.

The Cosmocreators, the army of builders of the dawn, the host of the Elohim, the Third Logos, worked in the seven temples of the chaos.

Three forces are indispensable for all creation: the positive force, the negative force, and the neutral force. Before the altar of the temple, one Elohim polarized the masculine, positive force of his Self, and another the feminine, negative force of her Self. While on the ground floor of the temple, a choir of Elohim represented the neutral force. Thus, in this manner, the order of the three forces was established in each of the seven temples of the primeval chaos. The Divine Male chanted, the Divine Female chanted, the choir of Elohim chanted. The entire liturgy of the seven temples was chanted. Thus, this is how the Great Word made the womb of the Great Divine Mother fecund.

The Word made the waters of life fecund; thus, this is how the universe in its germinal state splendidly arose at the aurora.

The Holy Spirit fecundated the Great Mother, and the Christ was born. The second Logos is always the child of the Virgin Mother. She is always virgin before childbirth, during childbirth, and after childbirth. She is Maria, Isis, Adonia, Insobertha, Rhea, Cybele, etc. She is the primeval chaos, the primordial substance, the raw matter of the Great Work. 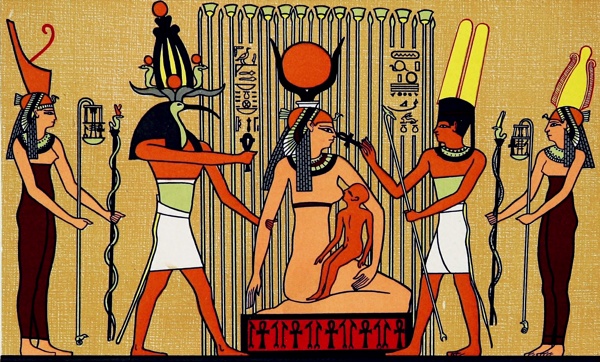 The Cosmic Christ is the army of the Great Word, is always born in the worlds, and is crucified in each one of them so that all beings can have life and have it in abundance.

My brothers and sisters: observe the King Star in its elliptical movement. The sun moves from south to north and from north to south. The birth of the Sun Child is celebrated when the Sun advances towards the north. The Sun Child is born the twenty-fourth of December at midnight in order to dawn on the twenty-fifth. 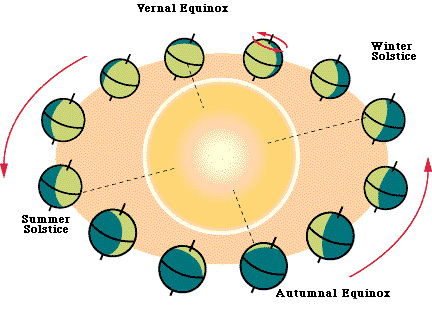 If the Sun Christ did not advance towards the north, the entire Earth would become a great mass of ice and all life would perish, therefore from the twenty-fourth of December the Sun God advances towards the north in order to animate, give heat and life to all creatures.

The fixed date of its birth and the variable date of its death always have a deep significance within all the religious theologies.

The Sun Child is born weak and needy in this humble manger of the world and in one those very long nights of winter, where the days are very short in the regions of the north.

During the time of Christmas, the sign of the Celestial Virgin rises on the horizon, and thus this is how the child is born in order to save to the world.

During his infancy, the Sun Christ is surrounded by dangers, since by all means it is very clear that during the first days the kingdom of darkness is much longer than light—his kingdom—yet despite all the terrible dangers that threaten him, he survives.

Time passes... the days cruelly are extended, and finally the spring equinox—Easter, the Holy Week—arrives, which is the moment in which he has to cross from one end to the other—that is, the moment of the crucifixion of the Lord on this our world.

The Sun Christ crucifies himself on our planet Earth in order to give life to everything that exists. After his death he resurrects within all creation in order to ripen the grape and every grain. The law of the Logos is sacrifice.

The second aspect of this great cosmic drama corresponds with complete exactitude to any sacred individual who by means of the revolution of the consciousness attains the Venustic Initiation and therefore becomes a Solar Hero...