Writers who affirm the existence of one ego or a permanent and immutable “I” are sincere but mistaken individuals with very good intentions. It is urgent to know that we have a pluralized “I” within our lunar animal bodies. Each sensation, each emotion, each thought, each feeling, passion, hatred, violence, jealousy, wrath, greed, lust, envy, pride, laziness, gluttony, etc., are constituted by small “I’s” that are not bound among themselves nor have any coordination with each other whatsoever. Thus, there is not a complete, unitotal “I,” but a multitude of grudging, quarrelsome, and noisy “I’s” that fight with each other, that struggle among themselves for supremacy.

The monks of Mount Athos monastery like to become cognizant of all these small “I’s” and to learn how to handle them, how to pass them from one center to another, etc. The monks kneel down, and when lifting their arms with their bent elbows they say, “Ego” aloud and prolonging the sound, while simultaneously they try to locate the point of their organism where the word ego (“I”) resonates; the purpose of this exercise is to feel the “I,” to voluntarily pass it from one center to another.

The “I’s” that we have within the lunar bodies are true demons created by ourselves. Any given “I” follows automatically another given “I,” and some appear accompanied by others, but in all this there is no order, no true unity, there is only accidental associations, small groups that are associated in an unconscious and subjective manner. Each one of these small “I’s” only represents a very small part of the totality of our functions; however, each one always mistakenly believes to be the whole.

When the intellectual animals (mistakenly called human beings) say “I,” they have the impression that they speak of themselves in their totality, yet in fact, it is only one of those small “I’s” of their legion that speaks through them.

The “I” who today is swearing fidelity before the Gnostic altar believes to be the whole, the only one, the complete person, but it is only one among the many “I’s” of the legion. When that “I” falls from its place of command, another “I” who is an enemy of Gnosis occupies its place, then the subject who seemed to be very enthused with Gnosis is turned into an enemy, attacking our movement, our doctrine, etc.

The “I” who today is swearing eternal love to its better half has the impression of being the only one, the boss, the complete person, and says, “I adore you, I love you, I give my life to you, etc.,” but when that enamored “I” is displaced from its place of command by another “I”, then we see the subject abandoning its better half, and falling in love with another, etc.

It is lamentable that because of a lack of wisdom, we “human beings” are fabricating innumerable demons within the five cylinders of our organic machine, who rob part of our consciousness and of our life.

It is also very true and beyond any doubt that sometimes other people’s demons or “I’s”—created by other people—insert themselves within our lunar bodies. Those “I’s” from other people rob part of our consciousness; they lodge within any of the five cylinders of our human machine and for such reason become part of our ego (“I”).

Indeed, the intellectual animal does not have true individuality, does not have a permanent center of gravity, nor a true sense of moral responsibility.

The only thing of value, the only important thing that we have within our lunar bodies, is the Buddhata, the sacred Essence, the psychic material that unfortunately is squandered by the different entities which in their conjunction constitute the ego, the pluralized “I.”

Many pseudo-occult and pseudo-esoteric schools divide the “I” in two. They emphatically asseverate that we have a divine, immortal, superior “I,” and believe that superior “I” or divine ego must totally control and dominate the inferior “I.” This concept is totally false, because superior and inferior are two sections of the same thing.

Indeed, that “superior I”, that divine ego, does not exist. The only thing that we have within the lunar bodies is the Essence and a legion of “I’s,” and that is all.

Unfortunately, intellectual animals cannot incarnate their real Being (Atman-Buddhi-Manas) because they only have lunar bodies, and the lunar bodies could not withstand the tremendous electrical voltage of our true Being, then we would die.

The demons that live inside the lunar bodies are not imprisoned within those animal bodies; they enter and leave; they travel to different places or subconsciously wander around the different molecular regions of nature.

After death, the pluralized “I” continues within the lunar bodies, projecting itself from within them to any place of nature.

Mediums from spiritism or spiritualism lend their matter or physical vehicles to the “I’s” of the dead. Those “I’s,” even when they give proof of their identity, even if they demonstrate to truly be the invoked dead, are not the real Being of the deceased.

Epilepsy is the karma that mediums suffer in their later lives. Any epileptic person was a medium spiritist or spiritualist in its past life.

Not all the entities that constitute the animal ego (“I”) return to this world in order to reincorporate themselves or to be reborn in a new human organism. Some of those entities or small “I’s” separate from their group in order to enter into the infernal worlds of nature or submerged mineral kingdom; some other entities enjoy reincorporating themselves within organisms from the inferior animal kingdom, like horses, donkeys, dogs, etc.

The Masters of the White Lodge usually help some remarkable souls , deceased, who have sacrificed themselves on behalf of humanity.

When we proposed to investigate Pancho Villa, the great hero of the Mexican revolution, we found him within the infernal worlds still obsessed with the idea of killing; he was menacing all the inhabitants of the underworld with his pistol. Nevertheless, this Pancho Villa from the submerged mineral kingdom is not the whole of him. The best of Pancho Villa lives in the molecular world. Certainly, he did not reach the intermediate liberation that allows some disincarnated souls to enjoy some vacations in the different molecular and electronic kingdoms of nature, therefore he remains at the threshold, waiting for the opportunity in order to enter into a new womb. That which will be reincorporated from the one who was Pancho Villa, will never be the Pancho Villa from the infernal worlds, the terrible assassin, but the best values of the General, those values that sacrificed themselves on behalf of humanity, those values that gave their blood on behalf of the freedom of an oppressed people. The disincarnated General—better said, the truly useful values of the General—will return, will be reincorporated; the great Law will pay for his sacrifice by making him the chief magistrate of the nation.

We have mentioned General Pancho Villa as an illustration for our readers, because this man received special aid due to his great sacrifice in behalf of humanity. Nevertheless, there are people in the world who could never receive this aid, because if everything that they have of animal and criminal was taken from them, nothing would remain. Those types of human beasts must enter into the devolutions of the worlds of nature.

A certain initiate underwent an unspeakable suffering because—despite reaching perfect chastity in the physical world—within the infernal worlds he failed in all the tests of chastity. So, the initiate mortified himself, cried out and begged, requesting for the superior assistance of his own Mother Kundalini . Thus, his Divine Mother helped him; She, the igneous serpent of our magical powers, interceded, begged for him, for her son, for the initiate; thus, he was called to judgment before the courts of Karma.

The terrible lords of Karma judged him and condemned him to the abyss, to the outer darkness where only weeping and gnashing of teeth are heard.

So, when the initiate, filled with infinite terror, heard the frightful sentence, he saw how the cosmic executioner unsheathed his sword and threateningly raised it and directed it against the frightened brother; then he felt that something moved within his interior, and, astonished, he saw a fornicator “I” exiting his lunar bodies, an entity that he had created on his own in ancient reincarnations. Thus, the perverse fornicator entity entered the devolutions of the infernal worlds. Thereafter, the initiate felt himself free of those internal bestialities that had much tormented him.

Indeed, the ego is a sum of diverse, different entities. There is no permanent and immutable “I.” The only thing that exists within our lunar bodies is a pluralized “I” (a legion of devils). 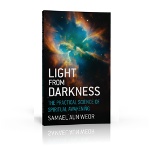