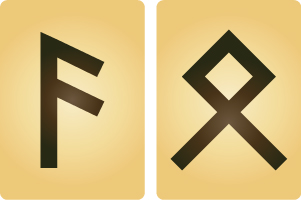 It is urgent, indispensable, and unpostponable that we deeply study the problem of sexual transmutation for single people in this 1968-1969 Christmas message.

Innumerable letters from many single students suffering from nocturnal pollutions constantly arrive to this patriarchal headquarters of the Gnostic Movement.

Certainly, nocturnal pollutions are something filthy, dirty, and abominable. We always answer that the medicine against such subjective states is sexual magic, the Maithuna.

Nonetheless, to make light within the darkness, we must emphatically affirm that the Maithuna establishes an adequate foundation in order to avoid nocturnal pollutions, even when pornographic dreams continue.

It is clear, certain, and evident that such a formula helps when one has continuity of purpose. Thus, daily practice is needed, year after year, with intensity.

Unfortunately, this formula only works when one has a spouse, but what about those who are single, who do not have a spouse? Then what? Here is precisely where the problem resides, and it is certainly very grave. If what we truly want is to utilize this formula, then what we need is to get a spouse.

Now, let us pass into another very similar matter. I want to refer to sexual transmutation for single men and women.

It would be lamentable if single men and women could not utilize the sexual energy in some way. They also need to progress. So how? Well, let us get to the roots, to the facts.

I do not want to say that those who are single can Self-realize themselves in depth. They cannot, because it is clear that without the Maithuna, it is more than impossible to reach Adepthood, which is so longed for.

Nevertheless, those who are single can and must utilize the creative energy for the awakening of the consciousness.

What we need to know is the technique, and this is precisely what this present chapter is committed to. Thus, let us now, in full, enter into the fields of the Rune Os.

This Rune intensely vibrates with the constellation of the Scorpion, which is very important because this court of stars is found intimately related with the sexual organs.

This is the same Rune Olin of Aztec Mexico, and it is esoterically related with the famous Rune Thorn.

Among the Aztecs, Olin is the mystical symbol of the God of Wind, the Lord of Cosmic Movement. The name of this angel is Ehecatl, the one who intervened in the resurrection of Jesus by transmitting Prana, life, into the body of the great Kabir, and saying, “Jesus, rise with your body from within your tomb.”

I personally know the angel Ehecatl, the God of Wind. He is certainly an extraordinary Deva who lives in the World of Conscious Will. So then, we can see the intimate, existing, esoteric relationship between the Rune Os and the Rune Thorn (movement and will).

Albeit, the many “super-transcended” stubborn ones from the worthless pseudo-esotericism and pseudo-occultism will laugh at the notion of elemental creatures of Nature, considering them fantasy. Even when they mock and scoff at Paracelsus and his elementals, such as Gnomes, Pygmies, Sylphs, Salamanders, etc., etc., these elementals have existed, do exist, and will always continue to exist, eternally.

Ehecatl is certainly a Guru Deva who has power over the Sylphs of the air. So what if the foolish, obtuse, and stubborn do not like this? Do they laugh about elementals? Do they mock us? Frankly, we are not bothered by it, since he who laughs at what he does not know is an ignoramus who walks the path of idiocy.

The millenary sphinx in the sacred land of the Pharaohs corresponds to the Elemental Sphinx of Nature, which is the mysterious instructor of the holy Devic College. This Elemental Sphinx of ancient Egypt, which is so intimately related with the mysterious sphinx of stone, came to me when I was born in the World of Conscious Will. This elemental came with its feet covered with mud... so, I exclaimed, “Your feet are covered with clay!” It was clear... I understood everything... In this black age that is governed by the Goddess Kali, everything has been profaned, and no one wants anything to do with the Sacred College of the Sphinx.

When I, filled with love, wanted to kiss this elemental, she (the Sphinx) told me, “Kiss me with purity.” This I did when kissing her cheek. Afterwards, the Sphinx returned to her point of departure, that is to say, to the sacred land of the Pharaohs.

All Gnostic brethren would like to do the same thing, to talk face to face with the Elemental Sphinx of Nature, to have a dialogue with the Devas, to walk with Ehecatl. But, first of all, it is necessary to awaken the consciousness, to open the door, to call with persistency, to set in motion our Willpower.

Observe very carefully the two diagrams of the Rune Os. In the same way that the Rune Fa has its two arms upwards, the Rune Olin has them downwards, and this is profoundly significant.

During these esoteric practices, there is the need to successively alternate movements by placing the arms in the first position (downwards), then in the second position (placing the arms on our waist as in the Rune Dorn or Thorn). I repeat, examine very carefully the two diagrams of the Rune Os.

During these Runic practices, you must combine the movement with harmonious and rhythmic breathing. Inhale the Prana through the nose, and exhale it through the mouth along with the mystic sound TTOOORRRNNN, prolonging the pronunciation of each letter.

When inhaling, imagine the sexual forces rising, ascending from the sexual glands through the pair of sympathetic nervous cords, which are known in India by the names of Ida and Pingala.

These nerves or tubes reach the brain, then after they continue through other nerves towards the heart. These nerves are other channels; the Amrita Nadi is one among them.

When exhaling, imagine the sexual energies entering the heart, and even penetrating more deeply, reaching to the consciousness in order to awaken it. Strike the consciousness with force, with Thelema (Willpower), thus combining the Runes Thorn and movement (Os).

Afterwards, pray and meditate. Beseech the Father who is in secret, ask Him to awaken your consciousness.

Beseech your Divine Mother Kundalini; beg Her with infinite love to raise, to make the sexual energies reach the heart and even further, to the very profound depth of your consciousness.

You must love and pray, meditate and supplicate. Build faith even the size of a grain of mustard seed and ye shall say unto this mountain, Remove hence to yonder place; and it shall remove. [Matthew 17:20] Remember that doubt is the beginning of ignorance.