Although the term Kundalini is from Sanskrit and is associated with Indian mysticism, tantra, and yoga, the word refers to a living element in nature and is thus known in all religions by different names. In Judaism and Kabbalah, it is called Shekinah. In Christianity, it is the fire of the Pentacost that illuminated the apostles. In Buddhism it is known by many names, such as Candali.

" Kundalini , the serpent power or mystic fire, is the primordial energy or Sakti that lies dormant or sleeping in the Muladhara Chakra, the centre of the body. It is called the serpentine or annular power on account of serpentine form. It is an electric fiery occult power, the great pristine force which underlies all organic and inorganic matter. Kundalini is the cosmic power in individual bodies. It is not a material force like electricity, magnetism, centripetal or centrifugal force. It is a spiritual potential Sakti or cosmic power. In reality it has no form. [...] O Divine Mother Kundalini , the Divine Cosmic Energy that is hidden in men! Thou art Kali, Durga, Adisakti, Rajarajeswari, Tripurasundari, Maha-Lakshmi, Maha-Sarasvati! Thou hast put on all these names and forms. Thou hast manifested as Prana, electricity, force, magnetism, cohesion, gravitation in this universe. This whole universe rests in Thy bosom. Crores of salutations unto thee. O Mother of this world! Lead me on to open the Sushumna Nadi and take Thee along the Chakras to Sahasrara Chakra and to merge myself in Thee and Thy consort, Lord Siva. Kundalini Yoga is that Yoga which treats of Kundalini Sakti, the six centres of spiritual energy (Shat Chakras), the arousing of the sleeping Kundalini Sakti and its union with Lord Siva in Sahasrara Chakra, at the crown of the head. This is an exact science. This is also known as Laya Yoga. The six centres are pierced (Chakra Bheda) by the passing of Kundalini Sakti to the top of the head. "Kundala" means "coiled". Her form is like a coiled serpent. Hence the name Kundalini . " - Swami Sivananda,  Kundalini Yoga

The Meaning of the Word Kundalini

The word kundalini in Sanskrit is कुण्डलिनी.

These two forces, one positive and ascending, and one negative and descending, are symbolized in the Bible in the Book of Numbers (the story of the Serpent of Brass). 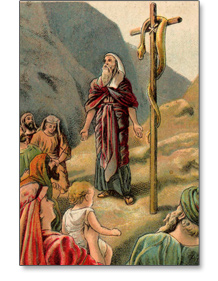 "And the LORD sent fiery serpents among the people, and they bit the people; and much people of Israel died. Therefore the people came to Moses, and said, We have sinned, for we have spoken against the LORD, and against thee; pray unto the LORD, that he take away the serpents from us. And Moses prayed for the people. And the LORD said unto Moses, Make thee a fiery serpent, and set it upon a pole [spinal column]: and it shall come to pass, that every one that is bitten [by the descending serpent], when he looketh upon it [the ascending one], shall live. And Moses made a serpent of brass, and put it upon a pole, and it came to pass, that if a serpent had bitten any man, when he beheld the serpent of brass, he lived." - Numbers 21

The Kundalini is "the power of life" (the Theosophical Glossary), the sexual fire that is at the base of all life.

"Those who attempt to awaken the Kundalini by Asanas and Pranayama, should have purity in thought, word and deed. They should have mental and physical Brahmacharya. Then only they can enjoy the benefits of awakening the Kundalini . " - Swami Sivananda, The Science of Pranayama

"Until not too long ago, the majority of spiritualists believed that on awakening the Kundalini , the latter instantaneously rose to the head and the initiate was automatically united with his Innermost or Internal God, instantly, and converted into Mahatma. How comfortable! How comfortably all these theosophists, Rosicrucians and spiritualists, etc., imagined High Initiation." - Samael Aun Weor, The Zodiacal Course

"The decisive factor in the progress, development and evolution of the Kundalini is ethics." - Samael Aun Weor, The Revolution of Beelzebub

"The ascent of the Kundalini along the spinal cord is achieved very slowly in accordance with the merits of the heart. The fires of the heart control the miraculous development of the sacred serpent. Devi Kundalini is not something mechanical as many suppose; the igneous serpent is only awakened with genuine love between husband and wife, and it will never rise up along the medullar canal of adulterers." - Samael Aun Weor, The Mystery of the Golden Flower

There are seven bodies of the Being. "Each body has its "cerebrospinal" nervous system, its medulla and Kundalini . Each body is a complete organism. There are, therefore, seven bodies, seven medullae and seven Kundalinis. The ascension of each of the seven Kundalinis is slow and difficult. Each canyon or vertebra represents determined occult powers and this is why the conquest of each canyon undergoes terrible tests." - Samael Aun Weor, The Zodiacal Course

The kundalini is the power of the Divine Mother (Elah, Shekinah, Durga, Athena). It is a gift she bestows on the worthy. 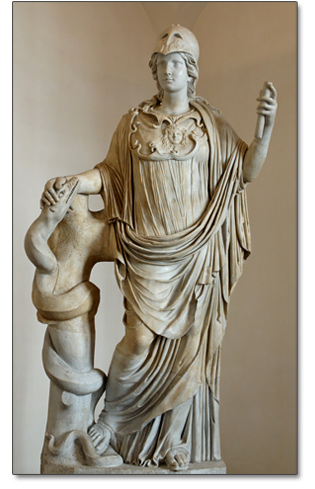