What are Polygamy and Polyandry?

The words polygamy and polyandry refer to a mating pattern in which an animal mates with more than one animal of the opposite sex. Among animals this is a normal sexual behavior for procreation. We who call ourselves "human beings"—but are not yet since we have not returned to the Edenic state—are actually just animals with intellect, therefore the animal tendencies remain very strong in us, and are in fact the cause of our suffering. A real human being has cleansed themselves of their animal nature, and become human. This teaching is hidden in the scriptures of all religions.

"So Elohim created Adam in its image, in the image of Elohim was Adam created; it was created male-female." - Genesis 1:27

Adam, one creature who was both male and female, was given dominion over nature, and was able to perceive God and talk to God directly. This was on the sixth day of Genesis.

Later on, the separation of Adam into two sexes was made in order for Adam to acquire more knowledge. The woman was brought in order to help Adam advance spiritually.

"And Jehovah Elohim commanded the man, saying, Of every tree of the garden thou mayest freely eat: But of the tree of the knowledge of good and evil, thou shalt not eat of it: for in the day that thou eatest thereof thou shalt surely die. And the Jehovah Elohim said, [It is] not good that the man should be alone [singular]; I will make him an help meet for him. And Jehovah Elohim caused a deep sleep to fall upon Adam, and he slept: and he took one of his ribs, and closed up the flesh instead thereof; And the rib, which Jehovah Elohim had taken from man, made he a woman, and brought her unto the man. And Adam said, This [is] now bone of my bones, and flesh of my flesh: she shall be called Woman, because she was taken out of Man." - Genesis 2 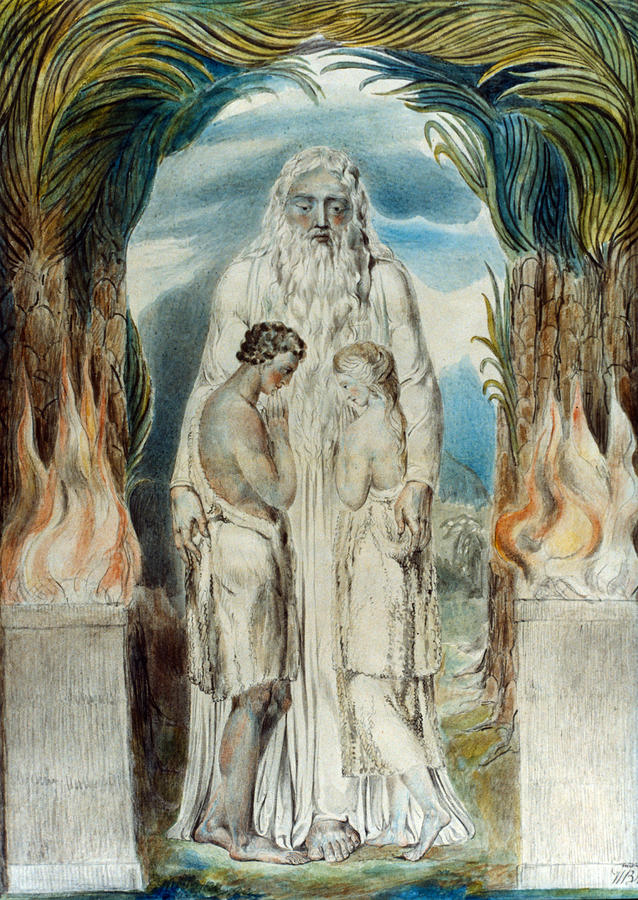 Therefore, the man and woman originated from the same flesh. After the sexes are separated, it is said:

"...Therefore shall a man leave his father and his mother, and shall cleave unto his wife: and they shall be one flesh [again]." - Genesis 2:24 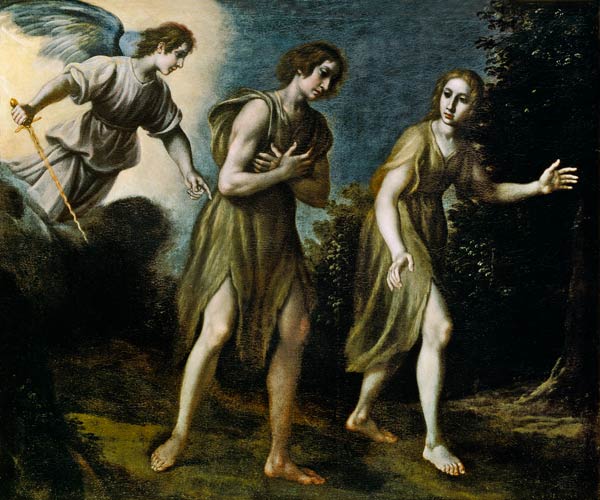 To return to Eden, it is necessary to stop making the mistake that caused us to leave Eden. That is, we need to cast off the animal skins (animal behavior), and return to "and they shall be one flesh," while not eating of the fruit of the Tree of Knowledge (Daath): the orgasm.

Animals—who are ignorant—perform the sexual act with many partners in order to preserve their species. Animals have collective mind and collective sexuality. Animals are not individuals, but collective. The real human being does not practice this sexual generative behavior because it is animal; the Human Being is the mystery of the double polarity of Elohim (male-female: one flesh). Husband and wife form a complete positive-negative Elohim.

"...Therefore shall a man [singular] leave his father and his mother, and shall cleave unto his wife [singular]: and they shall be one flesh." - Genesis 2:24

When in the intellectual animal kingdom, a male or female of any of the species wants to become a human being, it is required to practice sexual union only with one partner, because if a male or female copulates with another, then another polarity is formed. These multiple polarities are called "adultery" because they adulterate "and they shall be one flesh," resulting in multiple connections, that fortifies their animal ego.

The sexual life of the human being is of "one flesh," forming in the internal worlds an Elohim that creates the soul and spiritual awakening.

The sexual life of the polygamists and polyandrists creates in the internal worlds monstrous forms, compiled and merged parts of many bodies and partners, truly grotesque creations that exist in hell.

Thus, polygamy and polyandry do not relate to the human kingdom. Polygamy and polyandry cannot create the human being of the sixth day of Genesis. Those who want to return to the Edenic state have to form an Elohim first: a stable of union of male and female, that harnesses all of their energies in order to free themselves of suffering. 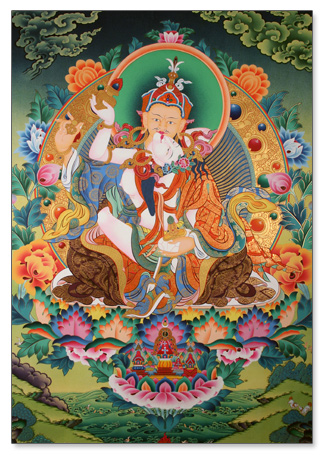 Polygamy and polyandry cannot awaken the fire of the Holy Ghost (Kundalini) because they are animal sexuality. The Kundalini—the creative fire of divinity—is the power of Gods, not animals. This is why in the Bible only those who have one wife are considered candidates for spiritual leadership (for example: Deuteronomy 17:17, 1 Timothy 3:2 and 12, Titus 1:6)

In polygamy and polyandry, the Genesic waters remain stagnant, unfertilized by the Ruach Elohim. Adam is the mystery of the double polarity of Elohim. Therefore, a male or female animal that practices polygamy or polyandry cannot become a human being.

Those who promote polygamy and polyandry are only seeking justifications for their lust.

Unfortunately, because we committed so many sexual mistakes already, we now bear the karma of our previous relations. In some cases, to pay karmic debts, some have to pass through multiple, successive (not simultaneous) relationships yet maintain chastity and upright behavior, thereby correcting their mistakes. This is why certain Masters (not intellectual animals) had several subsequent partners (not simultaneous partners). These cases are not for pleasure but to pay karmic debts. This is a painful process, required by the Divinity. Those who pass through this type of experience are required by the Law to do so.