It came to pass then, when that light-power had come down over Jesus, that it gradually surrounded him entirely. Then Jesus ascended or soared into the height, shining most exceedingly in an immeasurable light. And the disciples gazed after him and none of them spake, until he had reached unto heaven; but they all kept in deep silence. This then came to pass on the fifteenth day of the moon, on the day on which it is full in the month Tybi. 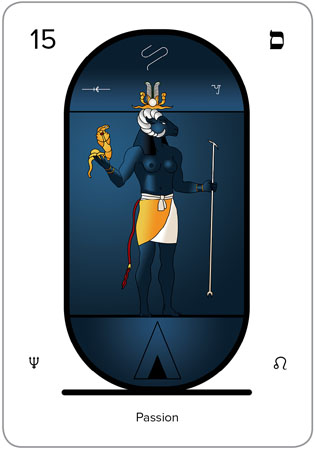 Unquestionably the ascension of the inner Christ within each one of us can be attained by means of the Fifteenth Mystery, which is the mystery of Typhon Baphomet.

The mystery of Baphomet is solved with the Sixth Mystery; you know this.

The Hermetic figure of the Baphomet was never absent from the houses of the old alchemists of the Middle Ages.

Lucifer-Baphomet grants us the sexual impulse, through which the realization of the Great Work is possible.

When we wound Baphomet to death with the lance of Longinus, we transmute lead into gold.

Sexual transmutation is fundamental for Christification. This is the mystery of Baphomet.

Indubitably, if we spill the Hermetic Glass, then metallic transmutation is absolutely impossible.

Those who learn how to utilize the sexual impulse intelligently can perform the Great Work.

The ascension of the inner Christ within us is absolutely possible when we have comprehended the Fifteenth Mystery, which is the same mystery of Lucifer-Baphomet.

The confusion of the powers and the great earthquake

The ascension of the intimate Jesus Christ is a sexual mystery of practical and transcendental Alchemy.

The ascension of the intimate Jesus Christ within us is certainly clear by means of the wise combination of the three Amens. I am emphatically referring to the three fundamental forces of Nature and the cosmos.

The three forces, positive, negative, and neutral, when wisely combined in the flaming forge of Vulcan, originate the human transformation, the ascension of Christ within us.

Stella Maris, the Divine Mother Kundalini , guides the navigator within the boisterous ocean.

The victorious inner Christ is the Red Christ.

The revolutionary Christ, the rebel Christ, causes all the powers of good and evil to be agitated.

The Red Christ can never be comprehended by the powers of good and evil.

All the powers of heaven are in agitation and set into motion, one against the other, in the presence of the strange procedures of the revolutionary Logos.

Indeed, all the Beings, all the Aeons, and all the Regions of the Tree of Life and their Orders are in agitation in the presence of the Red Christ.

The profound inner Christ must fight a tremendous battle against the eternal enemies of the night who are within us here and now.

These enemies are the disloyal ones, the diverse psychic aggregates that personify our psychological defects.

The ascension of Christ within us is a sexual problem.

The powers of light and the powers of darkness are in agitation, and revolve when the resurrection and ascension of the inner Christ occurs within us.

The inner Christ must fight against the powers of good and evil.

The inner Christ is beyond good and evil.

The inner Christ grasps the sword of cosmic justice.

The powers of good and evil fight amongst themselves while in the presence of the Christic events.

The three primary forces of Nature and of the cosmos must be crystallized within the human being.

The Sacred Absolute Sun wants to crystallize the three primary forces within each one of us.

The initiate is developed under the constellation of the Whale.

The inner Self-realization of the Being would be impossible without Lucifer-Baphomet.

Lucifer originates the sexual impulse within each one of us.

If we control the sexual impulse and transmute the sacred sperm, then we rise from degree to degree.

All the work of the Great Work is performed in the Ninth Sphere.

The Ninth Sphere is sex.

Those who spill Hermes’ Glass fail in the Great Work. 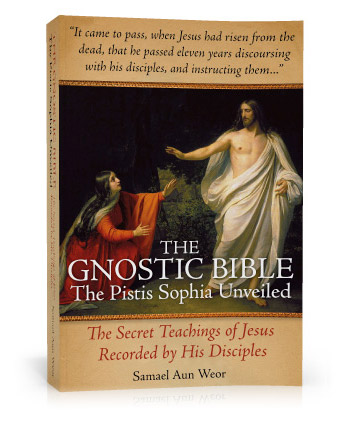