The pseudo-occultists and pseudo-esotericists divide the ego into two “I’s”: The superior “I” and the inferior “I.”

Superior and inferior are a division of one organism itself.

The superior “I” and the inferior “I” are both the “I”; they are the whole ego.

The Innermost is the Being. The Being is the reality. He is what is not temporal; He is the Divine.

The Being, the Innermost, did not have a beginning, and so He will not have an end. He is what He is. He is what has always been and what always will be.

The “I” continues after death. The “I” returns to this valley of tears in order to repeat events, to satisfy its passions and to pay karma.

The Being does not belong to time. 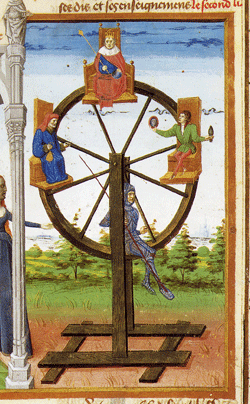 To continue means to postpone our errors and pain. Therefore, what we must do is to die from instant to instant in order for us not to continue. It is better ‘to be’ than to continue.

The “I” is the origin of the error and of its consequence, which is pain. Thus, as long as the “I” exists, pain and error will continue to exist.

Pain disappears when we cease to exist in all of the levels of the mind. Only by dissolving the psychological “I” do we radically cease to exist.

The “I,” the ego, is constituted by thousands of little “I’s,” which continue after death and return to this valley of tears in order to satisfy its desires and to pay karma.

As a movie of successive events, the “I’s” pass in a successive order on the screen of life, in order to represent their own role within the painful drama of life.

Each “I” of this tragic movie of life has its own mind, its own ideas and criteria, since one thing, which pleases one “I,” displeases another “I.”

The “I” that today swears loyalty before the Gnostic Altar, is later on displaced by another “I,” which hates Gnosis.

The “I” of a person which today swears eternal love to a beloved one, is later on displaced by another “I,” which has nothing to do with that person or with that oath.

The intellectual animal, mistakenly called “man,” has no individuality, because he does not have a Permanent Center of Gravity. He only has the pluralized “I.”

Therefore, it is not strange that many people become affiliated with the Gnostic Institutions, and later on, they become enemies of them.

By purchasing a print edition of "Elimination of Satans Tail", you get a high quality, permanent source of profound knowledge, you help us print more books, keep this website online, and allow us to give free books to prisoners, churches, libraries, and more.
Pick a Bookseller