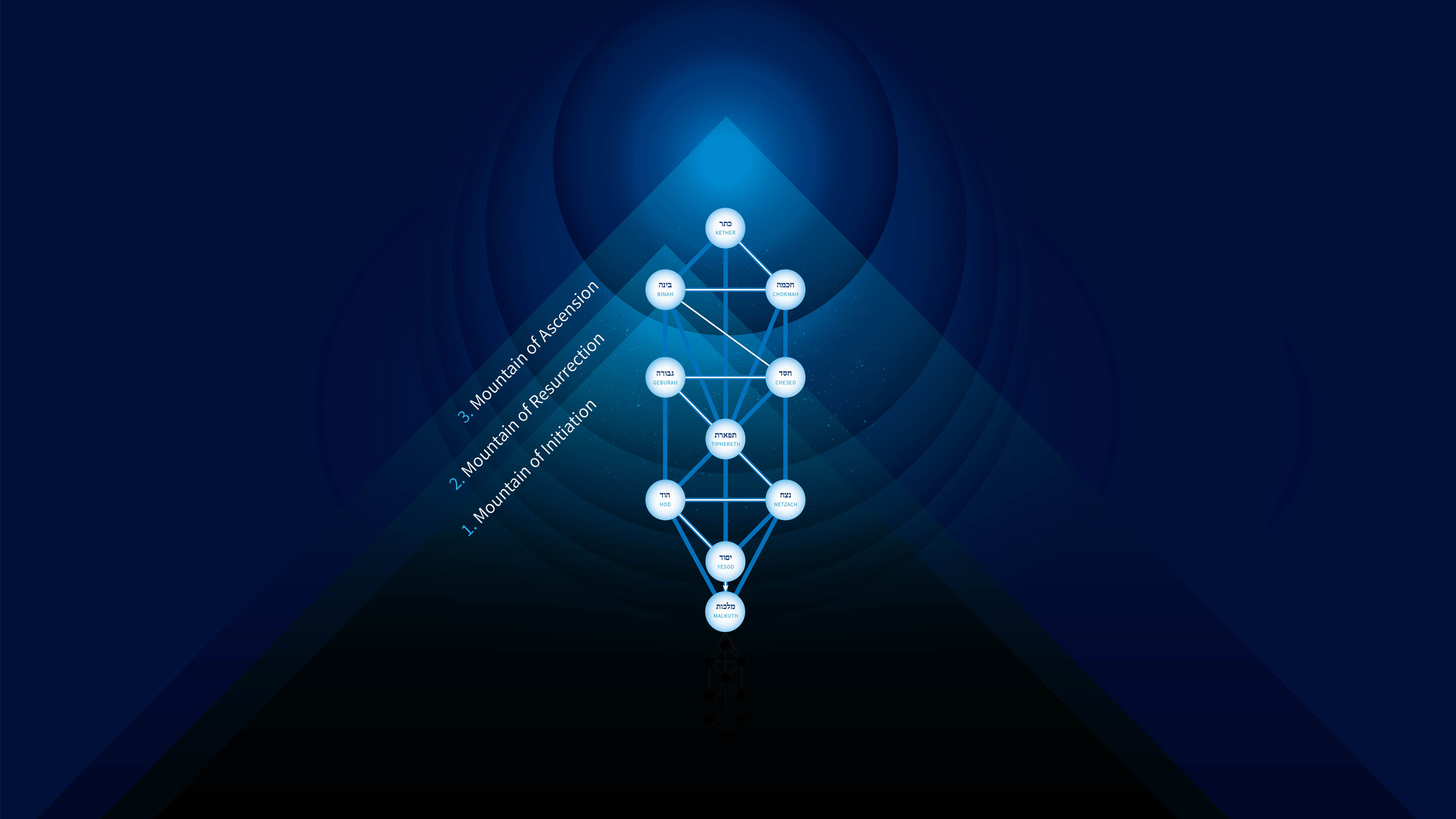 What are the Three Mountains?

"Without wanting to hurt delicate susceptibilities in any way, we must emphasize the basic idea that a variety of venerable institutions coexist within the cultural-spiritual environment of contemporary humanity that very sincerely believe they know the Secret Path. Nonetheless, they do not know it. In all the books of ancient times, the Secret Path is cited. This Path is quoted and mentioned in many verses; yet people do not know it...."

“The Zohar teaches that Matromethah (Shekinah, symbolically the wife of Metatron) is "the path towards the great Tree of Life, the powerful tree," and the Shekinah is the divine grace.

“There is no doubt that this marvellous tree reaches the celestial valley and is found hidden within the Three Mountains.

“This tree ascends towards the heights of these ‘Three Mountains.’ Afterwards, it descends again towards the bottom.

“The Tree of the Knowledge of Good and Evil grows from the roots of the Tree of Life." —Samael Aun Weor, The Three Mountains 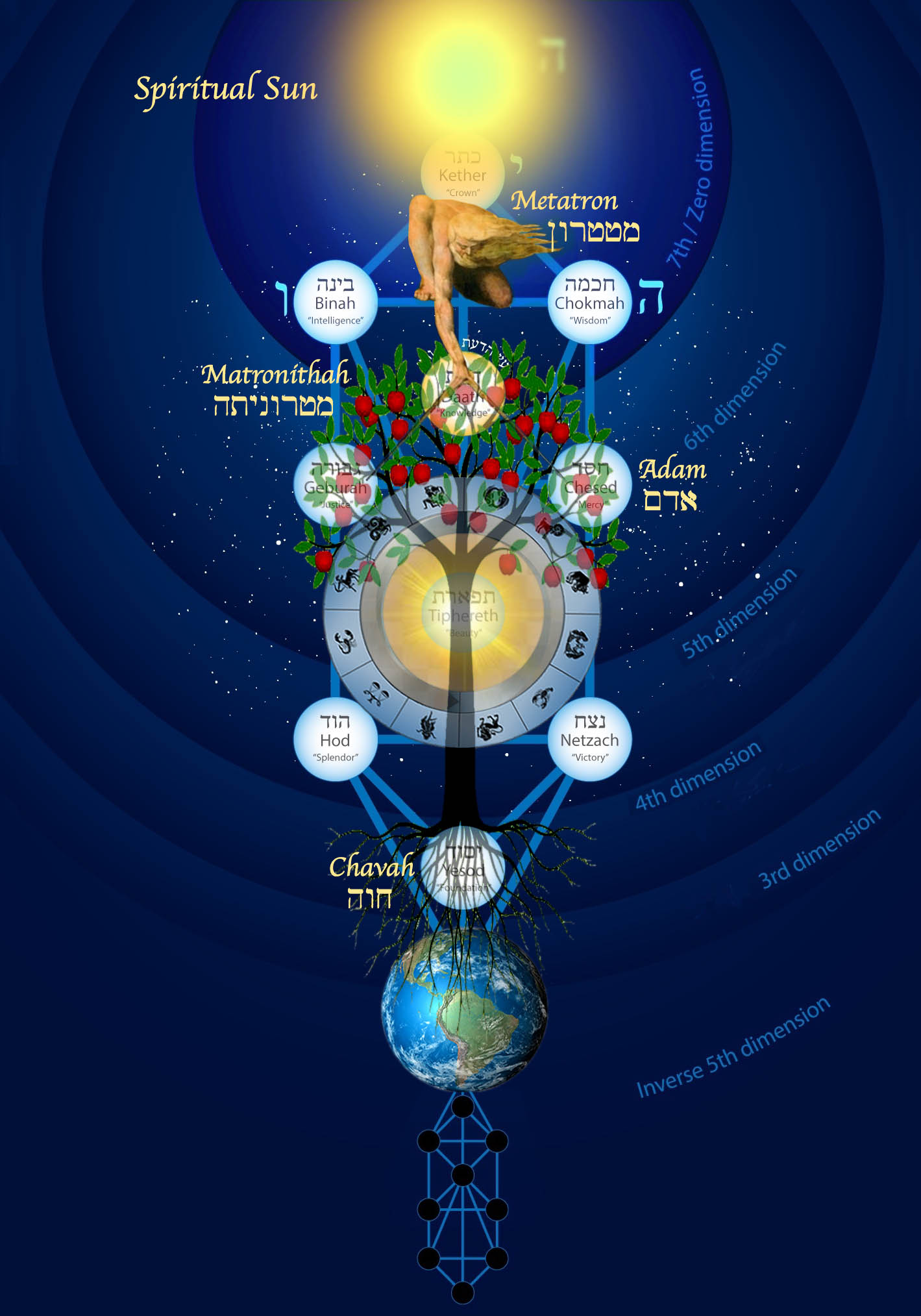 "But of the fruit of the tree which is in the midst of the garden (which canopy is in Daath, the throat, which is a feminine sexual organ, where the Logos is gestated), Elohim hath said, Ye shall not eat of it, neither shall ye touch it (because its roots are in Yesod, the genitalia, the most sensitive organ of the sense of touch), lest ye die (because your physicality will fall to Limbo, Klipoth, the tree of death, where Saturn, Binah, will kill you physically and psychologically through the second death)." - Genesis 3: 3

The process of perfecting the human being is symbolized by three mountains, which are successively higher stages of spiritual and psychological work.

They are preceeded by probationary tests called initiations of minor mysteries.

The first mountain, also called the Mountain of Initiation, begins with the Initiations of Major Mysteries (serpents of fire). Here, the solar bodies are created.

At the fifth initiation, one chooses between the straight or spiral path. Only those who choose the straight path, the path of the Bodhisattva, incarnate the Christ and continue on the three mountains. Their next step is the Venustic Initiations (serpents of light), which Christifies the solar bodies.

Next, they enter the second mountain, the Mountain of Resurrection, which consists of the elimination of the entire ego and karma, and its stages are symbolized by the Hours of Apollonius, the Labors of Heracles, and the Repentances of Pistis Sophia.

Once all karma is paid and all defects are eliminated, the second mountain is completed by the death of the impure physical body, which was created by fornication.

The completion of the second mountain includes the death of the physical body so that the consciousness can resurrect in a new, pure body. As it is written:

"And Jehovah Elohim (Binah) formed Adam of the dust of the ground, and breathed into his nostrils the breath of life; and Adam became a living soul. And Jehovah Elohim (the Third Logos) planted a garden eastward in Eden (the fourth dimension); and there he put HaAdam whom he had formed (at the end of the Mountain of Resurrection). " - Genesis 2: 7

This is why Jesus died physically before his resurection and ascension. This is why Buddha Shakyamuni died physically: so he could resurrect in a new body, and ascend into the third mountain. All the masters who complete the second mountain die physically in order to pay the debt of fornication (ie. "the original sin," of eating from the Tree of Knowledge). Through that death and final purification they earn the right to return to paradise, being born anew in a physical body that was made without fornication, free of sin. No physical body that was created by fornication can ascend.

Finally, the newly resurrected master in their new, clean physical body enters the third mountain, the Mountain of Ascension, which relates to the trinity, the Trikaya (Dharmakaya, Nirmanakaya, and Sambogakaya), and the world of Atziluth, a world of total purity and divinity. Only purity can reside there, as it is written:

"And a river went out of Eden" (Genesis 2:10) [means] that there are no strange Klipoth ["empty shells" ie. psychological defects, egos] in the Tree of Life above (in Atziluth), as it is written: "For thou art not a God (אל El) that hath pleasure in wickedness: neither shall evil dwell with thee." (Psalm 5:4), but in the tree below (in Briah) does indeed have strange Klipoth." - Zohar 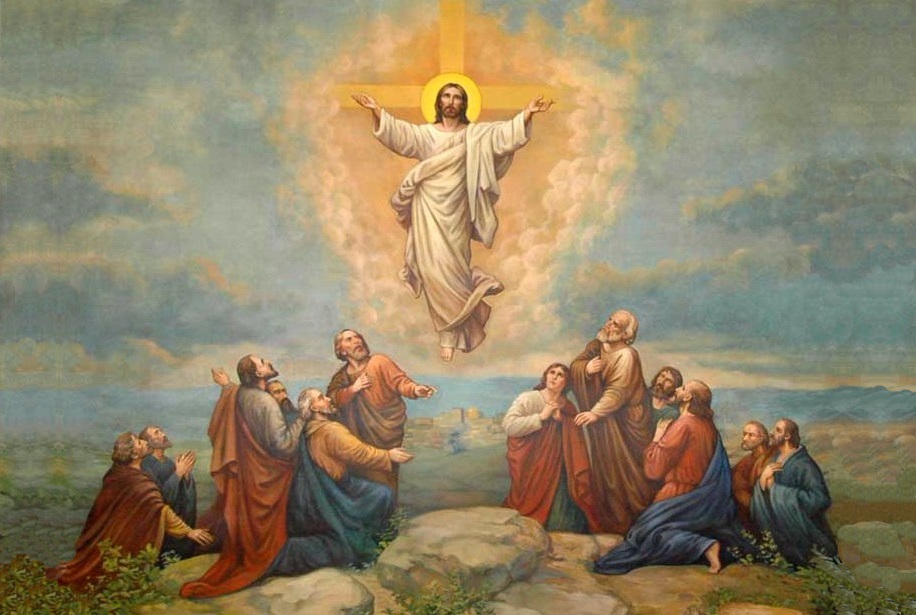 The Ascension of Jesus, which occurred after his death and resurrection.

Those who enter and work in the third mountain are totally clean of ego, and must now perfect the consciousness in greater degrees. Such individuals are resurrected masters, and are described as:

“…every Christified one has twelve bodies, twelve vehicles that are connected to the great reality.” —Samael Aun Weor, The Aquarian Message

Yet, they still have work to do to rise higher: to be dressed with the bodies of the Nirmanakaya (Binah), Sambogakaya (Chokmah) and Dharmkaya (Kether) requires extraordinary "ascension" of the consciousness into the perfection of wisdom (Christ).