The entire initiatic process of the Astral Body is found wisely enclosed within the symbolic narration of Joseph, son of Jacob. 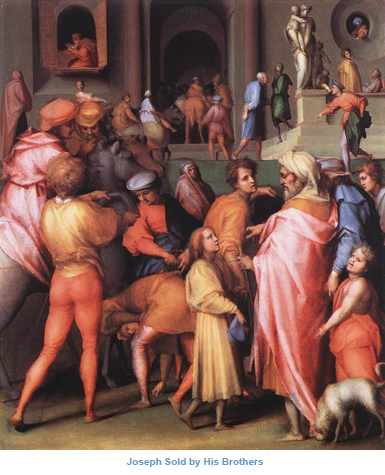 Joseph is sold by his own brothers. All our former companions betray us, sell us, when we resolve to tread the rocky path that leads us to Nirvana.

Joseph becomes the servant of a eunuch, and Christ stated: “There be eunuchs, which have made themselves eunuchs for the kingdom of heaven’s sake.” [Matthew 19: 12]

When Joseph resolves to follow the Path of Chastity, he is tempted by a woman and goes to the jail of bitterness, slandered and defamed, but faithful to his pledge of chastity. 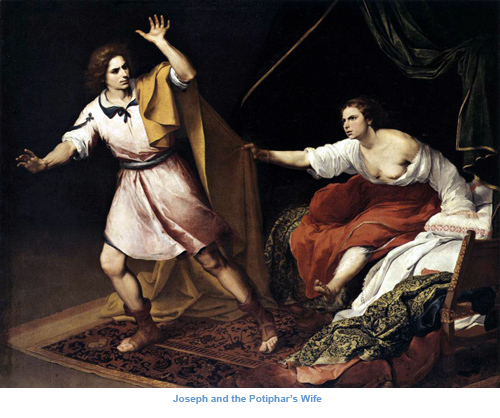 And in the prison of pain, we have no consolation other than the bread and the wine of the Transubstantiation. Christ is the cupbearer and baker.

There, it is only the cupbearer and the baker who suffer for us, that is to say, our redeeming Christic substance which redeems us and frees us from the prison of pain and bitterness, until it brings us before the feet of our internal Pharaoh, our sacred Innermost, our King, who makes us masters and lords of the entire land of Egypt.

This is how; we attain the High Initiation and prepare ourselves for the Resurrection of our Mediating Chrestos. The twelve sons of Jacob, in other words, the Zodiac (the twelve zodiacal constellations), fashion and transform us, until we find our Benjamin, through whom we resurrect and embrace our sidereal Father once again.

We have already explained in our previous books that the Innermost of each human being is a flame that was detached from the consciousness of a sidereal Genie, who is our Father who is in Heaven, the Father of our Innermost, our Jacob.

The silver cup of Benjamin is the semen through which our Astral Body resurrects among the dead.

Joseph’s wife Asenath is the Christ-Mind of the Arhat, she is the beautiful Helen, to whom Homer sang his Iliad, she is the daughter of the Priest of On, our Innermost, our true Being.

The sons of Joseph are Manasseh and Ephraim. Manases is a tenebrous mantra, within which are enclosed all those forces of evil which removed us from the house of our Father, and which took us out of Eden.

Ephraim is that powerful mantra which makes us fertile in the land of affliction, because it awakens all the powers of our Astral Body, and because it contains all the divine forces which allow us to return to Eden.

Our Joseph, in other words, our Astral Body, must become free from its imprisonment within corruption so that the resplendent star of Jacob can shine upon his head.

Benjamin shall ravin as a wolf: in the morning he shall devour the prey, and at night he shall divide the spoil. - Genesis 49:27

Our Benjamin snatches us from the abyss of evil; in the morning he devours the prey of the light, and at night he divides the spoils, when he uproots our Astral Body from the abysses of evil.

The archers have sorely grieved him, and shot at him and hated him:

But his bow abode in strength, and the arms of his hands were made strong by the hands of the mighty God of Jacob (from thence is the shepherd, the stone of Israel),

The blessings of thy Father have prevailed above the blessings of thy progenitors unto the utmost bound of the everlasting hills, they shall be on the head of Joseph, and on the crown of the head of him that was separate from his brethren (our Benjamin, who snatches us for God and for the Father). - Genesis 49:22-26

I do not mean to affirm that Joseph, the patriarch of Egypt did not exist; what I want to affirm is that the drama of Initiation is enclosed within the life of every Initiate.

Likewise, I am not denying the seven years of abundance and famine in Egypt, in accordance with the wise dream of the Pharaoh, which Joseph interpreted. There is no doubt that this occurred; but within all this is contained the Initiatic drama of an Initiate.

The twelve sons of Jacob are merely the twelve zodiacal constellations, within which we have been evolving and devolving.

The life of every Initiate was written related to purely symbolic figures, and it is only among Initiates that we can understand each other correctly.

Initiation is life itself; therefore, the life of an Initiate correlates to the same drama of Initiation.

Let us look at the following verses:

And Joseph was brought down to Egypt; and Potiphar, an officer of Pharaoh, captain of the guard, and Egyptian, bought him of the hands of the Ishmeelites, which had brought him down thither.

And it came to pass after these things, that his master’s wife cast her eyes upon Joseph; and she said, Lie with me.

But he refused, and said unto his master’s wife, Behold, my master wotteth not what is with me in the house, and he hath committed all that he hath to my hand. - Genesis 39:1, 7, and 8

These verses are a purely allegorical narration; for it is completely impossible for an eunuch, someone who is castrated, to have a woman. That is why, in order to understand the Bible, one needs to be a Gnostic, because the Bible is a highly symbolic book, and if we try to read it in the Protestant style, like one who reads newspaper columns, we fall into the most terrible absurdities.

The entire story of Joseph is a sacred chest within which the very drama of Calvary is enclosed. In order to understand the symbolic story of Joseph, the Patriarch, one needs to be an Initiate.

The third chapter of Genesis shows us how and in what manner man came out of Eden; this is why the chapters that deal with the story of Joseph are in the same Genesis, because they explain to us how the human being came out of the house of his Father, and how, and in what manner, the human being can return to the arms of his Father, and to the ineffable bliss of Eden, to the paradise, out of which he came.

Benjamin snatches us for God and for the Father.

The narration of Joseph encloses the secret to return to Eden, and this is why such a narration is found written in the same Genesis.

The woman tempts Joseph, and Joseph overcomes the temptation: this encloses the clue to Sexual Magic. Whosoever has ears, let him hear, and whosoever has understanding, let him understand, for there is wisdom within.