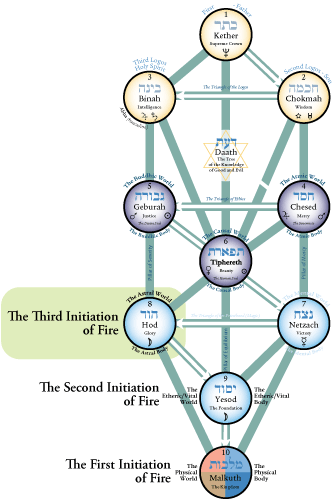 When the initiate has made the Kundalini of his Astral Body arrive at the heart, then he experiences the symbolic death and Resurrection of our Lord Jesus Christ in the internal worlds.

Then, in the internal worlds, the initiate lives out the whole drama of Golgotha in his Astral Body. 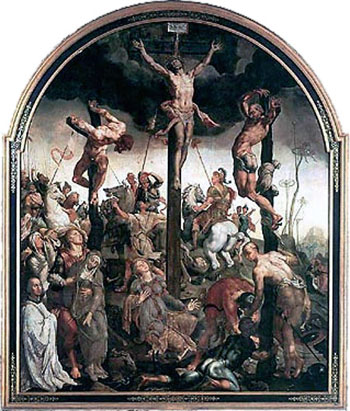 His Judas murders him and a son of Judas stabs the heart of the initiate, with the spear which Longinus wounded the side of the Lord. Then the seven terrific words of Calvary are delivered to the initiate; these words bestow power to the master over the seven great cosmic planes. These seven words are written with fiery characters on the seven columns of the terribly divine Temple of Wisdom.

The entire drama of Calvary has to be lived within the Astral plane by means of the Third Degree of the Power of Fire.

When the Third Degree of the Power of Fire arrives at the heart, the latter shines and becomes resplendent like a sun of extraordinary beauty.

The chakras in common and ordinary people are only the senses of their animal- soul . Their chakras are intimately related with the psychic-biological functions of their human organism. The Tattwas enter through the chakras and then into our endocrine glands; the endocrine glands then transform the Tattwas into hormones.

So, the Astral chakras are the gates of entry for the Tattwas.

However when the Astral Body is Christified by means of the Third Degree of the Power of Fire, then the seven chakras are transformed into the Seven Churches of which the Book of Revelation (Apocalypse) refers to. 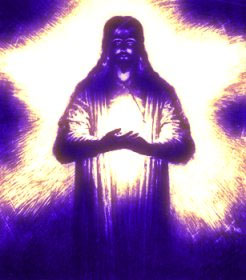 We stated in our book, entitled The Revolution of Beelzebub, that the Seven Churches are found located within the Soul -Spirit or Body of the Consciousness, this is how it is; nevertheless, when the Third Degree of the Power of Fire opens the Astral chakras, these are then transformed into the very Seven Churches.

Without the Third Degree of the Power of the Fire, the chakras are just purely senses of the animal- soul . Therefore, whosoever is only concerned with the development of the chakras, without working for their Christification, transforms themselves into black magicians.

Seen clairvoyantly, the God Agni looks like a newborn child; this God is a remarkable majesty of the universe.

Our Astral Body is transformed into a living Nazarene, filled with power and glory when we experience the event of Golgotha in the Astral Body.

This is why we say in our Ritual:

I believe in the Son, the Cosmic Chrestos, the powerful Astral Mediation which links our physical personality with the Supreme Immanence of the Solar Father.

In the Third Initiation of Greater Mysteries, the Astral Body passes through the symbolic death and Resurrection of the Divine Rabbi of Galilee.

Then, clairvoyantly, we see the Son of Man, our Chrestos, on his cross and thereafter, within his holy sepulcher of glass, before the Resurrection.

The initiate is then approved by a sidereal power, and the black magicians, full of anger, attack the initiate incessantly. The seven words then make the initiate omnipotent and powerful.

The occult name of the Astral Body is Zaphnath-Paaneah.

The name of the Astral Body is made up of compound names. The first is Zaphnath; this mantra corresponds to our inferior Astral; and the second word, Paaneah, is the Son, our Cosmic Chrestos, which links our physical personality with the supreme immanence of the Solar Father.

Our disciples must acquire the power of Astral Body projection. This power is acquired by vocalizing daily for an hour the sacred mantra Egipto. The vowel “E” makes the thyroid gland vibrate and grants the initiate the power of the occult ear. The “G” awakens the chakra of the liver, and when this chakra has reached its full development, then, the initiate can enter and leave the Physical Body any time at will. The vowel “I,” combined with the letter “P,” develops Clairvoyance in the initiate, and the power to depart in the Astral Body through the window of Brahma, which is the pineal gland. Pronounce the letter “T” with force over the vowel “O, “ which is intimately related with the chakra of the heart; this is how the initiate can acquire the power to project the self through this plexus and thus travel in his Astral Body.

The correct pronunciation of this mantra is as follows:

Those who still do not have the ability to project themselves in the Astral Body with our clues, lack this power. Therefore, they must first acquire it by vocalizing daily for one hour the mantra Egipto. This mantra develops the chakras related with the projection of the Astral Body completely. This is how the disciple acquires the power of entering and leaving the Physical Body at will. Once the power for astral projection is acquired, the disciple will enter and leave the Physical Body at will.

The Egyptian mantra that is used in order to project oneself in the Astral Body is the following: FARAON. This mantra is vocalized during those moments of transition between vigil and sleep, having the mind focused on the pyramids of Egypt.

The correct pronunciation of this mantra is as follows:

This mantra is for Astral Body projections, and as we already stated, it must be pronounced during the states of transition between vigil and sleep, concentrating the mind on the pyramids of Egypt.

However, as we have already stated, the disciples that do not have the power of Astral Body projection must first acquire it, by vocalizing the mantra Egipto for one hour daily.

The death, burial and Resurrection of our Chrestos is accomplished within us by means of the Third Initiation of Greater Mysteries.

That is, on the third day, our Cosmic Chrestos, our Astral Body rises from its crystal tomb (Holy Sepulcher). The Resurrection and solemn feast is then attained in the superior worlds of consciousness.

The Inner Master attends his solemn feast without material vehicles of any kind.

The mantra Ephraim has the power to develop all the chakras and powers of our Cosmic Chrestos.

This mantra is pronounced as follows:

All the occult powers of the Astral Body enter into activity with this powerful Egyptian mantra.

The vowel “H” is pronounced like a deep sigh, and the pronunciation of the letter “P” gives force to this vowel like when one is blowing out air.

The letter “H” is a vowel, even when the grammarians do not affirm it is. The “H” is the breath of life, the igneous breath, and when combined with the “P,” like this, “PH,” it gives the sensation of pressuring with the lips, the breath of life.

Thus, this is why this mantra contains remarkable powers.

The vowel “I” awakens the chakras of the head, and when it is combined with the vowel “M,” namely: “IM,” it acquires a remarkable power that diffuses through all the astral chakras, by animating and enlightening them.

The vowel “M” is pronounced as a sound that is felt in the mouth, but since the lips are closed, the sound has to come out through the nose. The vowel “M” contains remarkable powers.