Secret Notes of a Guru 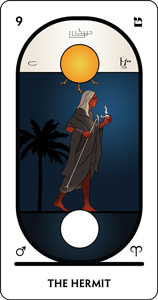 The Masters are working intensely for my freedom. My imprisonment was not because of karma, it was only a "tough ordeal," the price for an esoteric degree. I already gained such a degree, and therefore I no longer have to be in jail. I asked a Master why they did not give me freedom yet; then, the Master cut a piece of ice, and with a profoundly compassionate tone he told me, "There has been negligence."

Yes, indeed, my first lawyer did not defend me, so it was necessary to change him for another. There has been an icy-attitude, and that "icy-attitude" can be very well symbolized by the ice of government bureaucracy.

I just have sent some letters to my dear Gnostic Brother Julio Medina V. in which I requested a “supreme effort” from him concerning my freedom.

Last night, I also sent letters to my dear disciple Israel Bermúdez from Fundación. Frater Bermúdez is a physician, thus I have requested his assistance to free me from the claws of these doctors of the official science.

The united Masters of the White Lodge performed formidable prayer chains, so they are fighting for my freedom, but everything is “dual” in creation; thus it is necessary for intense activity in the physical world on the part of my friends, so that I can attain my freedom. Any "work" of "high magic" must be accompanied by another "work" in the physical world in order to achieve a rapid success: this is how the great successes of life are attained.

At these moments, a detective friend of mine has affectionately greeted me and told me that my case has no relevance; he informed me that my lawyer is in the Judicial Office, and that such a lawyer will soon put me in the street... I say to my heart of hearts: I will wait patiently...

I see activity in this jail; some prisoners dress gladly to leave in freedom. I, however, continue waiting with patience for my freedom.

I just received a visit from Julio Medina V. and he told me there is no motive for them to keep me in this jail, since there is not even a detention note for me. So, the Frater Julio Medina V. is optimistic; he says my lawyer affirmed that today he will set me free. Julio Medina V. is the author of the "formidable" preface that adorns the first edition of my book entitled The Revolution of Beelzebub. He has had mercy on me; he himself has financed my defense, thus, he is fighting for my freedom.

To the present date on this twentieth century, no delinquent has been corrected in jail. Jails are places of corruption; yes, in jail, many who were not thieves became thieves and criminals.

The plan of Julio Medina V. consists of replacing the jails with agricultural fields, of giving to each inmate a parcel of earth so he can cultivate it, and a house so he can live there with his wife and children, in order to avoid the sexual problem of jails. Likewise, inmates should have a savings bank; in that bank the inmates would keep the monetary income from their agricultural sales. Thus, the day on which the prisoner leaves the agricultural farm, he would have money in order to work in society. Within this system of inmate agricultural farms would be expert psychologists who would study the capacities of each inmate, as well as established schools or institutes with illustrative halls such as cinemas, libraries, conference halls, etc., where they can cultivate their capacities. Thus, through this system, physicians, dentists, shoemakers, engineers, etc., could come from those jails.

Julio Medina V. suggested that instead of guards, electrical wires of high tension could be placed around these extensive agricultural fields. Julio Medina V. welcomed this plan from a man with eagle vision, thus, he wonderfully developed it within his formidable study entitled "In the Vestibule of the Sanctuary."

To “reform” means to form again, and it is not possible form anew with evil but solely with the good; therefore, I believe that the plan which Julio Medina V. outlines in "In the Vestibule of the Sanctuary," is called for in order to fulfill a formidable mission in the future. Behold why it is impossible to disconnect “The Vestibule of the Sanctuary" from the rest of the book The Revolution of Beelzebub: such a book, as well as the The Perfect Matrimony, is called to be the cultural basis of Aquarius.

Another formidable point of "In the Vestibule of the Sanctuary" by Julio Medina V. is the economic problem of the world. By clairvoyantly observing the social organization of that beautiful humanity that will inhabit Antarctica, we see there the economic plan of Julio Medina V. crystallized; we see a happy humanity: everyone will live in their house, and will have a small orchard and a garden. There, nobody will be hungry, nor will be landowners, and everyone will plant in their orchards, and eat of their harvests.

This very same economic system prevails amongst cultured humanities of any advanced planet.

The humanity of the Earth will have to adapt themselves to such a sidereal cosmic order. Thus, this is why I consider that “In the Vestibule of the Sanctuary” will totally crystallize in the future; then everybody will have to admire the colossus who wrote such a study.

These have been my reflections in this morning full of hopes for my freedom. The Sun in the sky has arrived to its zenith, and I am still in this jail.

The gendarmes distributes some currencies to the prisoners so that they can be fed, or to send friends to buy food. Now, some lunches enter, and I, sunk in my reflections, continue meditating and writing.

At lunchtime, a friend of mine brought me copies of the defense presented by my lawyer, where he asks for my immediate freedom.

The defense is magnificent, and I believe that I will prevail. Nevertheless, I am not impatient myself; I have reached the conclusion that serenity is a true armor that makes us strong and powerful. Thus, anxious for knowing my immediate future, I open the Bible, and read the following verse:

But now Jehovah hath spoken, saying, Within three years, as the years of an hireling, and the glory of Moab shall be contemned, with all that great multitude; and the remnant shall be very small and feeble. – Isaiah 16:14

I understand the esoteric meaning of this verse, because I know that Christ resuscitated at the third day from among the dead.

I know that “the glory of Moab,” that is to say, the flamboyancy of Satan, is totally downcast when the Initiate receives the Third Initiation of Major Mysteries. I understand that the very small and feeble remnants are in the mental body, which are burned by the fourth degree of the power of the fire. Therefore, let the battle, let the fight come, because we are at war against that great multitude of "Moab," the atoms of the secret enemy.

Already the Sun approaches its setting, and even though I still am in this jail, I can happily finished this day the 18th with a note that Julio Medina V. just sent me. The note says thus:

Dear frater of mine: I just went with your lawyer to the Mayor’s office; the Mayor just left urgently with the staff to "Orihueca." They left at two o’clock in the afternoon, so he will return in the first hours of the night, therefore I decided to go later with Dr. Lazzo to the house of the Mayor so he can issue the order for your freedom, since the Mayor’s secretary says that the Mayor asked him if your subject-matter was already fixed, and the Secretary answered that there is no reason why you still are detained.

Therefore, we await the arrival of the Mayor in order to verbally request what we already requested by letter, which I sent you; as you can see, all of these events of “the traveling of these functionaries” are what in the end have delayed your freedom.

Your lawyer went fast in the diligences, because they had raised a summary on you, and in order to make a summary it is necessary to oppose proofs. Therefore, we have not left an instant, thus you can be sure, that your freedom will be fulfilled as soon as the Mayor arrives. 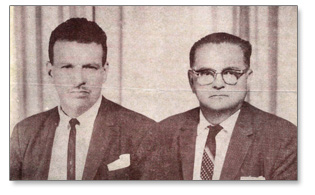 Therefore, this day the 18th I received the word of "freedom" and my lawyer and doctor "Lazaro Lazzo" won the lawsuit with a formidable defense.

That was all a monumental legal piece. March the 18th was then a true triumph for me...

By purchasing a print edition of "Secret Notes of a Guru", you get a high quality, permanent source of profound knowledge, you help us print more books, keep this website online, and allow us to give free books to prisoners, churches, libraries, and more.
Pick a Bookseller
Share This Page: