The Knights of the Holy Grail

Let us now enter onto the stage: we may and must locate the place of action in the ineffable septentrional bluish mountains, in gothic Spain…

It is unquestionable that Wagner sees precisely here and not in any other place the domains and castle of Monsalvat, which is occupied by the sublime Knight Templars, terrific custodians of the Holy Grail.

The law of contrasts is found written with characters of fire in the great book of Nature. It is obvious that the limit of light is darkness. Thus, the shadow of any sanctuary of glory is always a tenebrous den.

Hence, in no way is it strange that also around there, upon the meridian slope of the same mountains that looks towards Arabian Spain, is found the enchanted castle of the necromancer Klingsor…

“The costumes of the Grail knights and their squires are white tunics and white mantles, similar to the Templar Knights... Instead of the Red Tau, however, the symbol of a white dove in soaring, rising flight is displayed on their escutcheons and embroidered on their mantles.”

The place of that scene, instead of gloomy, indeed, is greatly severe and mysterious…

The indispensably austere, rock-strewn ground, in accordance with the initiatic traditions, shines in the center, in a very clear space.

Towards the left rises the painful path that leads to the castle of the Holy Grail. This can be seen by any initiate.

In the background, the field delectably slopes steeply down to the sacred lake of the mountain… This sacred pool, the initiatic lake, one among the representation of mysteries, eternal scenario of any temple, as still is shown in the present Hindustani sanctuaries, cannot be missed in the dominions of the Holy Grail.

After the sun and its fire (that is its fecundating awakening vibrations of life in all of the areas of the planet), the water, the terrestrial feminine element, the great Mother or nourishing Cow, is the very base of life, who is symbolized in all theogonies with thousands of lunar names: IO, Maya, Isis, Diana, Lucina, Ataecina, Calquihuitl, and many more…

It is obvious and known by everybody that in this, our world, the crystalline fluidic element always presents itself under two opposite aspects, namely the static and dynamic. It is not irrelevant to remember the always peaceful, profound, and delectable lake, and the boisterous river…

Therefore, the peaceful lacustrine state invites us to reflection… Indeed, the water is never so active as when it is shown to us in a tranquil fountain.

Delving then into this theme of profound meditation, we warn in this moment that the legitimate concept of “lake” can and must be philosophically applied in a deep, esoteric manner.

It is important to know with complete clarity that from such spermatic, genesiac, or lacustrine static waters comes the splendid substantial hieroglyphic of the eternal zero…

It is urgent to comprehend that from the dynamic or fecundating waters of the boisterous river emerges as if by enchantment the double line of Aquarius that is the initial hieroglyphic of the letter M, with which the eternal feminine element is designated everywhere: Mother, Mater, Mama, Mary, Maya, Mer.

The straight line of the singing rivulet that audaciously passes through the peaceful lake comes to form the primeval hieroglyphic of IO, in other words, the holy 10, the tremendous foundation of our decimal system.

This remind us of the terribly divine signs of Shiva, the Holy Spirit: the black lingam inserted into the yoni. 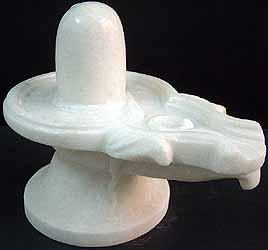 It is a profoundly significant, concrete fact that in the Christian Gospel the lake and sea play a formidable and mysterious role in the most extraordinary moments of the preaching of the great Kabir Jesus…

The Gospel clearly states that when Jesus began his mission he went to Capernaum, which was a city upon the sea coast of Galilee, of which Esaias the prophet wisely spoke of, saying,

“The people which sat in darkness saw great light; and to them which sat in the region and shadow of death light is sprung up.” - Matthew 4:16

Therefore, walking by the shore of the sea of Galilee, the great Kabir Jesus chose as his first disciples the fishermen Simon, called Peter, and Andrew his brother, “so that he can make of them fishers of men.”

When John the Baptist was beheaded, the great Kabir Jesus “departed into a desert place by ship privately” (St. Mark 6:32), in other words, into the “Jinn” lands. Here with the multitude is where he performs the extraordinary and astonishing miracle of the five loaves of bread and two fishes, from which ate about five thousand men, not to mention women and children. Moreover, they took up twelve baskets full of fragments (St. Matthew 14:15-21).

Therefore, it would be more than impossible for the sacred lake of the great archaic mysteries to be missing from the domains of the castle of Monsalvat.

The esoteric water is the Ens Seminis of the ancient medieval Alchemists, within which is found the Ens Virtutis of the fire.

By purchasing a print edition of "Parsifal Unveiled", you get a high quality, permanent source of profound knowledge, you help us print more books, keep this website online, and allow us to give free books to prisoners, churches, libraries, and more.
Pick a Bookseller
Share This Page: