Description of the Serpent 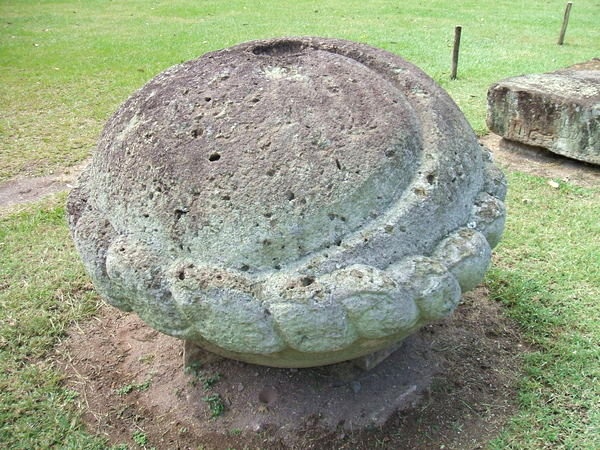 Even though this stone is a little destroyed, it represents the serpent.

There is a canal, called Sushumna in the East, along the spinal medulla; the Kundalini ascends through it awakening all of our occult powers.

When the cup of Hermes is spilled, then we commit the crime of the Nicolaitans. The Kundabuffer is the sexual energy projected towards the atomic infernos, and which enslaves us to the abyss.

It is only possible to awaken the Kundalini with Sexual Magic, the Arcanum A.Z.F.

The Kundalini is coiled three and a half times, and when it awakens, it hisses like the serpents.

With tears in my eyes, it tears my heart to have to reveal things that should not be revealed, because it is like casting pearls before swine. However, poor suffering humanity needs them, and though it is distressing, I must reveal something about the flying serpent.

In the Popol Vuh of the Mayans, the bird and the serpent feature as sexual creators of the universe. Tepeu and Gucumatz sent a sparrow hawk to the immense ocean of great life to bring the serpent, whose marvelous blood they kneaded into yellow and white maize. The Popol Vuh states that with this dough of white and yellow maize mixed with the blood of the serpent, the God Tzacol formed the flesh of people.

The goddess Coatlicue is the mother of life and death (the ens seminis).

Indeed, the sexual fire of the Third Logos makes the waters of life fertile in order for the universe to emerge.

In the Mayan theogony, two gods intervened in creation: one who gives life and form to man, and the other who gives him consciousness. The Third Logos makes the waters of life fertile, and when they have been fertilized, the Second Logos intervenes, infusing consciousness into every organism.

The ineffable gods are the vehicles of action for all the Logoic forces. The sparrow hawk H'ch'uuy, the macaw Mo, the kestrel X'Cen Cen Bac, the tapir, Tzimink, Aax and the serpent Can are the basic components of the Mayan geogenetic myths.

These symbols are used exoterically and esoterically. In the exoteric or public field, they symbolize tribal facts, historical incidents, etc. In the esoteric or secret aspect, this matter is highly scientific, profoundly philosophical, sublimely artistic, and tremendously religious.

The quetzal of the Mayans is the feathered serpent, the serpent bird.

The igneous serpent resides enclosed within a membranous pocket situated in the chakra Muladhara, which is located about the same distance as the width of two fingers underneath the anus and two fingers underneath the genitals. When the solar and lunar atoms make contact in the Triveni, then the Kundalini — the igneous serpent of our magical powers—awakens, and victoriously ascends through the medullar canal toward the chalice (the brain), awakening all of the dormant centers of the human being.

It is necessary to practice chastity with our spouse for our entire life in order for the Kundalini to be awakened. (Study my book The Perfect Matrimony).