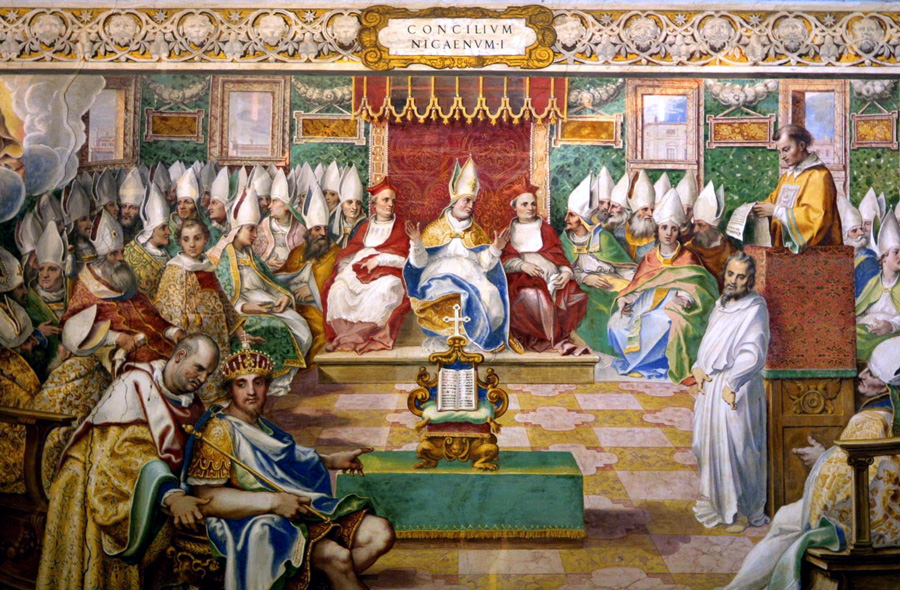 At the Nicene Council celebrated 325 A.D., two things were recognized: first, a man who incarnated the Truth; second, the doctrine, the primitive Gnostic Christian esotericism.

Jesus is the Christ because he incarnated the Christ. Jesus, Iesus, Zeus, Jupiter is the new Christ-man who in fact initiated a new era.

The Nicene Council was a necessity of the time because the ancient religious form of Roman Paganism had entered into total degeneration and death. It was becoming necessary to dress the universal cosmic principles of the cosmic religion with a new religious form. The Nicene Council was definitive: to initiate a new era, the religious principles were dressed in new clothes, and that is how Christianity was born.

The Titan Demi-gods, goddesses, sylphids, cyclops, and messengers of the Gods were rebaptized with the names Angels, Archangels, Seraphims, Powers, Virtues, Thrones, etc.

The terrible Roman Avernus, symbol of the atomic infernos of man and nature, was rebaptized with the name Hell.

Olympus, dwelling place of the gods, was converted into the Christian Heaven. Every religion has its Heaven. Let us remember the Chinese Heaven, the Heavens of the Gennans, of the Scandinavians, of the Japanese, etc. Every religious Heaven represents the Superior Worlds studied by occultism.

Thus, under the disguise of the new Christian man, the clerical organization was formed anew with the same attributes, ceremonies, miters, and liturgies of Paganism.

The Cult to Fire

The God Khristus (Christ) comes from very ancient cults to the god of fire. The interlaced P and the X represent the P (pyre) and the X (cross). Hence, this is the hieroglyph to produce the fire. That cult reappeared with the famous Nicene Council. It is necessary to produce the fire, to work with the sacred fire to achieve Christification. (The Arcanum A.Z.F. is the key).

The priestesses of the ancient mysteries with whom the initiates practiced Sexual Magic were Christianized with the different names of the nun orders. The sybil, vestal, druidess, popess, deaconess, menade, pythoness, etc., were transformed into novice, postulant, sister or nun, abbess, canoness, prelate, superior, reverend. It is a pity that these religious women have forgotten or lost the key of Sexual Magic. 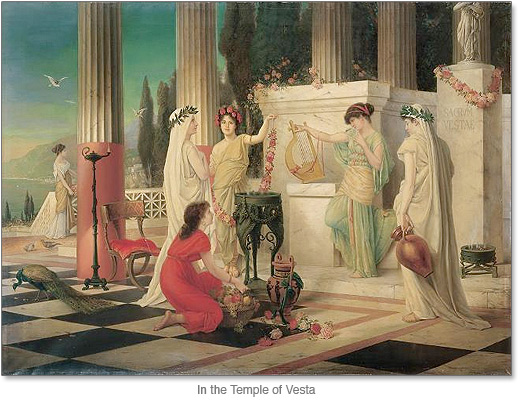 There were mystery schools with phallic worship in all civilizations. Without this worship, no one can achieve the Christmas of the heart.

In Asia and Africa, it is still easy to find the current of adoration to the lingam, yoni, and pudenda, and to the seed also.

Among many others, the following divinities were consecrated to the phallic worship: Siva, Agni, Shakti, in India; Legba in Africa; Venus, Bacchus, Priapus, and Dionysus in Greece and Rome; also the Jews had phallic idols, and forests consecrated to this worship, without which Christification is impossible.

In Greece and Rome, in the temples of Venus, Vesta, Aphrodite, and Isis, the priestesses of love marvelously exercised their sexual priesthood.

The nuns of Cappadocia, Antioch, Cyprus, and Byblos celebrated gigantic processions majestically carrying an enormous phallus made of sacred wood; they knew that the secret key to Christification is in the union of the phallus and the uterus.

In reality, all that comes to life has its germ, likewise it is true that the Internal Master is not born from nothing. The Internal Master is born from its living germ, which is deposited in the seminal system, in sanctity, in the Christ, and the synthesis of all religions is found in Sexual Magic. Every religion of the world has its esotericism, the Christ, Sexual Magic, and sanctity.

The universal Gnostic Christian Movement teaches the doctrine of the synthesis.

This chapter is from Supreme Christmas Message of 1961-62 (1961) by Samael Aun Weor. This book has not yet been published; help us publish it: make a donation.

By purchasing a print edition of "Supreme Christmas Message of 1961-62", you get a high quality, permanent source of profound knowledge, you help us print more books, keep this website online, and allow us to give free books to prisoners, churches, libraries, and more.
Pick a Bookseller