Beloved brothers and sisters of my soul , today we are going to study the Fifth Arcanum of the Tarot. This Arcanum is the flaming pentagram, the blazing star, the sign of divine omnipotence. This is the ineffable symbol of the Word made flesh, the terrifying star of the Magi.

When the pentagram elevates its two inferior rays towards the sky it represents Satan.

When the pentagram becomes light, it elevates only one of its rays towards the sky; this represents the internal Christ of every human being who comes into this world. 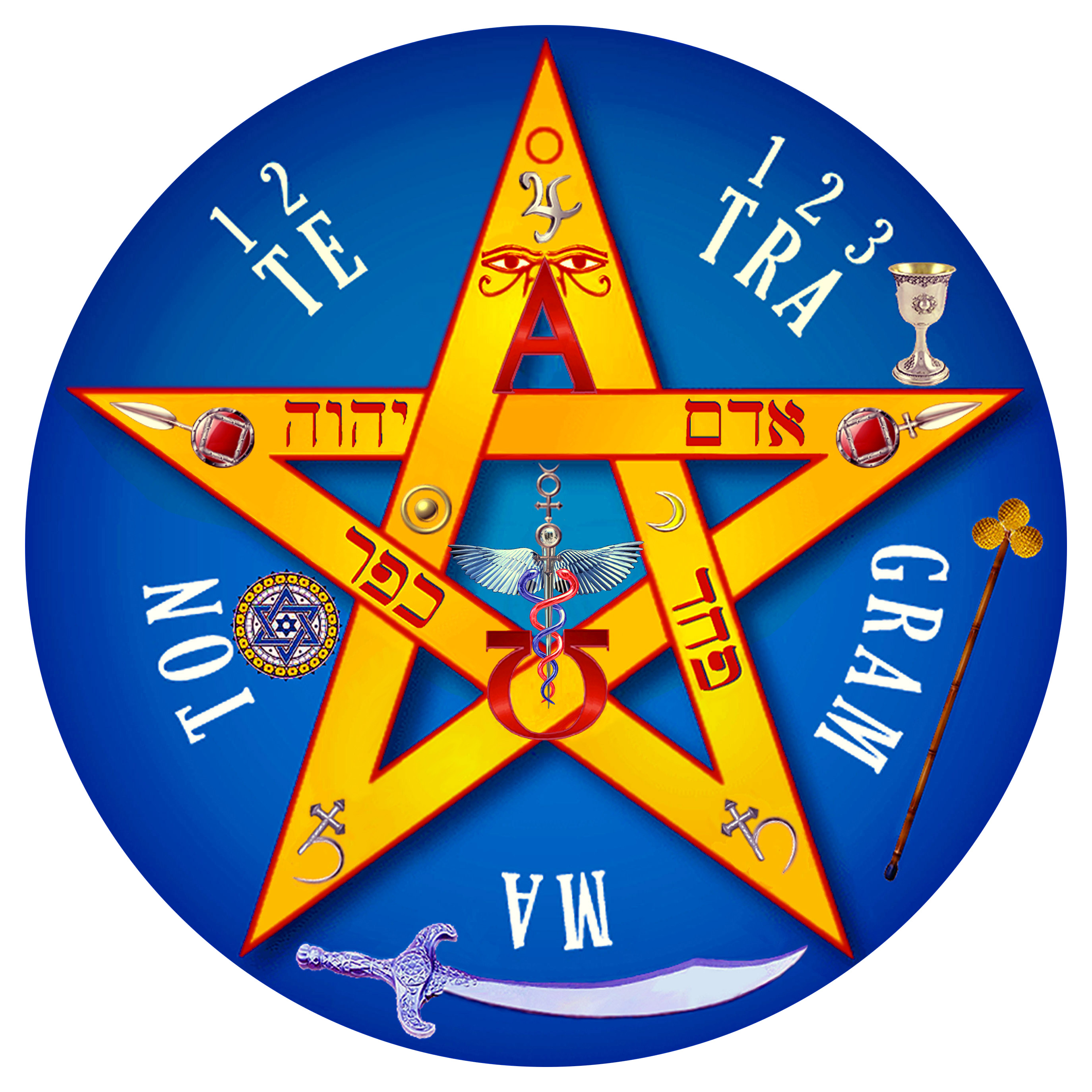 The human being with his legs and arms spread out to the right and left is the star of five points. Brain and sex live in an eternal struggle. Brain must control sex. When sex overcomes the brain, then the star of five points (the human being) falls into the abyss with the feet pointing upwards and the head pointing downwards; this is the inverted star, the male goat of Mendes. A human figure with the head aiming downwards and the feet aiming upwards naturally represents a demon.

The entire science of Gnosis is found summarized within the flaming star. Many Bodhisattvas (human souls of Masters) have fallen inverted, like the five pointed star, with the superior ray aiming downwards and the two inferior rays aiming upwards.

When any of these Bodhisattvas rise again, when this soul returns to the path, when this soul recapitulates initiations, then the brothers and sisters become astonished and say, “This fellow is only a beginner in these studies and now he boasts of being an initiate.” Truly, many times students judge a priori because they ignore the great mysteries. Therefore, we must know how to differentiate between a soul that is just starting these studies and a fallen bodhisattva. In Saint John’s Revelation 8:10, the pentagram (the five pointed star) falls from heaven (burning as if it were a lamp) and the human waters became bitter, they became wormwood. In Isaiah 14:12, the prophet said:

How art thou fallen from heaven, O shiny star (Lucifer), son of the morning? How art thou cut down to the ground?

Nevertheless, the luciferic star (the fallen soul ) will shine one day as the morning star in the right hand of the Word.

Many times a man or a woman in search of the divine torch of truth arrives at any Gnostic Lumisial; apparently the newly arrived is now a beginner, however, the brothers and sisters ignore what the soul of that person is; he or she can be a bodhisattva (the human soul of a Master) that wants to return to his own Father who is in secret. Thus, the brothers and sisters become overwhelmed when something superior occurs to the apparent beginner, then they say: “We, who are older in these studies, are not passing through what this beginner is now passing through,” thus, they ask themselves: “How is it possible that this person who has only just begun is boasting about being an initiate?”

Judge not, that ye be not judged. For with what judgment ye judge, ye shall be judged: and with what measure ye mete, it shall be measured to you again. - Matthew 7:1-2

We need to be humble in order to acquire wisdom, and after acquiring it we need to be even more humble. The Bodhisattvas fall because of sex, and they also rise up because of sex. Sex is the Philosophical Stone. The decapitation of Medusa (the Satan that we carry within) would be impossible without the precious treasury of the Philosophical Stone. Remember that Medusa is the maiden of evil (the psychological “I”), whose head is covered with hissing vipers. In occult science, it is stated that the union of the Sophic mercury with the Sophic Sulfur results in the holy Philosophical Stone. The Ens Seminis is the Mercury; Sulfur is the sacred fire of love.

We live now in the specific age of Samael; we live in the Fifth Era. Life has initiated its return towards the Great Light and in these moments we have to define ourselves by becoming eagles or reptiles, Angels or demons.

We are before the philosophical dilemma of “to be or not to be.” The Arcanum Five of the Tarot is represented by the Hierophant. The fifth sphere is definitive because here the human being holds in his hands the reins of his own destiny and becomes an Angel or a demon. 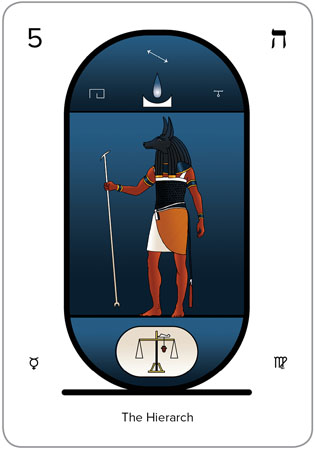 The great hierophant of the Tarot also appears seated between the two columns of the temple making the sign (the pentagram) of esotericism.

The number five is grandiose, sublime. Remember that the human being is also a star of five points; this human star must cleanse itself constantly with the five perfumes. If we can make a metallic pentagram and consecrate it, we can also consecrate ourselves with the same rites and perfumes that we use to consecrate our metallic pentagram. This is because the human being is a Star of Five Points.

Those who feel that they are polluted with larvae, or in misery, must smudge themselves with the five perfumes in order to become clean. This must be performed in conjunction with treading on the path of perfect chastity. In the Lumisials, this custom of cleansing the brothers and sisters that are full of larvae should be established. Thus, they will receive the benefit in their souls and in their bodies.