Zohar: Let There Be Light

"AND Elohim said let there be light and light was." 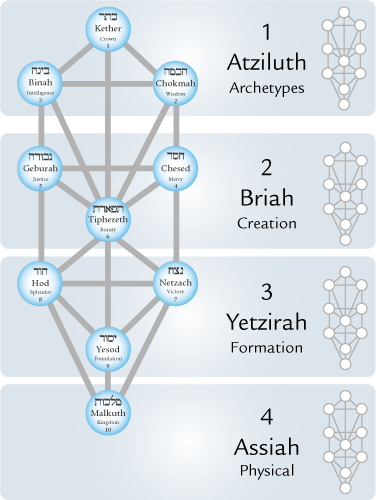 The higher light, the light of the orb (from the world of becoming) emanated first by the Holy One who caused Adam (Chesed), the protagonist (the Spirit), to perceive it so that he (Chesed) was able to view the (archetypical) world at a glance. This was the (archetypical) divine light enjoyed by David, who in a moment of Spiritual ecstasy exclaimed:

This was the self-same light by which Elohim showed Moses the promised land from Gilead unto Dan. From the beginning, this divine light was hidden and concealed, as the Holy One perceived that the generations of men who lived in the time of Enoch and Noah, and also during the building of the tower of Babel, would use it for selfish purposes. He imparted it to Moses, who made use of it three months after his birth, as it is written:

After which he was brought into the Presence of Pharaoh. Then the Holy One took it (the light) away from him until his ascent to Mount Sinai in order to receive the law. On that occasion it was again imparted to Moses and enjoyed by him during his lifetime. To such an extent was its manifestation, that it is said:

"The skin (עור) of his face shone, so that the children of Israel were afraid to come nigh unto him" (Exodus 34: 30).

Moses (the Causal Body) was so invested with this divine light that it seemed like a talith or garment about him (talith is a white shawl with fringed corners worn over the head and shoulders by Jewish males during religious services). This same divine light is referred to by the psalmist:

"Let light become and light became." Wherever in the Scripture this word יהי yehi (become) is used, it refers to or signifies this divine light, both within (the Spirit of) this world and (the Logos of) the world of becoming."

Said Rabbi Isaac: "The light created by Elohim in the work of creation, filled the world with its splendor, but was eventually withdrawn and concealed, why? In order that transgressors of the good law might not participate in it, and therefore the Holy One conceals and preserves it for the right-doers as it is written:

When it shall prevail again throughout the world humanity will become renewed and live the Higher life and make it one with angelic life. Till then, however, this divine light is concealed in darkness which is as a covering to it. And this is why Elohim called the light 'Day,' and the darkness He called 'Night,' the one being only a diminution of the other as it is written:

"He discovers deep things out of darkness, and brings out to light the shadow of death." (Job 12: 22).

Said Rabbi Jose: "The meaning of those words is this, that the great mysteries of life, at present veiled and hidden in darkness, become revealed (through psychological death) to the 'Illuminate' or enlightened by the adaptation of their modes of thinking, and thus comprehensible to the human understanding with its limited powers of expression, so that the words of Scripture are realized:

For this light to become perceptible there is the need for a language or audible speech. This speech is known by the term Sabbath: and because of its purity, it is forbidden to give utterance to any idle or profane word on the Sabbath day. This is why Rabbi Simeon used to say to his mother - whenever he heard her speaking on secular and profane subjects during the Sabbath day - 'Mother, remember today is the holy Sabbath, thus do not indulge in idle talk, for that is forbidden!' This form or kind of language is what should prevail everywhere because, as it symbolizes the union of the active principle of light (man) with the passive principle of darkness (woman), it is the only means for giving expression and form to the hidden mysteries of life (light)."

Said Rabbi Isaac: "If this is to be, wherefore is it then written, 'And Elohim divided the light from the darkness?'"

Rabbi Jose replied: "In order that light might give rise to day and darkness to night. Afterwards He associated them together and made them as one, wherefore it is written, 'And the evening and the morning were day one (one day) (Gen. 1) the evening, morning and day forming one whole.'"

Said Rabbi Isaac: "The creative Logos, the male principle was in the light and the female principle in the darkness until the manifestation of (Ruach) Elohim, thus, in the work of creation they (Abba and Aima Elohim) became unified, and formed the necessary complements of each other. If it be asked, why were they separated and disjoined? it was that there might be a distinction between them; and they became united in order that the true light might be found in its complement, the darkness, and the true darkness in its complement, the light. Though at present there are many different shades and degrees between them, yet, notwithstanding, they form but one whole, as it is written, 'Day, one.'"

Said Rabbi Simeon: "It is on this union of light and darkness that the whole universe is based and formed. In Scripture it is referred to and spoken of as a covenant. Thus it is written:

"If my covenant be not with day and night and if I had not appointed the ordinances of heaven and earth; then will I cast away the seed of Jacob, and David my servant, so that I will not take any of his seed to be rulers over the seed of Abraham, Isaac, and Jacob: for I will cause their captivity to return, and have mercy on them." (Jeremiah 33: 25, 26).

What is this covenant? It is the good law of justness, right and harmony that form the basis of all existence throughout the universe. The significance and mystery of this is expressed in the word zacor (remember). Day and night in their adjustment to each other symbolizing the great law of harmony and unity, it follows that it lies as the root of all created existence and therefore saith the Scripture, 'but for this covenant or union between day and night, I should not have established the laws and ordinances of heaven and earth,' and which in all worlds throughout the universe form one and the same rule of life."

Rabbi Simeon again spoke and said: "It is written:

'By the voice of the Mediator or Harmonizer, amongst those who draw forth water, shall be proclaimed the divine law of Jehovah's justness' (Judges 5: 11)

The voice of the Mediator (קול מחצצים Kol mkhtztzim) here signifies the voice of Jacob, the word mkhtztzim being equivalent to ash ha-benaim. 'Those who draw forth water' are they (the Sexual Alchemists) who draw the water of life flowing from an inexhaustible fountain on high that gives strength and vitality to every animated being. It is further added:

"And the clemency or goodness of Elohim shall be poured in abundance upon Israel, and the people of יהוה Elohim (those who live conformably to the good law) shall appear at the gates.' (Judges 5: 11)

Israel here signifies the Archetypes of light to whom as a heritage the Holy One has laid up and reserved this divine life forever when they become circumcised in heart, the sine qua non (something absolutely indispensable or essential) of its enjoyment. When this is not the case, then are realized the words of Scripture:

"And they forsook the אלהים יהוה of their fathers (Innermost), who brought them out of the land of Egypt, and followed other Elohim, of the Elohim of the people that were around them, and bowed themselves to them, and provoked יהוה to anger." (Judges 2: 12)

This apostasy lasted until Deborah, the prophetess, appeared and led them back into the true path; so that it is said:

"The people willingly offered themselves" (Judges 5: 2)

Furthermore, it is written:

'The inhabitants of the villages, ceased, they ceased in Israel until that Deborah (דבורה the word, the Kundalini ) arose, that I (the Logos) arose a mother in Israel'. (Judges 5: 7)

"What is the esoteric meaning of 'a mother in Israel?' The phrase refers to the celestial mother (Aima Elohim) by whom the heavenly waters of life were made to flow into the world (Malkuth), so that (through chastity) the children of light might be strengthened and established and the true source of it (light) be made known and manifested. This great unknown truth is referred to in the words:

"As a tempest that passes, so is the wicked no more; but the righteous is an everlasting foundation. (Proverb 10: 25)

The three (Kether, Chokmah, Binah) come forth from the one (Ain Soph). One (light - Ain Soph Aur) is in three (Logoi) which (in Briah) stands between two (Abba and Aima Elohim), forming a triad (Father, Mother, Son) from which has proceeded everything; so that One (light) is all (lights) and all (lights) is One (light); as it is written, 'It was evening (Ida-Woman) and it was morning (Pingala-Man), day one (Sushumna-Son), for the day, with its evening and morning, is one (light)'