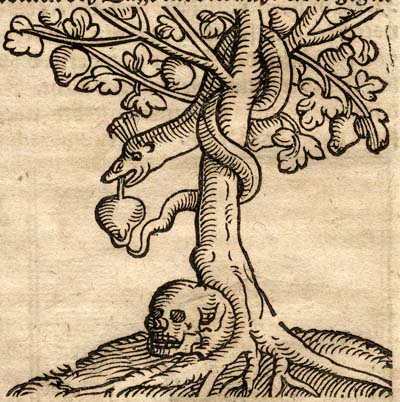 "And Jehovah Elohim commanded Adam, saying, Of every tree of the garden thou mayest freely eat: But of the tree of the knowledge of good and evil, thou shalt not eat of it: for in the day that thou eatest thereof thou shalt surely die." – Genesis 2:16, 17

From tradition we learn:

Thus, in saying, 'Of every tree of the garden thou mayest freely eat' indicates that Adam is permitted to eat even from the tree of knowledge, but together with God [Shaddai-El-Chai].

Thus we see that the patriarchs, Abraham, Isaac and Jacob, and other prophets, have eaten of the tree of knowledge and have lived.

Therefore, יהוה אלהים Jehovah Elohim warned Adam against [fornication] tasting of the tree of death, as it is written:

"But of the tree of the knowledge of good and evil, thou shalt not eat of it: for in the day that thou eatest thereof thou shalt surely die [For whosoever does so die as if he had taken poison]." – Genesis 2: 17

"But of the fruit of the tree which is in the midst of the garden, Elohim hath said, Ye shall not eat of it, neither shall ye touch it, lest ye die." – Genesis 3:3

‘The fruit of the tree' denotes (הזאת-Azoth) the sacred feminine force of Elohim. ‘Thou shalt not eat of it neither shall ye touch it, lest ye die,’ because as scripture states:

The fruit of the tree which is in the midst of the garden [is the sexual energy, הזאת-Azoth which] is salutary when it is gathered from the tree of life [spinal medulla] and lethal when plucked from another tree [that is נחמד nahemad, "pleasant to the sight"]. This latter was the fruit Eve referred to, viz., that of the tree of death and is described by the words of scripture just quoted.

"Now the serpent was wiser than any beast of the field which יהוה אלהים had made." - Genesis 3: 1

Said Rabbi Joseph: "The [fruit of the] tree of [knowledge] which we have been discoursing is [the sexual energy, הזאת-Azoth] nourished by supernal light, by which it became [the מרים raising Mary, the Shekinah] great, fair and beautiful to the light [of Kether in the pineal gland]. 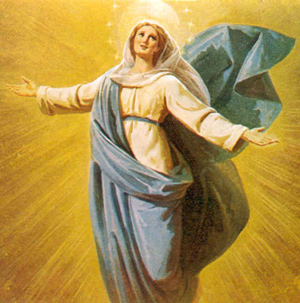 "Now the birth of Jesus Christ was on this wise: When as his mother Mary was espoused to Joseph, before they came together, she was found with child [light] of the Holy Spirit.

"Then Joseph her husband, being a just man, and not willing to make her a public example, was minded to put her away privily. But while he thought on these things, behold, the angel of יהיה appeared unto him in a dream, saying, Joseph, thou son of David, fear not to take unto thee Mary thy wife: for that which is conceived in her is of the Holy Spirit. And she shall bring forth a son, and thou shalt call his name Yeshua [Savior]: for he shall save his people from their sins.

"Now all this was done, that it might be fulfilled which was spoken of Jehovah by the prophet, saying:

"‘Behold, a virgin shall be with child, and shall bring forth a son, and they shall call his name Emmanuel, which being interpreted is, God with us.

"Then Joseph being raised from sleep did as the angel of Jehovah had bidden him, and took unto him his wife: And knew her not (through fornication but through sexual alchemy) till she had brought forth her firstborn son: and he called his name Yeshua [Savior]." – Matthew 1:18-25

Said Rabbi Yehuda: "Truly whosoever [knows] eats of this tree transgresses, as he who is found alone with a woman [Mary] when her husband [the Holy Spirit] is absent.

This therefore is what the serpent said to Eve:

"Behold! I myself have touched this tree, and still I live, do ye the same and ye will find you will not die, for Elohim has only forbidden you eating from it."

"And when the woman saw that the tree was good for food, and that it was nahemad [pleasant to the eyes], and a tree to be desired to make one wise, she plucked the fruit thereof, and did eat, and gave also unto her husband with her; and he did eat." - Genesis 3:6