How to Deal with Problems

It is necessary to learn to not forge problems for oneself in life; it is preferable, better, to go to the countryside, to live a life that is in harmony with the infinite.

Problems are no more than mental forms created by the mind. What is a problem? It is a mental form with two poles: one positive and the other negative. These forms are sustained by the mind, and cease to exist when the mind stops sustaining them.

What should we do? Resolve problems? No, that is not what is needed! Then what? What is needed is to dissolve them. How are they dissolved? Simply by forgetting them... When one is with a preoccupation [worry], go out to the countryside, and put yourself in harmony with all things, with all that is, with all that has been, and with all that will be.

To forget problems is basic. You will tell me, "It is impossible to forget problems," but it is possible. When one wants to forget them, all one has to do is to put to work another center of the organic machine. 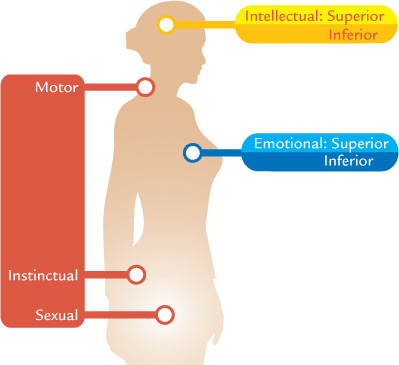 Remember that the human organism has five centers or cylinders that are very important:

These five centers are basic and indispensable, and we need to learn how to manage them.

Now, the intellectual person is the one who causes problems of all types. If you have problems, I already said to resolve them by forgetting them; the important thing in the end and after all is not to resolve them but to dissolve them, and for that we have to forget them. So, how we must proceed? We [the intellectual person] must put the emotional center to work. This is what we must do, because by doing so, the intellectual center rests, thus, in this manner, we forget the problem. Yet, if we wanted to work with another center, we would put into activity the instinctive-motor center, but that would be different.

Good then, I am giving you the clue to dissolve problems, and this is very important, right?

Nevertheless, you all might argue to me that through this system you cannot resolve, for example, the payment of a mortgage, or it cannot prevent us from being evicted from our home because non-payment of rent, or the payment of a debt, etc. I would tell you that facts are facts, and these unfold by themselves, yet the problem is something different. The problem is something that the mind creates; when one dissolves it, the problem in itself ceases to exist.

People are afraid of resolving a problem, they are afraid of forgetting it, and that is very grave. They think, for example, "If I do not pay the rent for my house, they will evict me, I have to leave the house, and where would I go? See, that is fear.

First, before everything, one has to learn to not be afraid, that is the most important: to not fear. Life holds many agreeable surprises for us when we cease to be afraid. Sometimes what appears to be unsolvable becomes solvable; what appears to be a problem with too many difficulties becomes much easier than drinking a cup of water. So in the end, fear is unnecessary, right?

By being preoccupied [afraid], one does harm to the mind. The preoccupation [fear)] creates a problem within which the mind becomes bottled. It is clear that the problem with its two poles—namely, one positive and another negative—is nothing more than a mental form that creates conflict inside, and then the preoccupation comes, which harms the mind, and harms the brain, too.

What I recommend to you all is to learn to live from instant to instant, from moment to moment. Learn to live without preoccupations [worries] of any kind, without forming problems. When one learns how to live from second to second, from instant to instant, without projecting oneself into the future and without the painful burdens of the past, one sees life from another angle, one sees it in a different manner, one sees it very distinctly. Do this practice; I recommend it to you.

It has occurred to me to talk to you all about this, in this forest of Xochimilco, given that we see many people who are happy; some come, others go, riding on horseback through all of these groves. The poor people come running away from problems that, indeed, they themselves created. But as much as they want to run, if they do not forget them, the problems will continue to exist. So then, that is the advice that I give you: never be afraid of anything.

Now, I do not want with this to say that there is nothing to do, that one should not work, that it is not necessary to acquire money for our subsistence or to pay our debts, etc. All of these should be done, but without creating problems in the mind.

Learn to manage the three brains (the intellectual, the emotional, and the motor) and you will see how you change.

If there is an emotional preoccupation, change the center: put the instinctive-motor brain to work; go out for fun, go horseback riding, go for a walk at least, but do something distinct, and you will see how your vitality does not diminish, the physical body will be rejuvenated marvelously, etc.

This, then, is the advice that I give you.

There are some who believe that when one comes to the world, it is because one was supposed to be born on that date or that determined hour—well, in that I do not have anything to argue—but they think that one has to die on a predetermined date, and at a predetermined age also, and that is something debatable. What happens is that the Lords of Karma give each one of us a determined capital of vital "values" that are deposited in the intellectual brain, emotional brain, and motor brain. If one drains any of these brains, one dies very rapidly, but if one conserves one's vital values, one can live until the age of ninety or one hundred, and even more. And so, what one has to do is to learn how to manage the three brains. Understood? Comprehend, because I am speaking to you of the intellectual person, the emotional person, and the instinctive-motor person.

Learn, then, how to handle your three brains with perfect equilibrium, and you will see that you can conserve your vital "values" and live a long life. This is similar to a person who goes on a trip with a determined amount of money. If he squanders the money, he will not arrive to the end of the trip, but if he conserves it, not only will he arrive to the end of the trip, but in addition he has the means to afford a magnificent hotel and return to his house in a tranquil manner.

So, I repeat: learn to manage your three brains. Did you understand me? 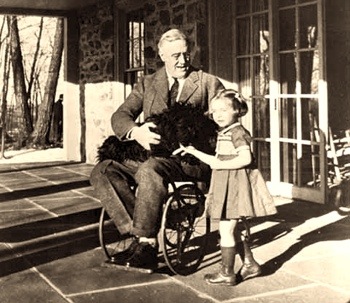 One always dies by parts. Look at F. D. Roosevelt, for example; he started to die when he became paralyzed—that is to say, the paralysis of his motor brain was the beginning that in the end produced his death. In regards to others, there are those who die because of their intellectual center: they abuse the intellectual center so much, they have so many worries, that they drain the "values" that are in the brain, and there it begins, until they finally die. There are also those like the big screen actors who abuse the emotional brain, they start abusing their emotional center, until finally this abuse affects their heart and they die.

That is how humanity is. You should not go down that path. Learn how to handle your three brains with perfect equilibrium. Do not squander the vital "values," and you will arrive to old age.

To learn more about this topic, read The Revolution of the Dialectic by Samael Aun Weor.