Beloved Gnostic brothers and sisters of mine, we are preparing ourselves in order to create a new civilization and a new culture. Nevertheless, first of all, we must give form to our army, since a new civilization and a new culture can only be founded in the world after raising the Golden Age. Missionaries who work in order to form the army will obviously become the paladins of the Golden Age…

Lo and behold how grandiose is the labor of missionaries, since these brothers and sisters abandon everything on behalf of Christ: they abandon their mother lands, their families, their goods, everything, in order to form the World Salvation Army. Undoubtedly, with their unselfish work, with their fecund and creative work, they will obviously be able to cancel their old karmic debts, in order to become completely clean of karma… This is why the work of the missionary is glorious: often, they labor in the great work of the Father based on tremendous sacrifices.

This is why the Gnostic missionaries are called to create the new civilization and the new culture. However, first of all, they must begin the formation of the nucleus we need in order to initiate the new era. This is the reason for the work of the missionaries, because they want to give form to the nucleus that will serve as the root for the sixth root race of the future. 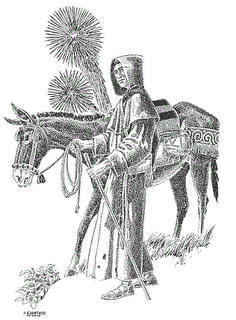 In fact, those who work as missionaries are selected by the conscious circle of the solar humanity, which operates through the superiors centers of the Being… Thus, that immortal circle is watching…

Undoubtedly, the Gnostic missionaries shine amidst the dreadful darkness of this world. They stand out with refulgency; they look like flames, different from the entirety of this perverted humanity…

There will be places where the affiliates will only be able to provide humble donations; there will be other places where they will be able to donate more. For example, in Monterrey, the affiliates can donate 100 pesos monthly, yet in the Federal District things have been more difficult economically. Therefore, the missionaries must handle their economical scales with equilibrium.

Obviously, the missionaries need to eat, to dress, to live, and this is why donations are necessary. Yet it is necessary to avoid any abuse. Therefore, any missionary who commits abuses, who exploits their fellowmen and whose exploitation can be properly demonstrated―never based on gossip but on concrete and definitive, clear facts―will be sanctioned by the patriarchal headquarters, because the patriarchal headquarters, by no means, wants exploitation. We know that the missionaries need to live, and therefore we are not against donations. We only hope that nobody is dedicated to the exploitation of our fellowmen. Let there be justice with perfect equilibrium.

Books! Indubitably, books are weapons for the missionaries. From the immortal and conscious circle of the solar humanity (which as I have already said, operates through the superior centers of the Being) we have received certain cosmic desideratum, among other things, to make my book entitled The Great Rebellion to circulate all over the north of our dear country [Mexico]. This book is already printed. It was published in Monterrey. Our beloved brother Guillermo Gonzales published it on the offset machine property of the lumisial of Monterrey. There, on that machine, the property of our institution, we are going to publish all of our books, since the missionaries need them. It is necessary, therefore, to contact the brother in order to secure a certain quantity of The Great Rebellion, for its sale.

The missionaries will have an income through those books, an economic income that, indubitably, will benefit them for their necessities. I understand that it is possible that this book can be given on credit to the missionaries; notwithstanding, we hope that the missionaries will respond with all honesty, with all uprightness. The book will be given unto them economically, cheap, so that they will have a good economic income that will serve them, as I already stated, for their needs.

We have already planned with Dr. Hypatia the movement of the missionaries. Dr. Hypatia is the one who, indeed, is coordinating all the activities of the missionaries within our country [Mexico] and outside of it. Each of the brothers and sisters who will receive their corresponding credential or certificate tonight has been designated for a certain place. We are indeed interested very especially in the north, since it is in the north where great revolutions are always developed. Obviously, when the north of Mexico is strong in Gnosis, then the Gnostic force, our spiritual revolution, will turn towards the south.

We have a program intending to form a Mexican Gnostic army of about three million people. This will be, therefore, the firmest Gnostic block in America. Our movement is already very strong throughout Latin America. With affiliates, supporters, and mere readers, we have calculated that we have an average of five million people.

The Gnostic movement is already active in the U.S.A, and obviously, it will be extraordinarily developed.

The first Gnostic nucleus is already established in Canada. There we will establish a bridgehead (speaking in a strictly military style) that will serve as a training camp for all the Gnostic missionaries who will eventually go to Europe. Since there are different European colonies in Canada, by means of them it is possible to obtain certain useful contacts for Europe. Moreover, in Canada, Gnostic missionaries will be training, not only in relation with foreign languages, but, moreover, with the psychology of the different European colonies. This is fundamental for the labor in the Old World (Europe).