The physical body is a wonderful laboratory within which many mysterious chemical processes provide the basis of of our perception in the physical world. The consciousness — which is not physical — uses the body while it interacts with physicality.

Observe on the Tree of Life:

The Consciousness (Tiphereth) is manifested in a physical body (Malkuth) but is blind, conditioned, limited, because of the psychological condition we have created (the subconsciousness, unconsciousness, etc), which is "hell," our inner darkness. 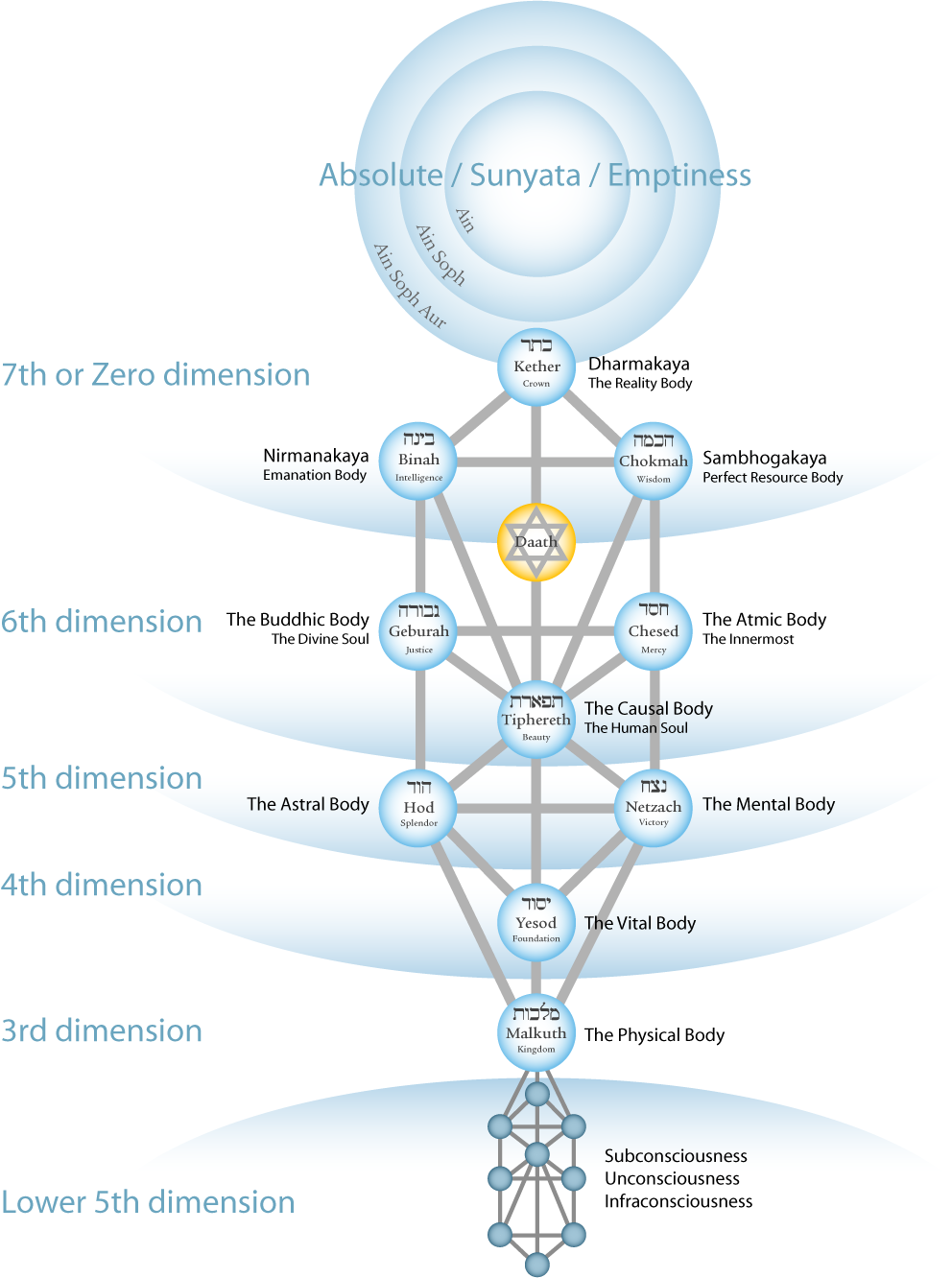 Those who engage in spiritual pursuits seek to utilize the consciousness and perceive other dimensions, and everyong wants to see the superior worlds, the heavens.  However, sadly, because people are so hypnotized by physical matter and by desires, people assume that to activate or stimulate the consciousness they must use physical matter and energy that correspond with their desires, such as drugs, alcohol, plants, chemicals, music, machines, etc. This is a fallacy, and is the basis of many problems in the world. In fact, what all of those devices to is awaken the conditioned consciousness of the inferior dimensions (hell): so yes, they awaken the ability of the consciousness to see, but it sees only in hell. While the consciousness remains in its conditioned state, is can only see through its desires, fears, anger, pride, lust, etc. In other words, the visions produced by drugs, alcohol, chemicals and machines only perceive the hell realms. Worse, those who rely on those tools become addicted, weak, dependent, and entirely confused, because everything they perceive is filtered not only by their psychological conditioning, but also by the influence of the chemicals, plants, drugs, etc.

On the other hand, if you deepen your reliance on physical devices or chemicals, you only deepen your slavery to physicality, sensations, desires, etc which inevitably pull you down lower. How then will you awaken when you are dead and your physical body is removed from the consciousness? You will not have those chemicals or substances available, thus you will remain asleep.

Therefore, in this tradition, we emphasize the development of consciousness in its natural state, free of any reliance on physical matter or energy. We learn instead to liberate the consciousness from physical matter and energy — and even go further, freeing it from other more subtle conditions — so that it is then free to perceive without any limitations or artificial influences. Most amazing of all is this is easy, requires nothing outside of you, is free, and has no side effects.

Stated simply, if you want to activate the consciousness and perceive visions, other dimensions, etc., then learn to meditate. That is all you need. From that training, you will restore the natural abilities of the consciousness without the risk of becoming dependent on external influences, or sickened by them, or even killed by them. Through meditation training you recove the natural ability to see non-physical imagery (clairvoyance), and leave the body when you want (astral projection), while keeping the consciousness free of any physical limitation or influence.