What is the Body of Liberation? 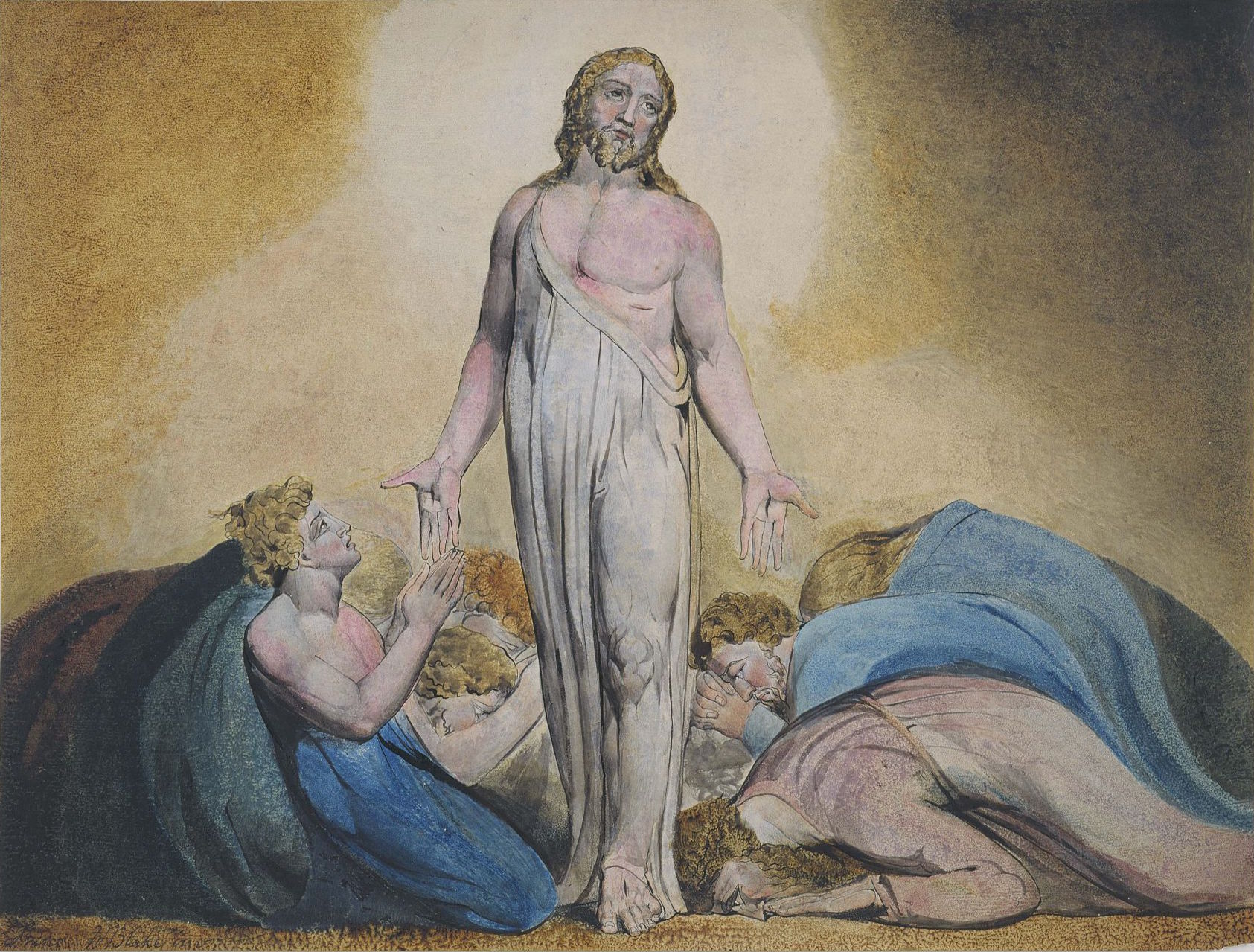 It is necessary to search for the ancient wisdom of the hierophants of Egypt and Greece within the millenarian rocks that are challenging time, and within the subterranean caverns of the womb of the Earth, where the burning fire sparks and burns the debris with its flames.

We need an ardent mind. We need flaming thoughts. We need the Christ mind of the arhat in order to penetrate into the frightful blaze of these universal flames, where the secrets of the igneous rose of nature terrifically sparkle.

We raise our flaming chalice amidst the ardent, sparkling fire of the mother goddess of the world. Agni! Illuminate us. We raise our chalice to you. —Samael Aun Weor, Igneous Rose

When the igneous serpent of the mental body reaches a certain canyon, the master then dies and is born in life.

The divine Rabbi of Galilee, riding upon a donkey, enters the celestial Jerusalem with the newly liberated human being.

The newly liberated human being, also riding upon a donkey, triumphantly and victoriously enters the city where he is received with palms and praises.

The master contemplates his body of clay that is crumbling into pieces, and the divine Rabbi of Galilee says to the newly liberated one, “You do not need that now.”

From this instant, the master is liberated from the wheel of birth and death.

A new ultra-sensible physical body, filled with millenarian perfection, has been formed from the finest atoms of the physical body. It has the majestic appearance of the cosmic Christ and is eternal and incorruptible.

This vehicle, that replaces the physical body of clay, has been formed in the vital depth of our clay body in the same manner that a chick is formed within the egg.

When Franz Hartmann visited the Temple of Bohemia, he found himself with Paracelsus, Joan of Arc, and many other adepts who were living in this sacred monastery with their bodies of flesh and bone.

He then dined with the major brothers and sisters in their refectory. Paracelsus instructed him in his laboratory and, in his presence, Paracelsus transmuted lead into gold.

Franz Hartmann, in the book entitled An Adventure in the Mansion of the Rosicrucian Adepts, tells us these things.

When Joan of Arc left her body in the blaze where she was burned alive, she found herself surrounded by masters that took her to the Temple of Bohemia.

Since then, she lives in the temple with her ultra-sensible physical body in the presence of all the other major brothers and sisters.

This new physical body has the power to make itself visible and tangible in any place and to feed itself with fruits and pure water. The honey from the honey bee is the food of the masters of the universal White Fraternity.

When we, the members of the Sacred College of Initiates, are out of this physical body of clay, we function with the body of liberation, which is made from the purest musk.

However, when we are incarnated, accomplishing the mission in favor of this painful humanity, we move through places unnoticed just as anyone on the street. We dress in clothes like our fellow men and women. We live and work to earn our daily bread, just as every citizen does.

The body of liberation converts us into citizens of Eden.

This is how Christ enters us, through the doors of the triumphant and victorious city.” —Samael Aun Weor, Igneous Rose

The resurrection with the body of liberation is achieved in the superior worlds.The Body of Liberation is organized with the best atoms of the physical body.This is a body of flesh that does not come from Adam; it is a body filled with indescribable beauty.The adepts can enter into the physical world and work in it with this paradisiacal body which they make visible and tangible by will. —Samael Aun Weor, Alchemy and Kabbalah in the Tarot

I say to my Arhats that every Buddha has his bodhisattva.

I say to my Arhats that the bodhisattva is the Human Soul with the psychic extracts of the four bodies of sin.

I say to my Arhats that the Body of Liberation is extracted from the physical body.

I say to my Arhats that the golden body [Soma Psychikon] is extracted from the ethereal body.

I say to my Arhats that the Soul-Christ is extracted from the astral body: the Inner Christ is the Glorian, the resplendent dragon of wisdom.

I say to my Arhats that the Christ-Mind is extracted from the mental body.

Thus, this is how the inferior quaternary comes to reinforce our divine, eternal Triad.

We marry the beautiful Helen by means of sexual intercourse.

All of this sexual work is a work of Sexual Alchemy.

Sexual Magic transforms our Innermost into a god.

The Innermost is the son of the inner Christ.

The inner Christ is the Glorian of each human being.

Our Glorian is a spark detached from the Central Sun.

The Central Sun is the Great Breath.

The Great Breath is the Army of the Voice.

The Army of the Voice is a host of divine beings.

The host of divine beings forms the Cosmic Christ, the Solar Logos, the Word....

We have seven sacred, fiery serpents: two groups of three, with the sublime coronation of the seventh tongue of fire that unites us to the One, to the Law, and to the Father...

These seven sacred, fiery snakes belong to the seven bodies of the human being.

We had those seven snakes set upon the staff when we were elementals, yet when we ate of the fruit from the forbidden tree, the seven snakes fell, and were locked up and imprisoned within the coccygeal center.

Now, the human being has to lift his seven fiery snakes and set them upon a pole, as Moses did in the wilderness.

Each fiery snake shall be lifted in a successive order.

Each one of our bodies of sin must be replaced by a body of beauty.

By means of the fiery snake of the physical body, we build the body of liberation, made of the purest musk.

By means of the fiery snake of the ethereal body, we build the Soma Psuchikon or body of gold.

By means of the fiery snake of the astral body, we form the Self-Christ.

By means of the fiery snake of the mental body, we form the Mind-Christ.

Therefore, the body of liberation, the Soma Psuchikon, the Self-Christ, and the Mind-Christ replace the physical, vital, astral, and mental bodies.

Therefore, the fire renews all things, and the Heavenly Man replaces the Earthly Man.

The seven fiery serpents are lifted and set upon a pole when the spouses—priest and priestess—are practicing Sexual Magic.

There must be sexual connection, yet without even one single drop of semen spilling out.

Refrained desire will make our seminal liquid to rise upwardly, towards the head. Thus, this is how our Beings are transformed into omnipotent gods of the universe.

Thus, this is how we lift our seven fiery serpents and set them upon a pole, as Moses did in the wilderness. —Samael Aun Weor, Christ’s Will

The black magicians in the mental plane have sublime appearances. They speak ineffable and beautiful things, and thereafter they subtly advise the ejaculation of the semen. This is how they cause great initiates to fall. All the weaknesses of this humanity are in the mental world.

We must not divide our mind into superior and inferior parts.

As the physical body is an organism, likewise the mental body is another organism. If our Innermost hands over the reins of it, we can become as gods, yet if Satan handles the reins of the mind, we become demons.

Therefore, we must dominate the mind with the whip of willpower. We must ride on the donkey in order to enter the Heavenly Jerusalem. It is only in this manner that we become worthy of receiving the Body of Liberation elaborated with the purest atoms.

The Body of Liberation has a Christic appearance. It exudes the aroma of perfection. This body replaces the physical body; it is made of flesh, but it is not the born from the flesh of Adam. This is the body of paradisiacal beings; this body is not submitted to illnesses or death. —Samael Aun Weor, Major Mysteries

When we achieve a perfect metallic transmutation, the four bodies of sin give us the four bodies of gold.  The four bodies of sin are replaced by four heavenly bodies that serve as a temple for the triune immortal Spirit.  We extract the body of liberation from the physical body.  This body is made with flesh, but flesh that does not come from Adam.  It is a body filled with millenarian perfections. It is elaborated with the most evolved atoms of our physical body.  The body of gold that interpenetrates the body of liberation is extracted from the ethereal body.

This is how we achieve the metallic transmutation.

This is how we transmute the metals with the white and red elixirs.

This is how the inferior quaternary reinforces the divine Triad.

The gods of Nirvana are dressed with four bodies of glory.

The gods of Nirvana do not use the four bodies of sin.

Only we, masters of Nirvana, who are accomplishing a mission here in the physical world, must keep our four bodies of sin in order to express ourselves through them.

However, when we are liberated from the four bodies of sin, we enliven them in the form of hypostasis or by hypostasy.

The same eternal and spiritual Triad must pass through gigantic alchemical transmutations in order to reach union with the One, with the Law, with the Father.

There are seven serpents that we must raise upon the reed in order to convert ourselves into the king crowned with the red diadem.

It is necessary to bake, bake, and re-bake and to not become tired of it.

The receptacle must be hermetically sealed in order to impede the spilling of the crude matter of the Great Work.

This is our sacred magisterium of the fire.

The Body of Liberation is subjected neither to sickness nor to death.

The Body of Liberation is made with flesh and bones, but it is flesh that does not come from Adam. It is flesh from the Cosmic Christ.

The Body of Liberation is similar to the Divine Rabbi of Galilee.

The Body of Liberation is the body of gods.

With this body, we sit upon the throne of justice and truth, and thus we are exalted as immortals in the presence of Osiris and Horus. —Samael Aun Weor, Treatise of Sexual Alchemy