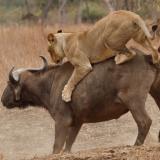 Stew Dent
Thursday, 05 September 2013
1 Replies
1.9K Visits
It is taught that after the elimination of the ego and after it has been reduced to cosmic dust, the ego and all of its aggregates can resurrect. How is this possible if the ego is 100% dead? Are they the same egos? Or are they new ones that are created? What is it that makes the ego resurrect?

Also, being that the aggregates are separate entities, how can they resurrect as a unity? 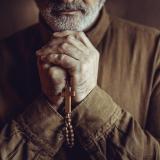 Benedictus
9 years ago
·
#4402
Resurrecting the ego is possible due to how one uses sexual energy. That energy can either create through the spirit in transmutation or create as a devil through fornication (the animal orgasm). Sexual energy always produces birth, but what kind of birth, is the question.

Think of the resurrection of egos like casting through a mold. The mold is the mind. Even though the mind can be solar, it is still a form of mind, which when abused through fornication, can re-cast the same psychic aggregates from before. The ego is the same from before, but is much stronger now as a result of fornication. Therefore, it is new and more complicated as a result of karma.

The solar mind, when abused, can tempt the soul to misuse energy and re-cast its old aggregates. You can also think of it as the blue-prints to one's house, one's psychological home. Certain tendecies will always exist so long as there is not the absolute perfection of the soul. We have to understand that there are levels of perfection, just as there are degrees to the perfection of a diamond. The same for a diamond soul. We will always carry the possibility of producing the same aggregates so long as there is not the complete perfection of the Being. These are explained as the six degrees of objective reasoning. After achieving Anklad, one cannot fall, because that is the level of absolute perfection, beyond the comprehension of the Gods.