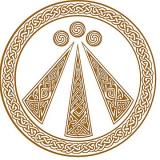 Jay
Friday, 06 January 2023
2 Replies
203 Visits
Which of the following was the reason for the Archangel Sakaki to implant the Kundabuffer organ in humanity during the lemurian epoc. Was it a result of the comet Kondoor destabilising the earths crust, or was it because the lemurian race at that time developed the instinctual intuition that their purpose was to be mechanical energy transformers for the earth, and so to stop them from becoming miserable and suicidal, the Kundabuffer was installed to fascinate their consciousness with matter so they no longer had those instinctual intuitions? I ask this because as far as I am aware, Samael Aun Weor mentioned these 2 cases separately as the cause;

The first one in the lecture entitled “The consequences of the Comet Kondoor.”

And the second case in his book “Elimination of Satan’s Tail.”

I would greatly appreciate some clarity on this, and perhaps some other links if any are available. 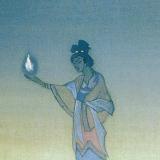 Jang Mi
3 weeks ago
·
#28565
Both. Due to the instability of the Earth's crust, it was necessary for the Lemurian race to become mechanical transformers of energy to stabilize the planet. The Kundabuffer organ caused their fascination with matter, which facilitated the mechanical flow of energy through them into the matter of the Earth. Subsequently, the Lemurians were deterred from suicide due to the fascination with matter.

"If thou canst not make thine own self what thou desireth, how shalt thou be able to fashion another to thine own liking. We are ready to see others made perfect, and yet we do not amend our own shortcomings."
—Thomas à Kempis