The Tenebrous Ones Disagree

Thus, this is how the tenebrous ones close the doors to the superior worlds for the aspirants to the light, and after having closed the doors, they enslave them within their intellectual systems. 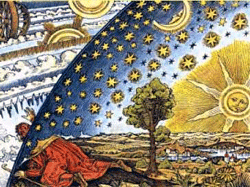 In the Middle Ages, the doors of access to the internal worlds were closed; at that time, it was necessary to do it, so that humans would dedicate themselves to the physical world in order for them to acquire cognizance of their own individuality.

Nirvana has epochs of activity and epochs of profound repose. On February 19, 1919 at 3:40 PM, Nirvana entered into activity; thus, from that moment the evolving life started its return towards the Great Light. So, basically, in these moments it is outdated to close the doors of access to the superior worlds.

The Hierarchies of Nirvana struggle in these moments in order to make this humanity return towards the internal worlds.

However, the tenebrous ones oppose to this great cosmic law by stating that to project oneself in the astral body is “dangerous.” They commit the crime of opposing the Hierarchies of Mercury. This is how they close the door of access to the internal worlds for this wretched, suffering humanity.

In the Age of Aquarius, all human beings will know how to consciously enter and leave their physical body at will. Yet, the tenebrous ones oppose this Great Law in order to enslave the souls within their intellectual systems.

The Tenebrous Ones Close the Doors of Eden

In ancient times, it was prohibited to divulge the Great Arcanum; those who intended to divulge it were condemned to penalty of death. Yet, today it is outdated to deny the Great Arcanum of Sexual Magic to humanity, because the divine Hierarchies are teaching sexual magic, so that humanity can return into Eden. Nevertheless, the tenebrous ones are opposed and they make superhuman efforts in order to swerve humanity away from the doors of sex. 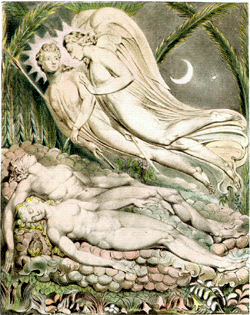 Usually, the tenebrous ones believe that they can know God with their intellect.

We need to learn how to project ourselves in the astral body in order to converse with the Innermost. We need to study at the feet of the Master. Beginners must fall asleep while invoking the Lord Jehovah and pray to him to take them out in their astral body, thus the Lord Jehovah will take them out of their body. The student must get up in the moments of slumber. “Help yourself so that we can help you.” Jehovah always helps us, thus let us help ourselves.