Sexology, the Basis of Endocrinology and Criminology 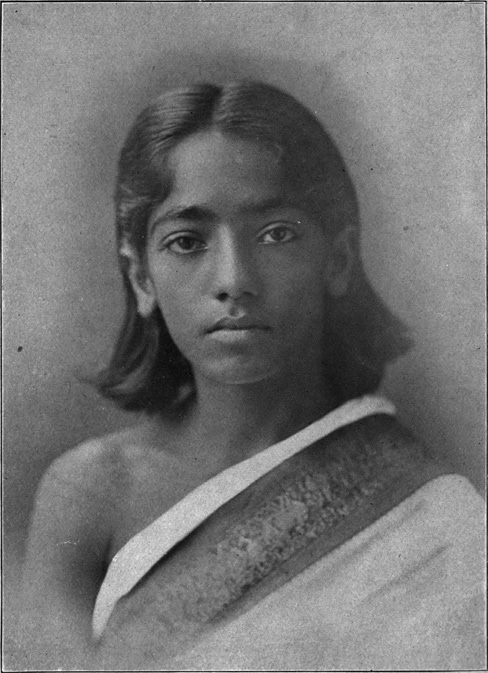 A great conflict occurred inside the Theosophical Society during those times when Annie Besant was occupying the presidency of this marvelous organization, whose founder was the great initiate Helena Petrovna Blavatsky. The problem that presented itself was the Krishnamurti case. Lady Besant lifted her finger aloft in order to asseverate to the four winds that the Hindu boy Krishnamurti was the living reincarnation of Jesus Christ. The great clairvoyant Leadbeater and other eminent Theosophists totally agreed with Lady Besant. All of them were asserting that the Hindustani boy was Jesus Christ newly reincarnated.

We still remember that foundation of that order named “The Star of the East” whose unique purpose was to welcome the Messiah. Later on, Krishnamurti himself dissolved it.

Among those who withdrew was Dr. Rudolf Steiner, the powerful illuminated clairvoyant, eminent intellectual, founder of the Anthroposophic Society. The work of Rudolf Steiner is grandiose. His books are wells of profound wisdom.

The split that occurred in the heart of the famous Theosophical Society was a true tragedy.

We need to analyze the Krishnamurti case.

While some Theosophists were convinced that Krishnamurti was the reincarnation of Jesus Christ, others stated that he was just an ignorant boy. They stated that the only thing he knew was how to drive an automobile and play tennis, etc. So, what was the matter? Why did they not agree? What is most intriguing is that the greatest clairvoyants of the Theosophical Society were divided into two opposite camps.

Absolutely logical questions emerge: why did the clairvoyants split apart?

When a thousand people see an object with their physical sight, they say, “This is a table, a chair, a rock, etc.” When they see a person, they say, “This is a man or a woman or a child, etc.” Then, what is going on with clairvoyance? What is the reason in the concrete case of this Hindu boy in which the clairvoyants could not agree on their concepts? There is no doubt that Krishnamurti was a true puzzle for the Theosophical Society.

The most critical thing was to see those clairvoyants fighting amongst themselves.

This is something that confuses the minds of those that are starting in these studies.

Krishnamurti fell into skepticism. He remained skeptical for many years. Yet, finally he responded and started his mission.

All of us, the endoteric Gnostic brothers and sisters, proposed ourselves to investigate the Krishnamurti case in the superior worlds.

After many patient works, we arrived at the following conclusions:

There are many buddhas in Asia who have not incarnated the Christ yet.2

There is a ray within every human being that unites us to the Absolute. That ray is our resplendent dragon of wisdom, the internal Christ, the sephirotic crown.3

The buddhas who have not incarnated the internal Christ have not Christified themselves yet.

Krishnamurti’s buddha has already incarnated his resplendent dragon of wisdom, his particular ray, his own internal Christ.

When Lady Besant, Leadbeater, and other Theosophists studied the Krishnamurti case, they became astonished with the splendid light of that Christified buddha. However, since they did not know the Christic esotericism, they completely believed that Krishnamurti was the reincarnation of Jesus Christ. The mistake was not in their clairvoyance. The mistake was in their lack of intellectual culture. They only knew about the Theosophical septenary. They only knew about the body, soul , and spirit. Yet, they ignored that beyond these three aspects (body, soul , and spirit) every human being has a ray (the internal Christ) that unites us to the Absolute.

They saw the internal god of Krishnamurti and believed that he was Jesus of Nazareth; that was their mistake. What is most critical is the damage that they perpetrated upon the Hindu boy. When a bodhisattva is told that his internal god is a master, he becomes confused; he is damaged; he develops a complex.

The great buddha of Krishnamurti did not give his whole message, because his bodhisattva had a psychological trauma.

We are not against Krishnamurti; we only regret the fact that the internal buddha of that Hindu philosopher could not give the whole message. That is all.

When a clairvoyant discovers that the Innermost (the spirit) of someone is a master, then it is best for that clairvoyant to be silent, in order not to damage that person.

When somebody knows that his inner being is a master, he becomes filled with pride and arrogance. Fortunately, Krishnamurti learned how to be humble.

There are also fallen bodhisattvas. They are worse than demons.

The spirit of someone could have achieved the degree of master in some ancient reincarnation. The bodhisattva (human soul of the master) could have fallen later on, thus now that soul can live upon the path of evil.

The master never falls. The one who falls is the bodhisattva (human soul) of the master.

Madame Blavatsky stated that one of the greatest mysteries of esotericism is the mystery of the double personality.

All the fights and errors of the Theosophical Society were the cause of the trauma of Krishnamurti.

The Krishnamurti case is very important.

Dr. Steiner knew the Christic mysteries. This is why he did not allow himself to be confused. Steiner was Gnostic.

Steiner did not accept that Krishnamurti was the reincarnation of Jesus Christ.

Many followed Steiner and many others Lady Besant.

The clairvoyant Steiner had a vast intellectual culture; this is why he did not fall into that mistake. Steiner was a true Rosicrucian Gnostic.

By purchasing a print edition of "Sexology, the Basis of Endocrinology and Criminology", you get a high quality, permanent source of profound knowledge, you help us print more books, keep this website online, and allow us to give free books to prisoners, churches, libraries, and more.
Pick a Bookseller