Description of the Rune Gibur

The Jain or Swastika Cross, the Cross in Movement 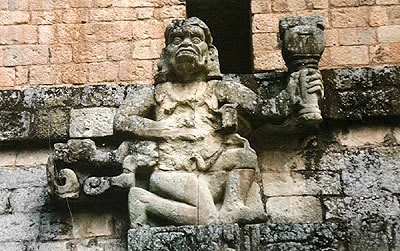 This figure is very fascinating. One leg is bent downwards and the other is bent upwards in order to indicate the rune Gibur. He carries in his hand a cup marked with the tao cross. A flame protrudes from the cup. 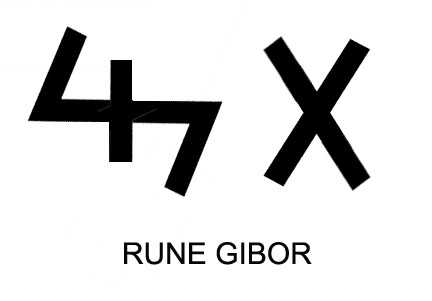 This simple figure in itself indicates the work in the ninth sphere. The cup indicates the deposit of the mercury of the wise. The flame symbolizes the sulfur, the fire that fecundates the mercury in order to perform the Great Work. 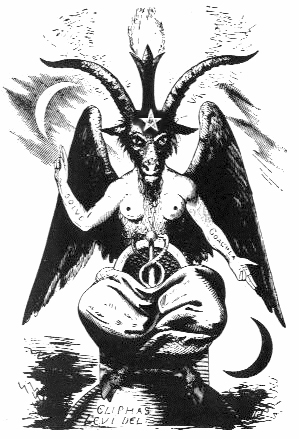 The face represents a Mayan Baphomet, a Baphomet with the chalice in his left hand. The right hand represents or indicates the region of the solar plexus, the work in the ninth sphere.

The chalice represents the feminine yoni, the eternal principle.

To say Baphomet is the same as to say Lucifer, about which we already gave an explanation in the previous pages. Representations of Baphomet were very abundant in the Middle Ages.

Baphomet is the one who gives the sexual impulse. Without him, the intimate self-realization of the Being is impossible.

The eight doors indicate the eight great initiations that every adept has to receive and qualify; it also indicates the star of eight points.

The six inferior steps represent the "indecision" in order to launch oneself to the disintegration of the ego. It is the terrible struggle between love and desire, the mysteries of the lingam-yoni, the supreme affirmation and the supreme negation of Satan.

The ordeal of the sanctuary is very terrible, and only those who pass it receive the ring or seal of Solomon where the positive and negative forces of universal magnetism are represented. The seal of Solomon reunites the work of the Great Work. The six points of the star are masculine, and the six deep entrances are feminine. Total: twelve rays, a perfect symbol of the central sun.

The rune Gibur in the macrocosm represents the incessant evolutions and devolutions of the seven cosmoses. Its elbowed arms represent the inexhaustible terrestrial rotation and the rejuvenating movement of the cosmic garden. In the physical plane, it represents the human being with one arm towards heaven and the other towards the Earth. It is Thor's hammer, maker of tempests, crafted by the pygmies of the earth in order to defend him against the giants, titanic cosmic forces opposed to the law of universal harmony.

The rune Gibur is an alchemical, cosmogonic, and anthropologic sign with seven clues of interpretation. In its Mexican Aztec interpretation, it symbolizes the god of life who carries the swastika on his forehead.

With the mysteries of this rune, magnificently elaborated in the ruins of Copán, one can reach the second birth.