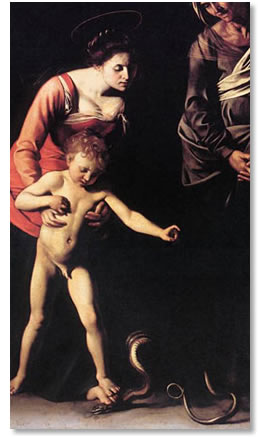 When the magnetic atmosphere of two persons is so equilibriated that the attractice faculty of one draws the expansive faculty of the other, a tendency is produced which is termed sympathy; then imagination, calling up to it all the rays or reflections analogous to that which it experiences, makes a poem of the desires which captivate will, and if the persons differ in sex, it occasions in them, or more commonly in the weaker of the two, a complete intoxication of the Astral Light, which is termed passion par excellence, or love. Love is one of the great instruments of magical power, but it is categorically forbidden to the Magus, at least as an intoxication or passion. Woe to the Samson of the Kabbalah if he permit himself to be put asleep by Delilah! The Hercules of science, who exchanges his royal sceptre for the distaff of Omphale, will soon experience the vengence of Dejanira, and nothing will be left for him but the pyre of Mount Oeta, in order to escape the devouring folds of the coat of Nessus. Sexual love is ever an illusion, for it is the result of an imaginary mirage. The Astral Light is the universal seducer, typified by the serpent of Genesis. This subtle agent, ever active, ever vigorous, ever fruitful in alluring dreams and sensuous images; this force, which of itself is blind and subordinated to every will, whether for good or evil; this ever-renewing circulus of unbridled life, which produces vertigo in the imprudent; this corporeal spirit; this fiery body; this impalpable omnipresent ether; this montrous seduction of Nature - how shall we define it comprehensively and how charactize its action? To some extent indifferent in itself, it lends itself to good as to evil; it transmit light and propagates darkness; it may be called equally Lucifer and Lucifuge; it is a serpent but it is also an aureole; it is a fire, but may belong equally to the torments of infurnus or the sacrifice of incense offered up to heaven. To dispose of it, we must, like the predestined woman, set our foot upon its head.