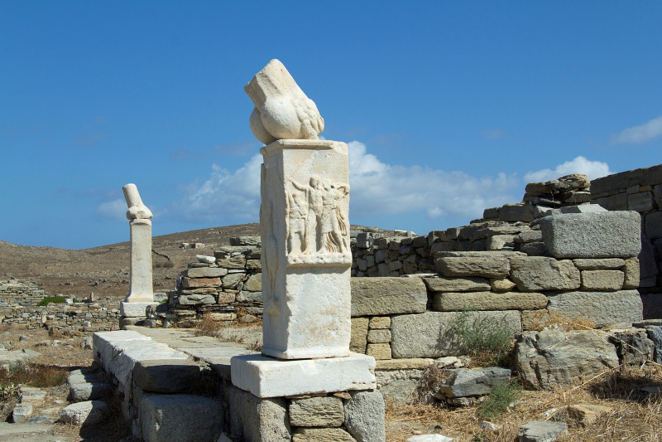 We remark that the planting of “phallic images” is a special representing of the procreative power by conventional symbols, and that we regard this practice as an invocation to the generative energy of the universe. On this account many of these images are consecrated in the spring, when all the world is receiving from the gods the prolific force of the whole creation. […]

I think, however, that the immodest language to which you refer, affords an illustration of the absence of moral virtues in the realm of matter, and the unseemly rudeness existing beforehand with the unformed elements that are to be organized. These being utterly destitute of orderly arrangement, are passionately eager for it, so to speak, to such a degree as they are conscious of the unbecoming condition of things around themselves. Hence, again, perceiving from the speaking of vile utterances, what is vile, they follow to the (divine) sources of the ideals and more beauties.

They accordingly not only turn aside from evil action, but through the words, it is manifest in its forms and changes the impulse to a contrary direction.

The powers of the human passions that are in us, when they are barred on every side, become more vehement: but when they are brought into activity with moderation and reasonable measure, they are sufficiently delighted and satisfied, and becoming pure in consequence, are won over and set at rest.

Iamblichus, Theurgia or On the Mysteries of Egypt, Chapter 4, Rites, Symbols, and Offerings