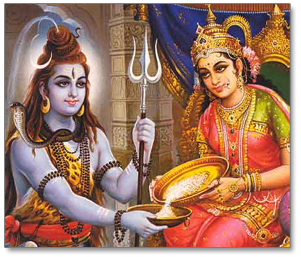 Editor's Note: Universally quoted by Hindu writers and mystics (including Swami Sivananda), the mysterious text called Siva Samhita ("Verses of Shiva") was composed at least five hundred years ago, and is a fractured, contradictory, and very misunderstood reference among devotees of Hatha Yoga. Yet, when studied alongside other important Hindu texts, the genuine portions of the text become clearly obvious next to the additions or corruptions. Most of the book is concerned with simple postures designed to prepare the physical body for the more important work of sexual transmutation and meditation, thus we present here the most important section directly concerned with the sexual energy. The text is written as though spoken by Shiva, the symbolic representative of the creative and destructive powers of the divine.

Actuated by mercy for my devotees, I shall now explain the Vajroli-mudra, the destroyer of the darkness of the world, the most secret among all secrets.

Even while living according to his wish and without conforming to the regulations of Yoga [i.e. remaining unmarried], a householder can become emancipated, if he practices the Vajroli-mudra.

This Vajroli yoga practice liberates [power] even when immersed in his senses; therefore it should be practiced by the Yogi with great care [for without restraining the senses, it will lead to destruction].

First, according to the proper methods, let the wise yogi bring into his own body the generative power from the female organ of generation, by absorption through the phallus; restraining his semen, let him practice copulation [without orgasm] .

When his sexual power is aroused, let him move his phallus [within the female organ]. If by chance the semen begins to move [out], let him stop its emission by the practice of the Yoni-mudra [restraint].

Let him withdraw the semen to the left [to be passive], and withdraw from intercourse. After a while, let him continue it again.

Following the guidance of his instructor and by uttering the sound hum, hum, let him absorb through the contraction of the Apana Vayu [wind energy; i.e pranayama] the creative elements of the yoni [feminine sexual organ].

By means of this practice, the Yogi, worshipper of the lotus-feet of his Guru, should obtain quick success in Yoga and drink celestial nectar [amrita, soma, ambrosia].

Know semen to be lunar [Soma], and the seed is solar [Christic]; let the Yogi unite them in his body [through this practice].

I [Shiva] am the semen, Sakti [the Goddess] is the generative fluid; when they are [perfectly] combined in the body [through this practice], then the body of the Yogi becomes divine [immortal].

Ejaculation of semen [orgasm] brings death, preserving it within brings life. Therefore, one should make sure to retain the semen within.

One is born and dies through semen; in this there is no doubt. Knowing this, the Yogi must always preserve his semen.

When the precious jewel of semen is mastered, anything on earth can be mastered. Through the grace of its preservation, one becomes as great as me [Shiva].

The use of semen determines the happiness or pain of all beings living in the world, who are deluded [by desire] and are subject to death and decay.

This is the ultimate Yoga. Even though immersed in the world of the senses, one can reach perfection through its practice.

Without a doubt, through this practice the Yogi will acquire all kinds of powers, while at the same time enjoying the ecstasies of the world.

This Yoga can be practiced along with much enjoyment; therefore the Yogi should practice it.

I [Shiva] have revealed this Yoga because of love for my devotees. It should be guarded well [kept pure] with the greatest care, and not be given to everybody.

It is the most secret of all secrets that ever were or shall be [because misuse of it can create a demon]; therefore let the prudent Yogi guard it carefully [from becoming degenerated].