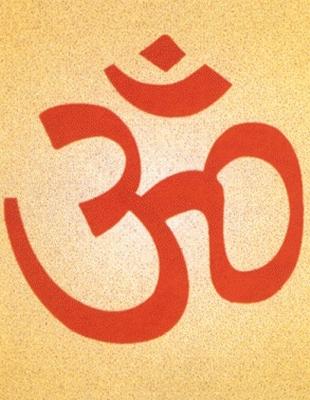 1
This syllable AUM is everything
This is the explanation about AUM:
The past, the present and the future are AUM,
And That beyond these three is also AUM.

3
Vaisvanara [the Cosmic Man, Atman] is the first aspect.
Wakeful, outwardly conscious,
With seven limbs1 and nineteen mouths,2
He is the experiencer of the gross objects.

4
Taijasa is the second.
Dreaming, inwardly conscious,
With seven limbs1 and nineteen mouths,2
He is the experiencer of the subtle objects.

5
In deep sleep, seeking no desires,
Dreaming no dreams, unified into
The mass of greater consciousness,
Full of bliss, enjoying bliss only,
Face turned towards consciousness,
Is Prajna the third.

6
This is the Master of All, the Omniscient,
The Inmost Dweller and source of
Creation and destruction of all beings.

7
Turiya is not that which cognizes the internal,
not that which cognizes the external,
not what cognizes both of them,
not a mass of cognition,
not cognitive, not non-cognitive.
lt is unseen, incapable of being spoken of,
unnameable.
the essence of the knowledge of the one self
that into which the world is resolved,
the peaceful, the benign, the non-dual,
such they think, is the fourth.
He is the self:
He is to be known.

8
The same Atman is AUM among the syllables,
Each syllable in the word AUM is a stage. They
Are the letter A, the letter U and the letter M.

9
The wakeful Vaishwanara is the
First letter "A", being the first letter and
All pervasive. He who knows thus realizes
All his desires and becomes foremost too.

10
The dreaming Taizasa is the second
Letter "U", being superior and situated in
The middle. He who knows thus attains
Knowledge and equals all, and none
In his family would be ignorant of Brahman

11
In the world of deep sleep, Prajna, is the
Third letter "M", being the limit and the end of
All diversity. He who knows thus is free from
All diversity and becomes one with the Self.

12
The fourth state [Turiya] is without parts and entanglements
Not bound to this world, It is auspicious and non-dual
Thus the form of AUM is verily the Self itself
He who knows thus enters into his own Self by himself.

1. Seven limbs: "...the heavens are his head, the sun his eyes, the air his breath, the fire his heart, the water his stomach, the earth his feet, and space his body." - Chandogya Upanishad