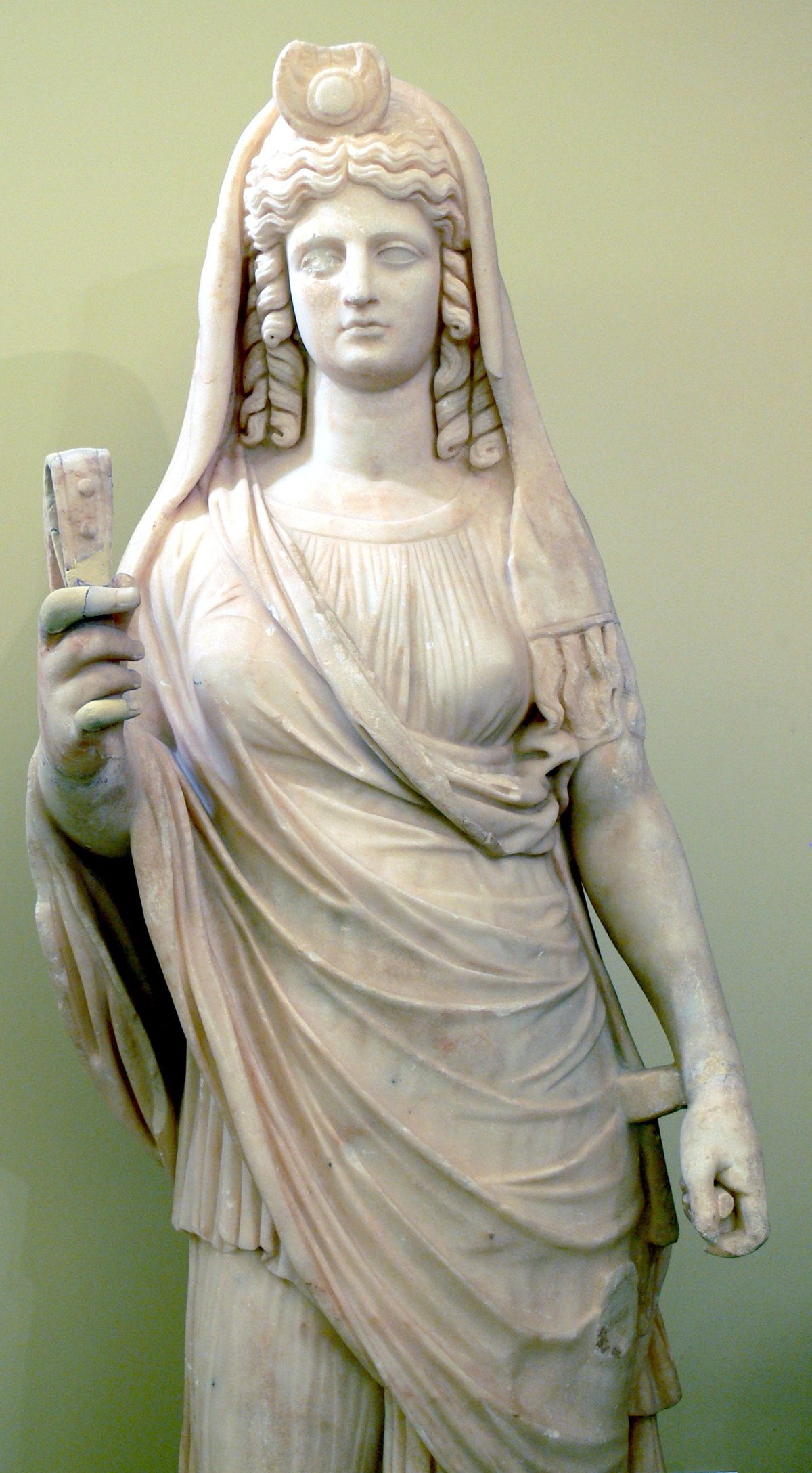 (Greek Περσεφόνη, literally "bringer of death" or "destroyer"; also known as Kore, Κόρη, "virgin") A symbolic character from Greek mythology of central importance in the famous Eleusinian mysteries. She embodies many very sophisticated and complex esoteric teachings that have been kept secret by initiates of the mysteries. Primarily, she represents our soul .

"THE most famous of the ancient religious Mysteries were the Eleusinian, whose rites were celebrated every five years in the city of Eleusis to honor Ceres (Demeter, Rhea, or Isis) and her daughter, Persephone. The initiates of the Eleusinian School were famous throughout Greece for the beauty of their philosophic concepts and the high standards of morality which they demonstrated in their daily lives. Because of their excellence, these Mysteries spread to Rome and Britain, and later the initiations were given in both these countries. The Eleusinian Mysteries, named for the community in Attica where the sacred dramas were first presented, are generally believed to have been founded by Eumolpos about fourteen hundred years before the birth of Christ, and through the Platonic system of philosophy their principles have been preserved to modern times...

"The legend used in the Lesser rites is that of the abduction of the goddess Persephone, the daughter of Ceres, by Pluto, the lord of the underworld, or Hades. While Persephone is picking flowers in a beautiful meadow, the earth suddenly opens and the gloomy lord of death, riding in a magnificent chariot, emerges from its somber depths and, grasping her in his arms, carries the screaming and struggling goddess to his subterranean palace, where he forces her to become his queen.

"...The soul of man--often called Psyche, and in the Eleusinian Mysteries symbolized by Persephone--is essentially a spiritual thing. Its true home is in the higher worlds, where, free from the bondage of material form and material concepts, it is said to be truly alive and self-expressive. The human, or physical, nature of man, according to this doctrine, is a tomb, a quagmire, a false and impermanent thing, the source of all sorrow and suffering. Plato describes the body as the sepulcher of the soul ; and by this he means not only the human form but also the human nature.

"The gloom and depression of the Lesser Mysteries represented the agony of the spiritual soul unable to express itself because it has accepted the limitations and illusions of the human environment. The crux of the Eleusinian argument was that man is neither better nor wiser after death than during life. If he does not rise above ignorance during his sojourn here, man goes at death into eternity to wander about forever, making the same mistakes which he made here. If he does not outgrow the desire for material possessions here, he will carry it with him into the invisible world, where, because he can never gratify the desire, he will continue in endless agony. Dante's Inferno is symbolically descriptive of the sufferings of those who never freed their spiritual natures from the cravings, habits, viewpoints, and limitations of their Plutonic personalities. Those who made no endeavor to improve themselves (whose souls have slept) during their physical lives, passed at death into Hades, where, lying in rows, they slept through all eternity as they had slept through life." - Manly P. Hall, The Secret Teachings of All Ages

"Sokrates : There were certain priests and priestesses who have studied so as to be able to give a reasoned account of their ministry [i.e. the priests of the Mysteries]; and Pindar also and many another poet of heavenly gifts. As to their words, they are these : mark now, if you judge them to be true. They say that the soul of man is immortal, and at one time comes to an end, which is called dying, and at another is born again, but never perishes. Consequently one ought to live all one's life in the utmost holiness. `For from whomsoever Persephone shall accept requital for ancient wrong, the souls of these she restores in the ninth year to the upper sun again [i.e. reincarnation]; from them arise glorious kings and men of splendid might and surpassing wisdom, and for all remaining time are they called holy heroes amongst mankind.'" - Plato, Meno 81a (Greek philosopher C4th B.C.)