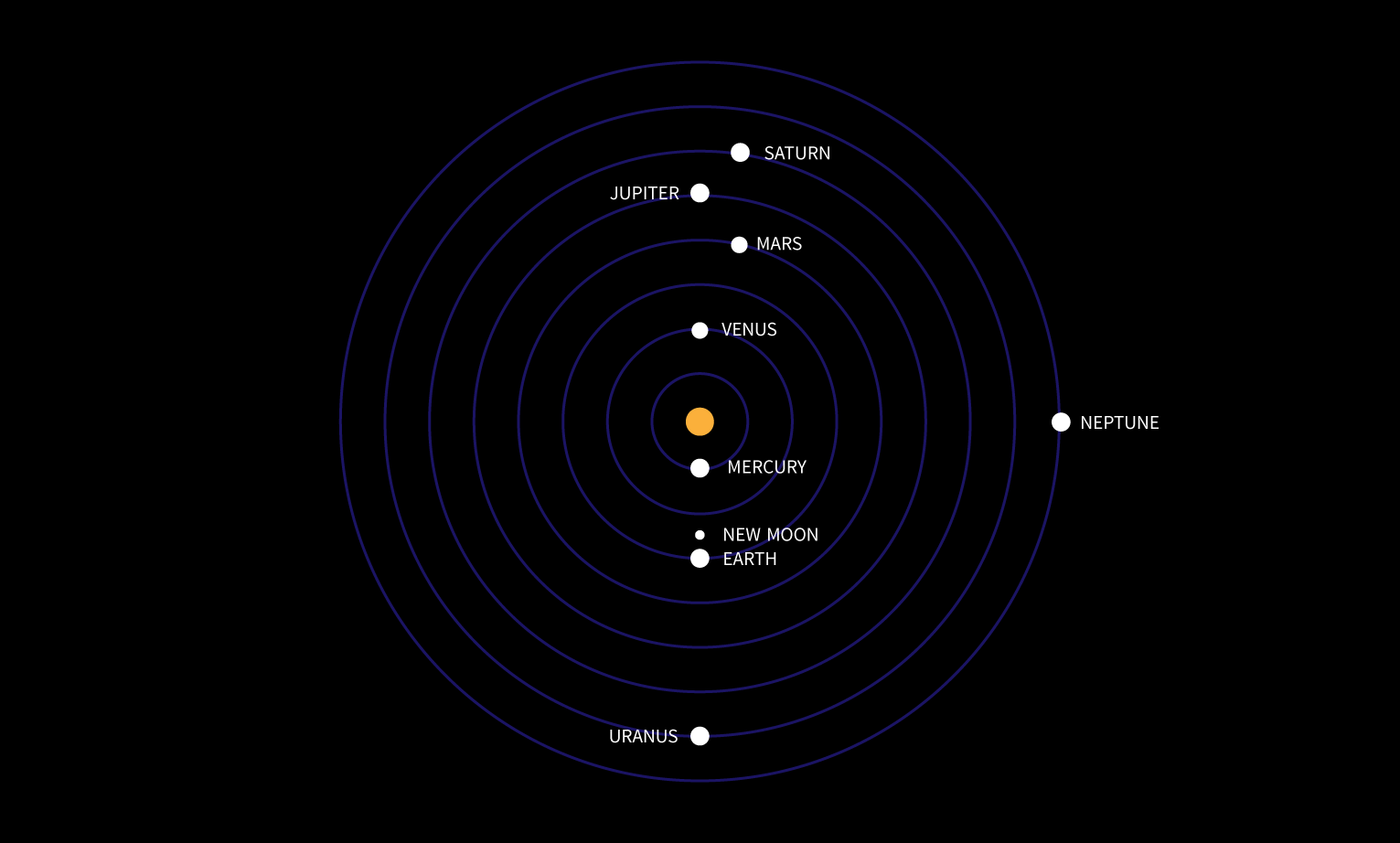 The planetary conjunction of February 4-5, 1962 also featured a full solar eclipse and a new moon.

An era of time under the influence of the zodiacal sign of Aquarius that will last for approximately 2,140 years. The new Aquarian era began with the celestial conjunction of February 4-5, 1962.

On February 4-5, 1962, exactly when there was a new moon AND a full solar eclipse, there was also an extraordinary celestial conjunction of the seven primary planets with the Earth. The Sun, the Moon, Mercury, Venus, Mars, Jupiter, and Saturn were all visibly grouped close together, and their orbits were aligned with the Earth. This event signaled a change of era, similar to how the hands of a clock move into a new day. The Earth had completed an era of approximately 2,140 years under the influence of Pisces, and then entered an era influenced by Aquarius.

When the Age of Aquarius arrived, humanity entered into a very new situation. With the new celestial influence we saw the arrival of a huge shift in society: mass rebellion against the old ways, sexual experimentation, giant social earthquakes shaking up all the old traditions. We also saw the arrival in the West of a strong spiritual longing, and deep thirst for true, authentic spiritual experience. These two elements: 1) rebellion to tradition and 2) thirst for spiritual knowledge are a direct effect of the influence of Aquarius, the most revolutionary sign of the zodiac. Aquarius is the Water Carrier, whose occult significance is Knowledge, the bringer of Knowledge. With the new age came a sudden revealing of all the hidden knowledge. The doors to the mysteries were thrown open so that humanity can save itself from itself. Of course, the Black Lodge, ever-eager to mislead humanity, has produced so much false spirituality and so many false schools that it is very difficult to find the real and genuine path.

"The majority of the tenebrous brothers and sisters of Aquarius are wicked people who are going around teaching black magic." —Samael Aun Weor, The Major Mysteries

To learn more about the Aquarian era, read Christ and the Virgin by Samael Aun Weor.