The Gnostic movement is the synthesis movement for the new age of Aquarius.

Jesus of Nazareth is truly the man of synthesis. Jesus of Nazareth was an Essene, and he studied Hebrew wisdom. He had two masters (Rabbis) during his infancy. Nevertheless and furthermore, in spite of his profound knowledge of the Zohar, Talmud, and Torah, he is an Egyptian initiate, an Egyptian Mason. Jesus of Nazareth studied within the pyramid of Kefren. He is an Egyptian hierophant. He also traveled through Chaldea, Persia, Europe, India, and Tibet. The travels of Jesus were not tourist travels; they were travels for the purpose of study. Secret documents exist in Tibet which show that Jesus, the great Gnostic master, was in Lhasa, the capital of Tibet, headquarters of the Dalai Lama. Jesus visited the cathedral of Jokhang, the holy cathedral of Tibet. All of the knowledge that Jesus acquired in those countries and all of those ancient schools of mysteries was tremendous... 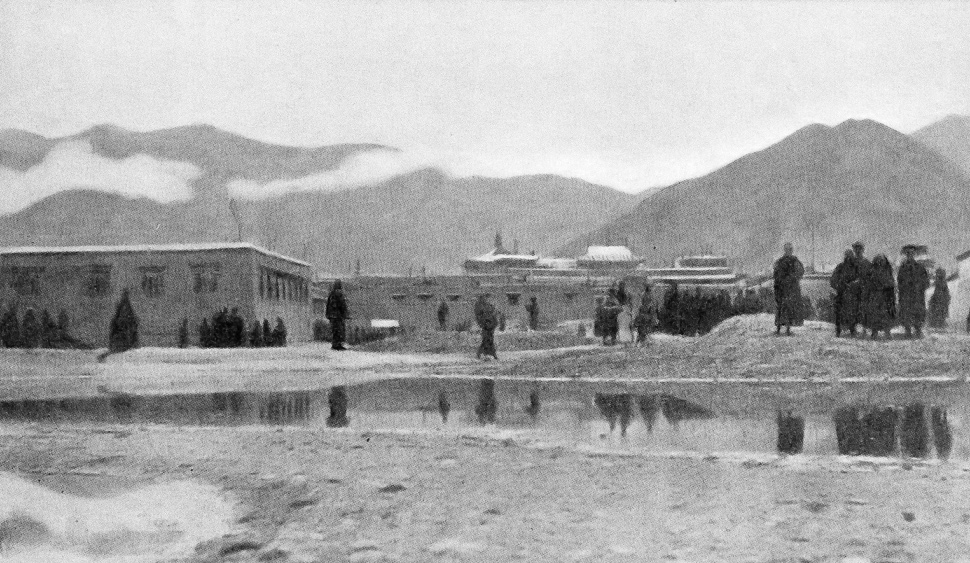 The great Master Jesus delivered in a synthesized way all the knowledge of Buddhism, Hermeticism, Zoroastrianism, the Talmud, Chaldea, Tibet, etc., which was already summarized in his Gnosis.

Jesus did not found the Roman Catholic Church, but Jesus founded the Gnostic Church. The Gnostic Church existed in the times of Saint Augustine. This is the church that was known by Jerome, Empedocles, Saint Thomas, Marcion of Pontus, Clement of Alexandria, Tertulian, Saint Ambrose, Harpocrates, and all of the first fathers of the church. In that epoch, the church was named the Catholic Gnostic Church. The Roman Catholic Church in its present form was not founded by Jesus. This Roman Church is a deviation or corruption, a fallen branch of holy Gnosticism. The Roman Catholic Church is a cadaver. Humanity needs to return to the point of departure, it needs to return to the holy Gnosticism of the Hierophant Jesus. Humanity needs to return to the primeval Christianity, to Gnostic Christianity.

All ancient wisdom is within Gnosticism, and it is already totally masticated and digested.

Therefore, Jesus, the divine master, is the instructor of the world. If truly what we want is the realization of our Innermost Self, then let us practice Gnosis, let us live the path of the Gnostic arhat.

The best exposition of the secret doctrine resides in the Gnostic synthesis of the great Hierophant Jesus the Christ.

Gnosis saves us work and study, for if we did not have the synthesis of Christ, we would need to bring into our heads millions of volumes and to travel around the entire world with the goal of finding the path. Fortunately, already one being did it, and this being was Jesus the Christ.

He studied in the Buddhist cathedral of Jokhang, investigating very ancient Tibetan books. Therefore, why do we need to do the same investigative work that he did? He already did that work. He delivered the whole of Yoga in a synthesized way, the whole of the secret science. What else could we want?

Our duty is to study Gnosis and to live it; this is what is important. If they laugh at us, if they attack us, if they calumniate us, what does it matter to science or to us?

The Gnostic movement is the revolutionary movement for the new Aquarian era. Yet, presently, there are many reactionary, extemporaneous and retarded individuals, who call themselves “Gnostics.” They excommunicate us because we divulge the Great Arcanum, the Maithuna; they say that we are doing a pansexualistic, sinful labor. They do not want humanity to receive the clue of the realization of the Innermost Self.

The secretary of the Gnostic institutions has received letters from one of those pseudo-rosicrucians, pseudo-gnostics, in which he affirms to be with Gnosis and with the Maithuna (Sexual Magic) , yet he wants such a clue not to be delivered to this poor suffering humanity. Firstly, he says that people have to be prepared before receiving the knowledge of the Maithuna, etc. Nonetheless, that sanctimonious leader, while addressing himself to certain students, contradicts himself. He talks against the Gnostic movement and against the Great Arcanum, qualifying us as pornographic, etc. Really, what he wants is to prevent others from entering the path of the razor’s edge. He is one of those who Jesus refers to when saying:

“Ye shut up the kingdom of heaven against men: for ye neither go in yourselves, neither suffer ye them that are entering to go in.” - Matthew 23:13

He knows the clue of Sexual Magic, he knows the Maithuna, yet he does not want others to know it. He pledged himself to hide the truth from the poor human beings.

Frankly, we have resolved to push ourselves to fight without quarrels, to fight to death in order to initiate the new Aquarian age. It does not matter if they criticize us, if they insult us, if they betray us. Gnosis must be delivered to humanity at any cost. Jesus taught Gnosis, and we deliver it to humanity no matter what the cost might be.

In these years of Aquarius, the Gnostic movement must tremendously fight the good battle for the new era of Aquarius.

Each Gnostic sanctuary must select a missionary. All missionaries must push themselves to battle to the death for the victory of Jesus the Christ.

All of the Gnostic lumisials must perform an intensive Gnostic expansion through pamphlets, circulars, brochures, books, radio broadcasts, newspapers, etc.

Whosoever wants Christification must be ready to give even the last drop of his blood for the Christ and for this suffering humanity.

The selfish ones, those who only think of themselves and only of their own progress, will never achieve Christification.

Presently, the Gnostic movement has more than four million people in the whole of America; yet, it needs to grow more; it needs to become powerful and gigantic, with the goal of transforming the world for the new era, which we have already started.

Previous years were terrible, since we were betrayed many times by villains. Yet, we conquered, we won the battle... Now we are more powerful, more strong, more numerous... Former years have ended with total victory for the Gnostic movement.

The era of Aquarius must be a war to the death against ignorance, fanaticism, and error. It is necessary to intensely work in the Great Work of the Father, and to bring into our Gnostic columns thousands and thousands of people. We need to strengthen the worldwide Gnostic army for salvation.

Remember, Gnostic brothers and sisters, that the practical synthesis of all the yogas, lodges, orders, religions, schools, systems, etc., is in the Gnosis of the Cosmic Christ.

Our great Master, Jesus the Christ, deeply studied Yoga in its entirety and the whole of the ancient wisdom. Then after, he delivered all of this, already digested and perfectly simplified in an absolutely practical way, in his Gnosticism.

There is Gnosis in the Buddhist doctrine, in the Tantric Buddhism from Tibet, in the Zen Buddhism from Japan, in the Chan Buddhism of China, in Sufism, in the Whirling Dervishes, in the Egyptian, Persian, Chaldean, Pythagorean, Greek, Aztec, Mayan, Inca, etc., wisdom.

If we carefully study the Christian Gospels, we will find in them Pythagorean mathematics, the Chaldean and Babylonian parable, and the formidable Buddhist moral.

Therefore, the four Gospels are Gnostic Gospels, and they cannot be understood without the Maithuna (Sexual Magic) .

We can drink the wine of Gnosis (divine wisdom) within a Greek, Buddhist, Sufi, Aztec, Egyptian, etc. cup, yet we must not adulterate this delicious wine with strange doctrines.

The practical synthesis of Gnosticism in its absolutely revolutionary way is taught within the Gnostic institutions.

In this day and age, the human being still does not possess a solar body (Astral body). The Astral body is a luxury that very few can give to themselves. The present human being — that is to say, the intellectual animal — possesses only a lunar body (molecular body).

Thus, the intellectual animal is a slave of the lunar influence. He carries the Moon within his molecular, phantom-like, negative, lunar body. Really, the present human being is a hybrid mixture of plant and phantom.

The unique thing which the intellectual animal carries within his lunar body is the legion of “I’s” and the sleeping Buddhata.

This is why the Gnostic Institutions teach the Maithuna, because with it the human being can build the solar body.

It is necessary for the human being to be liberated from the Moon and to be converted into a solar spirit.

The Gnostic rituals connect us with the solar force.

It is necessary to fight against the lunar force to become truly free. This is what the Gnostic institutions want. 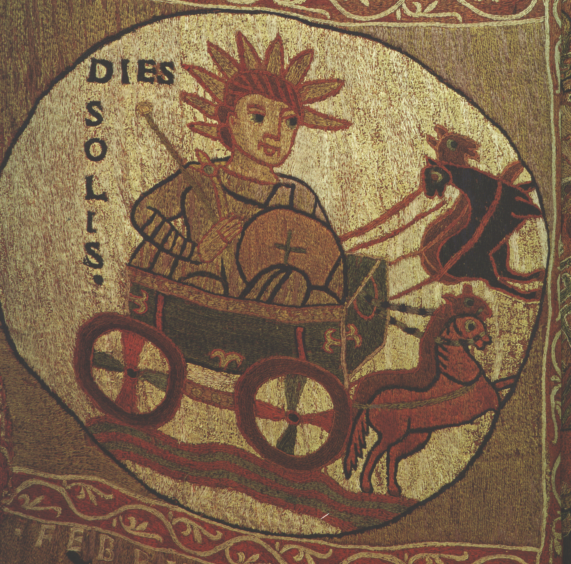 The Sun is life in abundance, yet the Moon is death; the Moon is materialism, drunkenness, banquets, lust, anger, greed, envy, pride, laziness, disbelief, etc.

The Sun is the Cosmic Christ, the Verb, the great Word. The four Gnostic Gospels constitute the solar drama, the drama of Christ.

We need to live the solar drama; we need to convert ourselves into the central personage of that cosmic drama.

It does not matter if they criticize us, if they abhor us, if they hate us because we are divulging the Maithuna (Sexual Magic) for the good of this poor failed humanity.

The degenerated infrasexuals will never forgive the fact that we defend suprasexuality.

Really, it causes pain to see those poor infrasexuals in the molecular world (astral plane) after death. Their lunar bodies convert them into lunar women who wander throughout the molecular world as somnambulists, asleep, cold, and unconscious creatures.

Uselessly, the mistaken, sincere ones try to create the solar bodies by practicing respiratory exercises, yoga without Maithuna, or similar exercises, or with vegetarian diets, etc.

It is completely demonstrated that we are children of sex and that only through sex can we create.

Really, we can only create the solar bodies with sex. We can convert ourselves into solar spirits only with the marvelous force of the Third Logos.

We want to teach the solar religion to this humanity. We want to deliver to these poor lunar phantoms the solar doctrine of the Cosmic Christ, with only one goal, which is the Christification of the human being.

It is urgent for the Christ to be born within the heart of the human being. It is necessary for each human being to be converted into a solar angel.

The Gnostic institutions (Gnostic movement) have a gigantic task in the era of Aquarius, which we are starting. The sacred mission of teaching the doctrine of the Solar Logos to this poor humanity has been granted to us.

We must fight until death in order to make the Gnostic movement more and more powerful. We need this movement to become omnipotent for the good of the many millions of human beings heading towards the path of the Second Death.

We need to be compassionate, and to deliver the solar doctrine to this humanity, no matter what the cost might be.