Question: Master Samael, what do you want to express when you say the phrase “in order to eliminate the ego it is necessary for the water to boil at 100 degrees?”

For those who disintegrate the ego, the moment of becoming a mutant arrives, and with such a quality they can willingly be visible or invisible. One can pass through a wall without suffering any damage, because the body has been transformed into something elastic, ductile… One can also assume an age of twenty years or one hundred years, because then the body no longer belongs to time, it has become soul , and that is what is important. Woe to the one who loses his soul , who does not crystallize it in himself! A man can be very rich, can have an extraordinary erudition, can be a great occultist, etc., but this is worthless to him if he has lost his soul .

Question: It is true that some saints emanated the scent of flowers from their bodies? Is this event due to what you expressed in the previous answer?

Samael Aun Weor: To a large extent, it is due to what I already stated. Yet, it is necessary to go beyond the category of a Saint. One thing is the profane, another thing is a Saint, and yet another is an Adept.

Regarding the Adept, even his very body of flesh and bone becomes soul , can become immortal, becomes a mutant that is no longer subject to time…

Question: Could you explain to us, Venerable Master, the process that you underwent in order to comprehend your defects?

Samael Aun Weor: That was a matter of very rigorous analyses through applying the technique of meditation. Through that way one gets to the comprehension of this or that defect. Once it is comprehended, it can be disintegrated with the help of the Divine Mother Kundalini . 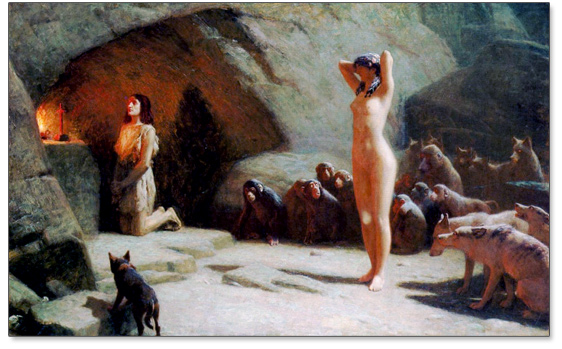 Question: Before you reached mastery, did you meditate every day?

Samael Aun Weor: Meditation is the daily bread of any true aspirant to wisdom. I have always meditated, and I will continue meditating, always.

Question: Would you explain “to esoterically self-discipline oneself in order to not let oneself be swallow by the ego?”

Samael Aun Weor: Regarding matters of esoteric self-discipline, there are many subjects that cannot be published and that can only be communicated from teacher to disciple.

Question: Definitively, Master, one who does not meditate cannot dissolve the ego?

Samael Aun Weor: No, he cannot, because he cannot comprehend it. How could someone dissolve the ego if there is no comprehension of it? First of all, it is necessary to acquire cognizance of the ego on which one meditates so that one can soon dissolve it.

Question: Since this is a fact, do you think the Gnostic student should meditate daily?

Samael Aun Weor: Gnostics should practice meditation at least four or six hours daily, practicing in the morning, in the afternoon, and almost all night, until dawn. This should become our habit during our entire life. Thus, if they proceed that way, they will live a profound life and will Self-realize themselves. Otherwise, they will live a superficial, hollow life, a chronicle life, something—we would say—like a shallow puddle. We know very well that any puddle at the edge of a road is soon dried under the rays of the sun, and thereafter only rottenness is left. Nevertheless, the lakes are very different; they are profound, full of fish and life. We must, therefore, learn how to live profoundly, and this is obtained by means of meditation.

Question: Master Samael, we asked an instructor once how long meditation should last and he answered, “Ten minutes.” What is your opinion regarding this answer?

Samael Aun Weor: Any meditation must last hours: three, four, six hours. Once in the “illuminating void,” there is no time. The aspirant’s lack of profundity is what harms the younger brothers.

Question: Do you mean that seriousness does not exist in the aspirants (those who seek recognition, distinction) to Gnosis?

Samael Aun Weor: That is clear and manifest! Since meditation must be deep, profound, prolonged…

Question: Then what is your opinion about the conduct of those who have hierarchical positions in any institution, including the Gnostic Movement?

Samael Aun Weor: When one does not work in the dissolution of the ego, one commits mistakes, and moreover it is very natural that these will be committed daily. Thus, mistakes bring problems, and problems bring confusion. Nevertheless, if one works on oneself, everything will march better, because one will advance by eliminating psychological defects.

Question: How can one who has eliminated the 50% of his defects be known?

Samael Aun Weor: Good behavior shows it, because the tree is known by its fruits. As the fruits are, is the tree.

Question: Are the Gnostic students in danger of becoming hasnamussen?

Question: Did the ancient Chinese have a technique in order to psychologically work in the dissolution of their ego?

Samael Aun Weor: Indeed, the ancient, millenarian China had an instrument that had 49 chords. Each one of the chords of that instrument was related to each one of the 49 subconscious levels of the mind, respectively. It is clear that when a certain artist made each chord to sound, the Initiates entered into deep meditation, in each one of the unconscious levels. Thus, this is how they discovered themselves intimately, and as a logical sequence, they transformed themselves.

Question: What is the best technique in order to disintegrate defects during the practice of the Sahaja Maithuna?

Question: Can you tell us, Venerable Master, what or which defects in your present reincarnation were the most difficult to eliminate?

Samael Aun Weor: Well, obviously, I consider that anger and lust were the radicals, and since they were reduced to dust, all the others were eliminated with cautious steps and a strong hand.