Change Nature, Thus You Shall Find What You Seek

1. Arnaldus de Villa Nova, Albert the Great, Raymond Lully, and many other alchemists designated sperm or semen as Mercury.

2. There is only one matter that serves as a foundation for the Great Work of the Father.

3. This crude matter of the Great Work is the sperm, which is designated by the alchemists as Mercury.

4. Mercury is the sperm of all metals.

5. Arnaldus de Villa Nova states that Mercury engenders the diverse metals in the bosom of the Earth, according to the degree of Sulfuration. 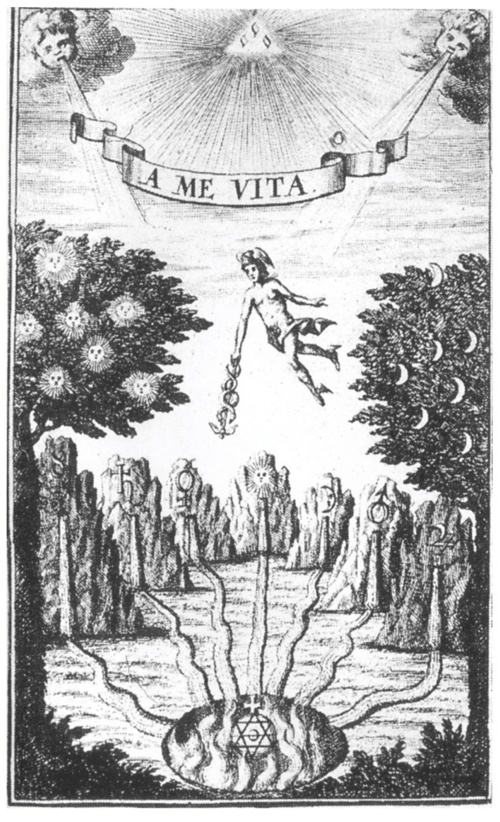 6. Therefore, Mercury revests the diverse metallic forms in accordance to the degree of baking.

7. In reality, each thing can be disarranged with its own elements.

8. With the help of heat, we can disarrange ice into water, because water is the element of ice.

9. Therefore, all the metals of the Earth can be disarranged into Mercury, because Mercury is the crude matter of all the metals.

10. Mercury is the spermatic semen in which all the metals can be disarranged, because this is the element from which all things emerge.

12. Before the metals can be transmuted, first they must be reduced to their crude matter.

13. As well, before the human being can be redeemed of his sins and enter into the kingdom of Heaven, he must first be reduced to his crude matter in order for him to be transmuted into the Heavenly Man of which Saint Paul spoke.

14. For example, if I have a statue and I want to give this statue a completely new form, I must first of all reduce this statue to its crude matter by disarranging it to the very elements of which it is composed.

15. Then, with this crude matter, I form the statue into a completely new and totally different form.

16. As well, if we want to be transmuted into heavenly people, into Masters of wisdom, we must be reduced to the sperm from which we were formed, in order to elaborate the intimate Christ, the Child of Gold of sexual alchemy.

17. "Change nature, thus you shall find what you seek."

18. The alchemists have said that our blessed stone has body, soul , and Spirit, and this is so.

19. Our imperfect body is our individual planet.

20. The soul is the fermentation of alchemy, because during the practices of Sexual Magic we enter into the worlds of darkness and of light, and into the worlds of fire and passion, from which we must pull out the light of the Spirit.

22. This "dryness" is our divine earth, our interior universe taken from the waters of life.

23. The Spirit is converted into body, and the body into Spirit.

24. With this we want to say that the semen is transformed into Spirit, and the Spirit into semen.

25. The entire magisterium of the fire is performed with the water of the Father.

27. This divine water cleans and whitens everything.

28. "The Azoth and the fire clean the brass—that is to say, they clean and completely remove all of its blackness." - Semita Semitae, by Villa Nova 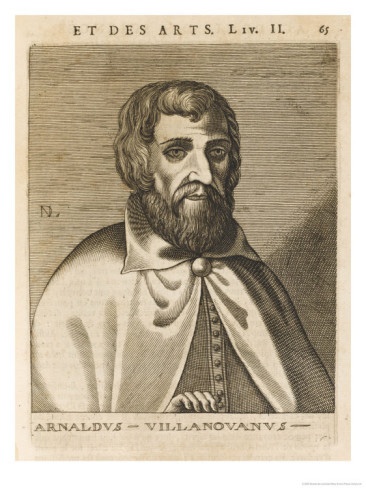 29. The water of our Chaos unites the most diverse principles, with the condition that they first have to be dissolved in the semen—in other words, into the water of which we are made.

30. This Chaotic union is eternally inseparable.

31. The first teaching that Christ, the divine Rabbi of Galilee, gave us was to transmute the water into wine.

32. The first teaching of our divine Master was sexual alchemy.

33. At the nuptial wedding of Cana, Christ transmuted the water into wine. 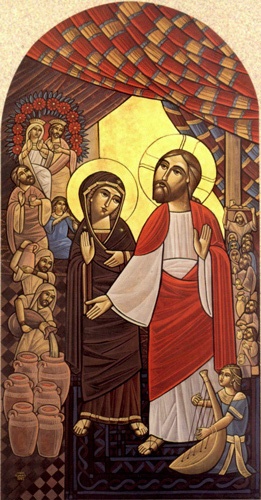 34. The first teaching that the divine Master gave us was sexual alchemy, when he opened the path of initiation for all human beings.

35. It is necessary to transmute the water into the wine of light of the alchemist, in order to deeply self-realize ourselves as Masters of the Mahamanvantara.

36. In this day and age, among Theosophism, Spiritism, Cherenzi-ism, Parsivalism, Pseudo-Rosicrucianism, etc., sexual sublimation is often spoken of. Nonetheless, the inexperienced, ignorant ones believe that sublimating is elevating.

37. These people want to sublimate impure forces without previously reducing them to the crude matter of the Great Work.

38. This is why all the ignorant Spiritualists who eat at Jezebel's table and who eat food offered unto idols have failed.

39. If we wish to transmute or sublimate our sexual forces, then we must first of all be chaste and not spill even a single drop of semen.

40. We must reduce all the elements to their crude matter in order for them to be transmuted.

41. If we want to sublimate our lower passions, then we must first of all be chaste in order to reduce all our metals to the Chaotic semen, and then transmute them into the intimate Christ, into the Child of Bethlehem, into the Child of Gold of sexual alchemy.

42. Not a single fornicator can transmute his inferior personality into the Gold of the Spirit.

43. Not a single fornicator can transmute his sinner personality into the Heavenly Man.

44. This is why all the fornicators, all the uncircumcised ones, and all the satyrs of Spiritualism have failed.

45. Neither sublimation nor transmutation can exist without first of all reducing our old personality into the semen from which it was formed.

46. "Change Nature, thus you shall find what you seek."

48. Our water first becomes black, then red, and it then suddenly turns into distinct colors.

49. "This is how our Magisterium is taken from One, is made with One, and is composed of four and three, and are in One." - Semita Semitae, by Villa Nova

50. This means that the magisterium is taken from the human being, it is composed of the four elements, and the body, soul , and Spirit are all reduced to the semen.

51. Our blessed stone is corporeal and spiritual.

52. Our blessed stone is spiritual in its substance, however the Spirit has become corporeal in it, thanks to the union with the body.

53. "Some call it fermentation, others call it bronze." - Villa Nova

"The science of our Magisterium is entirely comparable to the procreation of the human being; first of all, the coitus; secondly, the conception; third, the imbibition; fourth, the birth; fifth, the nutrition or nourishment."

55. Our sperm is united with our organism, which is called "Mother Earth" by the medieval alchemists. This union with the semen is known in sexual alchemy as coitus.

56. Thus, the coitus of the alchemist is this union of the semen with our organism.

57. During the practice of Sexual Magic, instead of being spilled the semen is raised to the chalice of the brain. This is what sexual transmutation is. This is the coitus of medieval alchemists.

"If our stone is not placed within the female's womb with the objective of being nourished, then it will not grow."

59. Well now, the female's womb that Mechardus speaks of is our "Mother Earth," our own human organism. 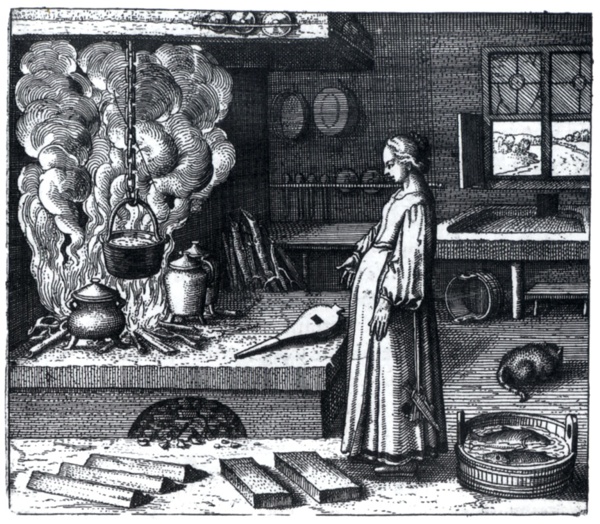 "The fish must be cooked in its own waters." Illustration by Michael Maier (1618)

60. If we throw that stone out our divine womb, we can then engender human beings condemned to death, but we cannot engender the King crowned with the red diadem, the Sun King of sexual alchemy.

61. It is said that when our organism retains its semen, then conception has taken place.

62. When we assert that the male must act upon the female, we are referring to the sexual contact with our spouse. Also, we want to affirm that our semen is acting upon the Earth—that is to say, it is being transmuted within our own organic laboratory, in order to be converted into light and fire.

63. Thus, our magisterium is masculine and feminine at the same time.

64. We say that there is imbibition when after withdrawing from our spouse the sexual fluids are assimilated by our organism.

65. This fermentation is then thickened within our imperfect body. Thus, we say that there is conception.

66. Then comes the birth of our King.

67. The crowds say, "Worship our King coming from the fire crowned with a diadem of gold. Obey him until he reaches the age of perfection. Feed him until he is great. His father is the Sun, his mother is the Moon. The Moon is the imperfect body. The Sun is the perfect body."

69. The Sun King feeds himself with his own milk.

70. This milk is the sperm that engendered him.

71. The more he is nourished, the better, because he will grow more rapidly. He will fertilize himself and he will be strong in a total way.

72. Therefore, "Change Nature, thus you shall find what you seek."