God does not have any form. God is co-essential to the abstract absolute space. God is that... that... that. God has two aspects, wisdom and love. As wisdom, God is the Father; as love, God is the Mother.

Christ is the Son of God. Christ is not an individual but an army, the Army of the Voice, the Word.

Before the dawn of the new cosmic day, Father, Mother, and Son were one; that...that... that.

God as Father resides in the eye of wisdom. This eye is situated between the eyebrows.

God as Mother resides in the temple of the heart. Wisdom and love are the two principal columns of the great White Lodge.

Within each human being there exists a soldier from the Army of the Voice. This soldier is the Internal Christ who exists in every man that comes into the world.

The human being with seven bodies is just the sinning shadow of the soldier from the Army of the Voice.

We must incarnate the Solar Man, the inner Christ. The Divine Mother helps us.

God as love is Isis, whose veil no mortal has lifted. Who would lift the terribly divine veil? Woe to the profane and profaners who attempt to lift the veil of Isis.

When the devotee beseeches his Divine Mother, he must be sleepy and submerged in profound internal meditation.

The true devotee does not rise from his bed, nor does he eat or drink until he receives the answer from his Divine Mother.

The Cosmic Mother has no form, but will take on any form in order to answer the supplicant. She can present herself in the form of Isis, Rhea, Cybele, Tonantzin, Mary, etc. 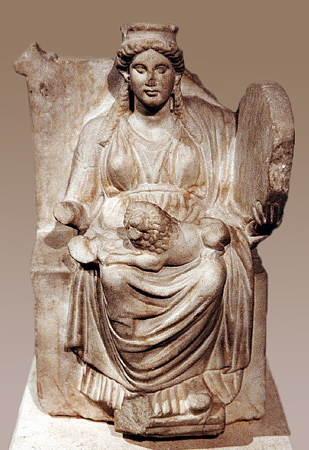 When the Divine Mother has given her answer to the devotee, she then disintegrates her form instantaneously, because she no longer needs it.

The Divine Mother is not a woman, nor is she an individual. She is in fact an unknown substance. Any form that she takes disintegrates afterwards - that is love.

God, the Mother, is love. God the Mother adores us and loves us terribly. When we work with the Arcanum A.Z.F., the Mother Goddess of the world rises through the medullar channel and transforms Herself into the fiery serpent.

The Mother Goddess of the world is Devi Kundalini . The Divine Mother carries Her beloved child in Her arms. Her child is the Internal Christ of each human being.

The devotee who wishes to have powers must ask his Divine Mother for such powers.

The true devotee humbles himself before God, the Mother.

If the devotee sincerely wishes to correct his errors and tread upon the holy path, then he may ask his Divine Mother to pardon his past karma and She will forgive him.

Yet, if the devotee does not correct his errors or does not follow the holy path, then it is useless to ask for pardon for she will not grant it.

The Divine Mother will forgive her truly repented children. She can forgive the karma of her children because She knows how Her children behave.

The Divine Mother can forgive the karma of evil actions from past incarnations.

When repentance is absolute, punishment is worthless.

By purchasing a print edition of "Yellow Book", you get a high quality, permanent source of profound knowledge, you help us print more books, keep this website online, and allow us to give free books to prisoners, churches, libraries, and more.
Pick a Bookseller