Peace and the Third World War

Editor's Note: More than forty years ago, Samael Aun Weor predicted a set of circumstances that will result in another world wide war. It is distressing to see in the news today all of the elements of his prediction.  It is with all the force of our being that we pray on behalf of humanity that these circumstances be dissolved, that we may have more time to change ourselves individually. Additionally, we encourage you to share this information with others. We directly influence the fate of humanity through our individual and collective actions: the more of us that take our individual responsibility seriously and make daily efforts to change ourselves for the better, the more we delay and reduce the threat of catastrophe and suffering. If we do nothing, then nothing can slow the approach of calamity.

Much has been said about the forthcoming Third World War, which–without the slightest doubt–will be atomic. There have been great political events, such as in the case of Cuba, but nevertheless the Third World war did not occur; yet, humanity waits with infinite terror for this dreadful catastrophe that we know they anticipate as inevitable. Oddly enough, in spite of the Cold War and other great political events, the Third World War has yet to occur. Wretched people continue to wait for this feared atomic war–many even long for it; thus, this is how humanity is. 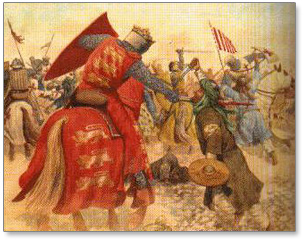 Indeed, what truly happens is that wars have never been fought for ideologies; wars have always occurred due to commercial matters. The populaces, the middle classes, are not the ones who invent the wars; this has always been done by the economic industries of the powerful ones; therefore, wars are due to commercial problems. Yes, the powerful ones invent the wars. It is painful to see the wretched populaces being deceived by the monopoly-party of the powerful ones. Those gentlemen make the populace believe that they must fight on behalf of their “threatened mother country,” religion, on behalf of democracy, for the cause of the proletariat, etc., etc., etc. Thus, this is how the deceived populaces go to the slaughter house; that is all. Even the medieval wars, the Crusades, were wars for the commerce of spices; that was all. The powerful monopoly-parties deceived the populaces, making them think that they should fight against the Moors for the conquest of the Holy Sepulcher, for the Holy Land, for Christianity, etc. All of that was a deceit. The purpose of that war was the trade of spices; at that time, the European capitalists were interested in acquiring absolute control of all the spice markets.

World War II was also due to commercial matters. Hitler took his people to war because of financial matters. Germany needed to break through into international trade; the competition of markets was terrible, and Hitler–full of ambition– saw only the mistaken way of violence for his world-wide conquest. World War II in its depth was only a repetition of the First World War.

The Third World War has not begun, in spite of so many serious political events, due to the fact that neither the United States nor Europe has been able to saturate all of Asia, Europe, Africa, and America with their merchandise. Those two great powers (the United States and Europe) have clashed because of opposite political ideologies, but they have not yet clashed because of commercial matters, because neither the United States nor Europe can still supply all the markets of the world. Let us take into account that Asia still cannot be supplied by Russia nor by the United States – that is to say, there are no commercial conflicts yet [in 1964]. Understand that when these types of conflicts begin, the Third World War will then become a fact; in those days, the monopoly-parties will make the populaces believe that they must fight for democracy, for freedom, for Communism, for religion, for their motherland that is in danger, etc., etc., etc., and the wretched, deceived populaces will inevitably go to war.

Sadly, this is how wars have always occurred; millions of people die in order to enrich the few. Yes, the powerful ones of the Earth are the ones who take the populaces to war. Regrettably, those powerful ones are created by the same populaces; they are the living expression of the egotism of the populaces.

As a result, it is absurd to want to end wars while not bothering about the dissolution of the “I.” So long as the “I” continues to exist, there will be always wars.

In these moments, all those who want to become famous become paladins on behalf of peace. In these times, many thousands of dollars are spent on pro-peace propaganda, as if peace was a matter of propaganda.

Many are those who aspire to gain the Nobel Peace Prize. Many are the millions of dollars that are spent on propaganda for peace, yet the Third World War is inevitable, as our beloved readers will eventually see it.

It is absurd to deceive ourselves with peace propaganda. It is foolish to think that only with pro-peace organizations and many Nobel Peace Prize paladins will we end the scourge of war.

While the factors of war continue to exist within the individual, then inevitably, there will always be wars.

All the treaties of non-aggression are useless if within the individual all the factors of war continue to exist.

The populaces go to war due to hatred, to egoism, to cruelty, to competition, and greed.

The unmanageable greed, the economic conflicts, the barbarian competition and hatred, will take humanity to the Third World War, even if millions of dollars are spent on propaganda for peace, and even if the Nobel Peace Prize has been acquired by many paladins.

We are at the brink of the third great, world-wide cataclysm.

All nations fierily prepare themselves for the Third World War, despite the appearance of pro-peace paladins everywhere.

Propaganda for peace, peacetime organizations, Nobel prizes for peace: “vanity of vanities, all is vanity.” 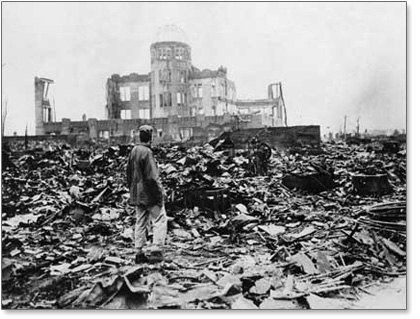 While the factors of war continue to exist within each person, there will inevitably be war.

While the “I” continues to exist within the individual, there will be wars.

The Third World War will be worse than the two preceding wars, and the worst thing of this matter is that this time the civilian population will undergo much more suffering.

The Third World War will be atomic, and the outcome of so many nuclear blasts–by logical sequence–will be by chain reaction: the decomposition of the atom.

Nobody can prophesy the date on which the atom–in chained succession–will be uncontrollably disturbed. The only thing that we can affirm–without fear of falling into a mistake–is that the abuse of nuclear power can as a consequence bring the chain decomposition of the atom.

When this occurs, earthquakes and tsunamis will follow one after the other in a catastrophic manner. Then the cities will fall into ruins like castles made of cards.

The Third World War is made dreadful not only by itself and by the many millions who will die, but what is worse, it will have a type of atomic consequences over time.

The uncontrollable atomic energy can bring about earthquakes and frightful marine convulsions.

The atomic bomb finished the Atlantean continent, producing the revolution of the axes of the Earth; then the seas changed their basis, and Atlantis was submerged at the bottom of the ocean that presently has its name.

Archaic traditions that are lost in the frightful night of the centuries affirm that Lemuria was also destroyed by the atomic bomb.

When we know the past, we can prophesy the future without fear of falling into a mistake; the past becomes the future due to the fact that time is circular.

We are on the brink of a great cataclysm and we do not want to understand it; thus, this is how the Atlanteans were on the eve of the great catastrophe…

We do not establish dogmas, we want understanding, and that is all.

We need a change within the individual; only thus will the world be able to change.

We are before the philosophical dilemma of “to be or not to be”–we change or we perish. That is all!

By purchasing a print edition of "Social Christ", you get a high quality, permanent source of profound knowledge, you help us print more books, keep this website online, and allow us to give free books to prisoners, churches, libraries, and more.
Pick a Bookseller