Sexology, the Basis of Endocrinology and Criminology

The liver is the biggest gland of the organism. The liver is situated on the right side, exactly below the diaphragm. The liver has a dark red color. The liver weighs four pounds, more or less, and is a little less than nine inches long, seven inches wide, and four inches across through its thickest part.

Doctors call the liver “the organ of the five.” The Kabbalists know that the five is the number of Geburah, severity, the law.

The number five of the liver reminds us of the law, the Nemesis that weighs on all those actions that are the offspring of desire and of all evil.

On the brass liver found in the ruins of Piacenza were found the engravings of the twelve zodiacal signs. This invites us to think on the five of the liver. It is said that the ancient astrologists prognosticated by consulting the liver. They looked at the liver and forecasted. 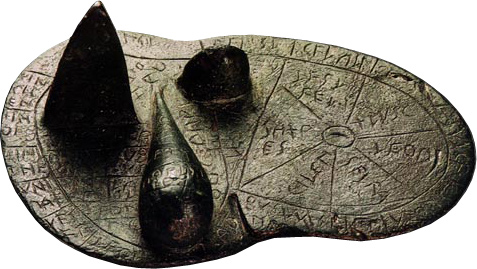 The whole zodiac of the microcosmic human being has its own laws and its signs written in the liver.

The cells of the liver secrete the bile so indispensable for the digestion of fats.

The liver produces the glucose so important for the tissues. This work of the transformation of sugar into glucose is an admirable work of alchemy. There are certain internal secretions of the liver that regulate the alchemical transmutation of glucose and of glycogen into sugar.

The liver controls the calories of the organism.

In its alchemical laboratory, the liver produces the substance called coagulase. Coagulase is an indispensable substance for coagulation.

All five functions of the liver are fundamental for the life of the organism. The liver is in charge of burning in its alchemical laboratory all the wasted and old cells, forming residues that are easily eliminated.

The hepatic artery gives the liver all the blood it needs. The adjoining tissue that enfolds the liver reaches to penetrate inside the organ itself and separate it into its five perfect divisions. Each small lobe of the liver is like an island surrounded by a multitude of sanguineous vessels.

The portal vein carries venous blood to the liver. This vein inside the liver ramifies into a multitude of vessels. Each small lobe of the liver has its own vein. Each cell of the small lobes of the liver is placed in a net of minute sanguineous vessels.

There are also small interlobular veins. Each cell of the small lobes of the liver receives the venous blood proceeding from the stomach, spleen, pancreas and intestines through the famous portal vein that, like a river of pure life, takes nourishment to the liver. The barren islets of the cells of the liver receive their sanguineous nourishment from the small interlobular veins. Nothing is left without life in the liver. Everything receives life.

Each cell of the liver is a true alchemical laboratory in charge of wisely transmuting the food into valuable substances for all the cells of the organism. All the transformed blood leaves through the small interlobular veins to pass to the interior of a vessel named the central vein.

The central vein drains off into that great abundant river known as the vena cava. The hepatic cells that live inside the liver like small conscious and intelligent workers have to transform many substances in the bile to help digestion. The bile remains in the bile duct until it is needed, then it is emptied into the duodenum.

The sages of Hindustan see clairvoyantly that from the hepatic gland emerges a lotus flower, the hepatic chakra.

By purchasing a print edition of "Sexology, the Basis of Endocrinology and Criminology", you get a high quality, permanent source of profound knowledge, you help us print more books, keep this website online, and allow us to give free books to prisoners, churches, libraries, and more.
Pick a Bookseller
Share This Page: