Description of the Temple of Wisdom 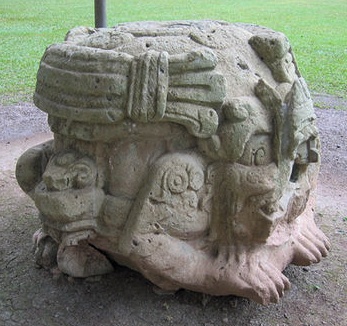 Symbols shown on this engraved stone:

Above is a series of lines that, as we previously stated, symbolize the mercury of secret philosophy.

Four circles also appear that not a single anthropologist could have understood, and that also appear in Mexico, Peru, the East, Mesoamerica, Yucatan, etc. It is clear that the four circles represent the Tetragrammaton, and serve in order for us to remember the trinity within the unity of life.

The three angles on top of the circles indicate the three forces of creation: Father, Son, and Holy Spirit.

On its sides we see two human semblances who walk towards the temple and that symbolize the two Colossuses of Rhodes, the lion and the eagle, the unicorn and the horse, etc. It is a clear representation of the mercury and the sulfur of the wise, the foundation for every work.

A door, the holy urn, the holy temple is shown at its center.