Gazing at the Mystery

Question: At the end of the Second World War, in the City of Mexico, the case occurred of a five-year-old girl whose name was Maria. She was the daughter of parents with the lowest economic income. On one occasion, when her mother was sick, this girl appeared before three neighbors with a beautiful bunch of red roses, declaring that the roses were for the Virgin, so that she would cure her mother. This fact was very commented on in the surroundings and within the neighborhood where they lived.

On another occasion, when she fell into a true state of ecstasy and uttered certain words that only she knew, she made two solid stones of pure gold appear, which generously helped to improve the living conditions of her parents. After this astonishing event, she showed evidence of clairvoyance and prophecy.

On a certain occasion a married couple went to consult her because of the husband’s sickness. She concentrated herself, closed her eyes, and few instants after, a fabric doll with many needles inserted within the doll’s body appeared within her hands. Thereafter, she took the needles out of it and while uttering a conjuration, she threw the doll into a charcoal-brazier where she burned sulphur, thereby definitely healing the bewitched man.

When she grew up, she had the power of healing by means of magnetic passes. She had always long lines of sick people asking for help and consolation, and she always healed them. Nonetheless, when she came to fifteen years of age, she became interested in mundane things, and thus, little by little, she degenerated her customs until becoming a common and current human being. Master, would you tell me the cause of this case?

Answer: This question is certainly very interesting and it is worthy of an answer. Obviously, that girl was endowed with Jinn powers. It is unquestionable that she could give gifts, bring roses, bring them from the astral world into the physical world, make objects from a far distance to appear, as the case of that doll with needles, etc. The concrete fact of losing her powers when she started to become interested in material things, when she withdrew from the transcendental spirituality, is evident and manifested. 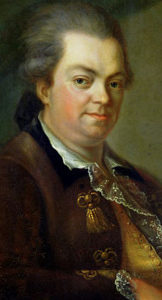 The case of the enigmatic and powerful Count Cagliostro comes into my memory in these instants. Old traditions state that when Cagliostro left the prison of the Bastille in Paris, where he had been a prisoner because of that scandalous case related with the Queen’s necklace, he celebrated an extraordinary banquet. The whole of France was in commotion when they heard about episode of this festivity.

It was notorious among the the guests that the Count Cagliostro was certainly in possession of formidable powers. The table of that feast was shining with gold, silver, and the splendor of the guests. Nevertheless, some seats were empty, but the viands were served. Suddenly, something extraordinary happened: the empty seats were occupied by personages who were long dead; thus, all the guests were filled with fear. Yet, when seeing the serenity of the Count Cagliostro, they had to control themselves in order to eat and drink in front of the specters who were smiling at that banquet. This case was commented upon throughout the whole of Paris.

It is then completely demonstrated that Cagliostro was in possession of extraordinary Jinn powers, because he could take the dead from their world (astral world) in order to make them appear in the physical world. This is clearly astonishing.

It is also stated that on another occasion, the Count visited a poor family with the purpose of dining with them. That family was a little ashamed, due to the fact that they did not have beautiful dinnerware or a cutlery, nor glasses in order to attend so wealthy a personage in a decorous way. Therefore, when comprehending all of this and in the presence of the hosts, Cagliostro took out from the astral world a very wealthy dinnerware set of pure gold, beautiful glasses, and magnificent cutlery, then he asked with humbleness for the banquet service. All of the attendees ate and drank, astonished at using such wealthy dinnerware. Thus when the feast ended, Cagliostro gave the dinnerware to those people with the purpose of improving their economic situation.

During the epoch of the Colonization here in Mexico, an unusual and unexpected Jinn phenomenon happened. It so happened that a Philippine soldier appeared attired with the uniform of the army of his country, in the very center of the Zocalo of the City of Mexico, D.F. That man was detained immediately and when he was interrogated, he — astonished — only answered that he had no idea how he had left his land, how he had been instantaneously transported to the City of Mexico. He gave data about events that had happened the day before in his country, which was the day previous to his arrest.

Investigations were made that confirmed exactly all of the data given by the soldier. Airplanes did not exist in that epoch, neither ships that could transport any person from the Philippines to Mexico in few hours. Clearly, this was enough cause for the Catholic Inquisition to inevitably intervene. Traditions state that this poor man was judged. We do not know if he was burned in the bonfire or if he was only incarcerated or tortured.

Another extraordinary phenomenon happened to me. After having placed my physical body in a Jinn state in accordance with the methods and procedures that I have taught to all of you, suspended within the atmosphere of the world I flew above some regions of South America. Suddenly, when passing above a ranch, I felt pulled towards the house of that ranch by a very special magnetic force. When I placed my feet on the ground, I verified the concrete fact that some neighbors who were workers of that farm were ardently praying. They were conjuring me; those naïve creatures believed that I was perhaps a sorcerer. It is obvious that they were longing for my annihilation, for my destruction.

I saw them advancing towards my insignificant person when I was already on land; they were grasping machetes and looking at me with a terrible anger. I saw a room and I entered there, entrenching myself behind a table. Then, walking backwards some steps, I crashed against a fence or wall; in those moments they reached to beat me with a stick, thus hurting my arm. However, I exerted a great effort and put my body into the fourth dimension again. Thereafter, I passed through that wall (which was no longer an obstacle for me) and, floating within the environment, I returned to my house again. I endured various days with my arm swollen, until it became definitely healed.

Question: Master, would you tell us how it was that while floating within the fourth dimension, those peasants could see you and made you land in the third dimension?

Answer: My friends, I want you to know that the atmosphere is not found in the same conditions all the time; there are special cosmic instants that are determined by the radiation of the planets. During those cosmic instants, Jinn things and objects become visible and tangible in the presence of the people of this tridimensional world. This was my case, thus it is obvious that I was seen by those peasants. Considering also the fact that they possess an extraordinary faith in all of their rites and prayers, this is why they easily could make me descend to that place. Understood?

Question: How did you return again into the fourth dimension in order to escape from those peasants?

Answer: My friends, I want you to know that in those instants, my physical body was totally saturated with the radiation of the astral world. Obviously, I needed only to exert a great effort of willpower in order to reenter into the fourth dimension. Due to the fact that I was in a very grave situation, I had to do it, thus I did it and with magnificent results. That is all.

Then there is the remembrance of the mulatto from Cordova, in Veracruz. She was an extraordinary woman from the state of Veracruz, Mexico. The Inquisition judged her; she was accused of being a witch and a sorceress. However, she remained serene and impassive before her accusers and calumniators.

She was enclosed within a cruel dungeon. On the morning of the scheduled day of her execution, the gendarmes entered into her cell and were astonished and overwhelmed when they saw her very happy and dressed as if she was going to a party. “What? You should be dressed in black and preparing yourself for death. You must know that you are going into the bonfire, where you will be burned alive with green wood and a slow fire so that your blood will not be shed.”

The mulatto answered with serenity, “Still there is time, sirs; come down a little bit. First of all, I want you to see how I know to draw on the wall.”

She took chalk with her right hand and drew a ship with its sails, cables, etc., on the wall. Then, addressing her guardians, she questioned them as follows, “What do you think about this drawing?”

They answered, “As a drawing it is good, but that ship is lacking a crew.”

“That is not a problem,” the mulatto answered, “I am going to draw it in this very moment; observe it, see it.” Then, when they directed their sight towards the ship, they saw the mulatto within the drawing and happily waving farewell to them and saying, “Good-bye, good-bye, good-bye.”

Therefore, astonished and confused, they directed their sight towards the place she was in previously, and, frightened, they saw that the woman had disappeared. Thus, my dear friends, this is how the mulatto from Cordova mocked the Inquisition.

There is no doubt that something similar happened with the Count Cagliostro, because all of the data given about his death within a dungeon in the Inquisition is manifestly contradictory. We, the Gnostics, know that the Count Cagliostro is still alive with the same physical body that he had in the sixteenth, seventeeth, and eighteenth, etc., centuries. In the name of truth I want to tell you that I am a personal friend of the Count Cagliostro, thus I know him very well.

By purchasing a print edition of "Gazing at the Mystery", you get a high quality, permanent source of profound knowledge, you help us print more books, keep this website online, and allow us to give free books to prisoners, churches, libraries, and more.
Pick a Bookseller