The news that arrives from all over the world assures that the cosmic ships land in different places of the Earth.

What bothers the intellectual-loafers the most is to not be able to capture one of those ships, with crew and everything. We are absolutely sure that the cannibals from Africa and the Amazon also felt very annoyed when they could not manage to capture an explorer.

Regarding concrete facts about flying saucers, people want to proceed like cannibals, however, it is clear that the crews of those cosmic ships—who know human savagery very well—are not willing to let themselves be ensnared, since they know very well the fortune that awaits them, that is, the intellectual-loafers would make them prisoners, the ships would be seized and used for war, etc.

Yes, the crews of those cosmic ships are not willing to serve as “guinea pigs,” therefore, before letting themselves to be trapped—similar to those explorers from the white race that flew past the tribes of cannibals—they prefer with good reason to disappear within the infinite space.

We are stating something that may hurt the intellectual-loafers very much, since they love themselves too much, boasting about themselves as super-civilized, even if in their depths they are truly nothing but savages dressed in the modern style.

In Brazil, near Parana, a cosmic ship landed before the presence of a famous scientist, whose last name is Kraspedón. The captain of that ship invited the mentioned scientist to visit his ship.

The mentioned scientist not only came to know the interior of the ship, but also its crew.

The captain of the ship said that he came from a satellite (a moon) of the planet Jupiter. He spoke perfect Spanish, and promised the mentioned scientist to visit his home in return. When Mr. Kraspedón wanted to give his home address to the captain, he replied that it was not necessary; when refusing, the captain said, “We know perfectly well how to find you on the Earth.”

Six months later, on a Sunday, Mr. Kraspedón—withdrawn in the study room of his house—was suddenly interrupted by his wife, who informed him that at the door of his house was a man who wished to speak with him. She said that the man was carrying a Bible between his hands and insisted on giving explanations about it. Mr. Kraspedón commanded his wife to dismiss the visitor and to close the door. Moments later, the lady returned and informed her husband that the visitor did not want to go away and insisted on speaking to him.

A little sour-faced, the scientist resolved to leave his study and go to the door in order to take care of the visitor. Great was his surprise when he found himself face to face with the captain of the cosmic ship whom he had met six months earlier.

Mr. Kraspedón welcomed the visitor, and invited him to come inside the living room of his house. Soon their conversation began. The mentioned scientist wanted to examine the intellectual capacities of the Jupiterian, placing him, so to say, in a very difficult position, by means of complicated questions about the Bible.

The visitor demonstrated his possession of a most illuminated intelligence, since he knew even the deepest roots of Greek, Hebrew, and Aramaic, thus, he knew how to give the sacred scriptures highly scientific, deeply philosophical, extraordinarily artistic, and transcendentally mystical interpretations.

After the interview, there were two more interviews in different places of the city to which the mentioned scientist attended, accompanied by a professor of physics and mathematics.

The teachings that the Jupiterian gave on the subject of astronomy were indeed formidable; all of that knowledge is transcendental.

Mr. Kraspedón is a serious scientist; he is not a charlatan. Thus, he resolved to condense all of the knowledge that the Jupiterian gave him in a precious book written in Portuguese and entitled “Flying Discs.”

The Jupiterian warned that the atomic explosions are altering the superior layer of the terrestrial atmosphere. This layer is the supreme filter that alters and disarranges the solar rays, transforming them into light and heat. 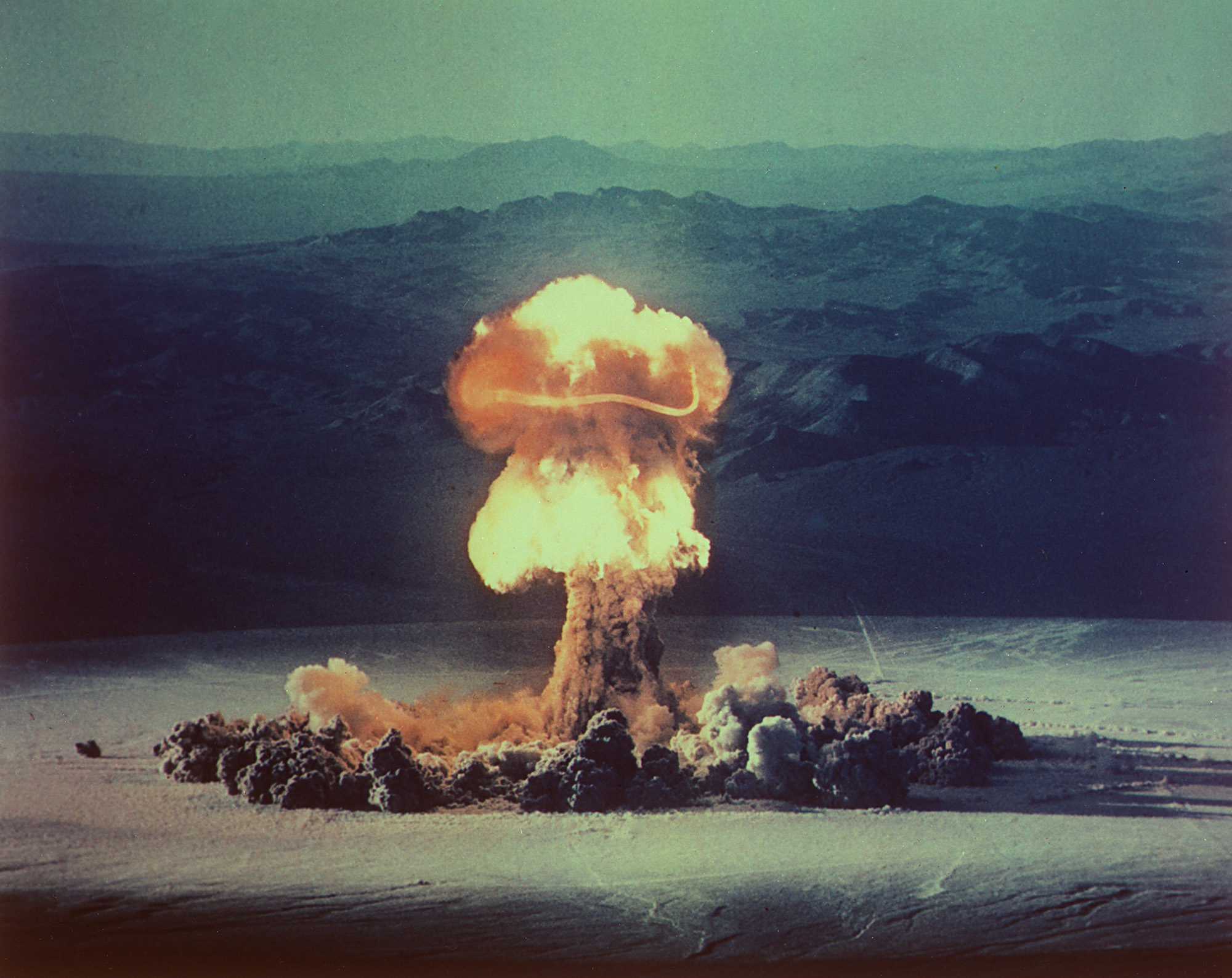 Between 1945 and 1998, there were approximately 2,000 reported nuclear explosions. This number does not include classified military information.

The Jupiterian said that if atomic scientists continue with their nuclear blasts, the day would arrive in which the supreme filter would be incapable of disarranging and altering the solar rays into light and heat; then we would see the Sun black as a sackcloth of hair, the Moon red as blood [Revelation 6:12], and a ferruginous red color upon the face of the Earth.

The Jupiterian warned that when the superior layer of the terrestrial atmosphere—that serves as support for the life of the Earth—becomes disturbed, great earthquakes would occur and the cities would fall to the ground, like castles made of cards, turned into dust.

The Jupiterian gave an alert that the navigators of outer space, who often visit the Earth, are already seeing the superior layer of the terrestrial atmosphere with a clearly altered process, and without the brightness and splendor of other times.

The Jupiterian said that atomic radiation from thermonuclear war will saturate the water that we drink, the harvests whereupon we maintain ourselves, the clouds that bring us the rains, etc.

The Jupiterian warned that atomic radiation will damage the phosphorus in the brain of human beings, and everywhere we will seen Dantesque scenes in the streets, hospitals full of people, multiplication of cancer and leukemia, millions and millions of dead, hunger, and desperation.

Time is passing; now, the atomic blasts proceed underground, as much in Russia as in the United States. France and China continue making atomic explosions in the atmosphere, and newspapers from the entire world bring news of sudden earthquakes, either in Chile or in El Salvador, now in Iraq, Japan, etc.

We are facing concrete facts that are impossible to deny.

Envious people will be bothered very much by the narration about the Jupiterian and Mr. Kraspedón, thus, it would not be very strange to us for them to send against us all their satires based on their stupid skepticism, similar to the satires of those who mocked Pasteur, Galileo, Edison, etc.

What really bothers the envious people is to not have the opportunity that Mr. Kraspedón had. We are sure that if the same opportunity were granted unto these envious people, they would abuse it, inevitably capturing or killing the visitors from the infinite cosmos.

Nevertheless, cannibals are cannibals, and the inhabitants of other planets know very well how to protect themselves from them, thus disappearing into outer space before the barbarian hordes of Earthlings can capture them.

By purchasing a print edition of "Cosmic Ships", you get a high quality, permanent source of profound knowledge, you help us print more books, keep this website online, and allow us to give free books to prisoners, churches, libraries, and more.
Pick a Bookseller
Share This Page: