"The Medieval alchemists hid the Great Arcanum among innumerable symbols and esoteric allegories. This was in order to save it from profanity, and in order for them to avoid being burned alive in the blazes of the Inquisition." - Samael Aun Weor

In the Judeo-Christian scriptures, the Two Trees of the Garden of Eden symbolize the two essential branches of all knowledge. 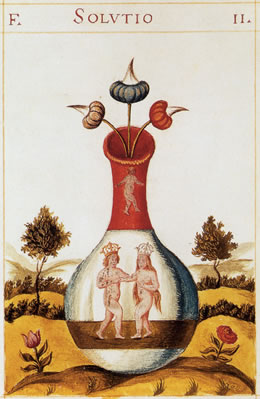 The Tree of Knowledge is the science of sexuality, which in Hebrew is Da'ath, known in the east as Tantra, and hidden in the West as "Alchemy."

The Tree of Knowledge (Alchemy or Tantra) is דעת Daath (Hebrew for knowledge), which is the same as Gnosis (Greek for knowledge).

This science was known and practiced by the ancient Egyptians, Aztecs, Mayans, Chaldeans, Greeks, Tibetans, Indians, Zen and Chan Buddhists, Zoroastrians, Sufis, and many, many more.

The understanding of the Tree of Knowledge (Hebrew: Daath) is fundamental in order to understand any religion or mysticism.

And Jehovah Elohim commanded the man, saying, "Of every tree of the garden thou mayest freely eat, but of the tree of the דעת knowledge of טוב (towb: goodness, purity) and רע (ra: pollution, impurity), thou shalt not eat of it: for in the day that thou eatest thereof thou shalt surely die." - Genesis 2:16-17

To understand what this means is the difference between awakening as an angel or as a demon. Although most modern bibles render the Hebrew words Towb and Ra as "good" and "evil," the actual meanings are "goodness" and "impurity." Therefore, the symbolic tree of knowledge has two potential outcomes: purity or impurity.

Books and classes on "sacred sexuality" and Tantra are becoming as common as weeds. There is a growing fascination with this subject, and yet, what of it is genuine and pure?

If you feel that the view and practice of Dzogchen (Tantra) is quite simple, it is a sign that you have not understood it properly. It would be quite ironic if the highest of the nine vehicles, the Great Perfection, were the most simple. That would be very ironic indeed. - The Fourteenth Dalai Lama

The ancient and long-revered tradition of Tantra is synonymous with the true heart of Western Alchemy. Both seek to transform the initiated student into the ultimate fulfillment of human existence: a purified soul , an angel, a Buddha, a Master, free of suffering and marked by the spontaneous expression of pure and selfless compassion.

While Alchemy is most known for greedy gold-seeking "chemists," there were a handful of real Alchemists, men and women who learned how to conquer death, spontaneously generate precious metals and gems, and cure incurable diseases; most of all, they were known for creating the Philosopher's Stone: a magical item which could work miracles and bestow eternal life. These stories are identical to the tales of yogis and monks of the East who walked upon the winds and performed all manner of miraculous acts. 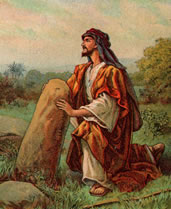 The Philosopher's Stone is related with the stone of Jacob.

And Jacob set up a pillar in the place where he talked with him, even a pillar of stone: and he poured a drink offering thereon, and he poured oil thereon. - Genesis 35:14

The Philosopher's Stone is related with the foundation stone mentioned repeatedly in the Christian Gospels.

The stone which the builders disallowed, the same is made the head of the corner, and a stone of stumbling, and a rock of offence. - 1 Peter 2: 7-8

The Philosopher's Stone is created by perfecting our own rough and unworked stone, the Brute Stone of the primeval Masons.

The secret wisdom of the Tree of Knowledge reveals the science to develop the Philosopher's Stone, or in other words, the human temple: the Soul .

Both the Western branch (Alchemy) and the Eastern branch (Tantra) of this ancient science have been fractured into many variations and movements. The pure ones have generally gone underground or "disappeared" from view, either due to intense persecution or outright murder. In their wake there have appeared many degenerated sects of who sought only to feed their desires, thereby giving birth to many of the most widespread "spiritual" movements of today.

We can categorize all forms of Alchemy and Tantra into three types: White, Grey and Black.

The White form seeks to transform the impure into perfect purity, creating an "angel."

The Grey form is a mix of the two, but it inevitably becomes Black, because desire—the ego—is so heavy in mankind.

To enter into the positive and uplifting realm of White Tantra requires exact science. The method to return to God is not negotiable: there is only one way to ascend, althought it has appeared to mankind under many guises. As the great Kabbalist and Alchemist Jesus of Nazareth said,

Enter ye in at the strait gate: for wide is the gate, and broad is the way, that leadeth to destruction, and many there be which go in thereat:

Because strait is the gate, and narrow is the way, which leadeth unto life, and few there be that find it.

Beware of false prophets (who teach misleading doctrines),(posing as enlightened beings), but inwardly they are ravening wolves (of the Abyss). which come to you in sheep's clothing   - Matthew 7:13-15

Throughout the writings of Samael Aun Weor you will find many of the key elements of the formulas of Highest Yoga Tantra, otherwise known as Alchemy.

In the view of Tantra, the body's vital energies are the vehicles of the mind. When the vital energies are pure and subtle, one's state of mind will be accordingly affected. By transforming these bodily energies we transform the state of consciousness. - The Fourteenth Dalai Lama