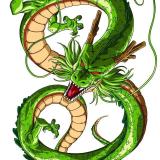 thegreenserpent
Sunday, 09 June 2019
1 Replies
144 Visits
Hello dear Instructors and students. Especially for the last few weeks, I've been having dreams with recurring themes. I've failed to interpret them. There are times where I meditate on my dreams and understand things about myself and my psyche. But not for those dreams. When I meditated on them, for a few times I felt like I've comprehended something in a non-rational, "heartly" way. But those dreams didn't stop. It's always related to being a soldier. Military barracks, old friends and acquaintances, military bases, and usually I'm a private or a sargeant. Two times it involved walking in waters, knee-deep. Curiously, one time I was a soldier leading an operation and the other time I was a nurse trying to escape a hostile military base. So I was both a man and a woman when I saw water. When I meditated on it I felt like I comprehended something on a deep level but I just can't put my finger on it. It makes sense to my heart but not to my intellect, if it makes sense to you

My mom's father was in military, so was my father. I belong to a family of soldiers and a nation of soldiers. I had a past life regression therapy before being introduced to Samael Aun Weor's teachings, I saw 4 past lives and one of them was a warrior woman, other was a general, the one that seemed most recent was a maid of a general. Since I've started to study SAW's teachings I doubt those experiences but I think they do point to something.

It seems like I'm missing the point here. I meditate on my dreams but am I lacking in effort or ability? Or is there another way to interpret dreams besides meditation?
Tweet
Oldest First 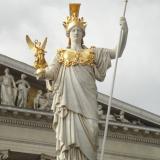 Alexis
3 years ago
·
#18830
Accepted Answer
I am still meditating on dreams I had forty years ago in order to fully understand them.

Be patient.
"Do not worry; cultivate the habit of being happy." - Samael Aun Weor

Alexis
3 years ago
·
#18830
Accepted Answer
I am still meditating on dreams I had forty years ago in order to fully understand them.

Be patient.
"Do not worry; cultivate the habit of being happy." - Samael Aun Weor
There are no replies made for this post yet.