Discussion of "Secret Teachings of Moses"

Jonathan
Friday, 15 June 2012
3 Replies
3.2K Visits
I recently read "Secret Teachings of Moses," which was profound to say the least, and has had quite an impact on me.

But when I turned the last page and realized the book was over, I was mystified. "Was that it?" Was that all there is? How is it ending here? Surely there has to be so much more to it than this. When is the next one coming out - say, "Secret Teachings of Jesus?" Why did this raise a thousand questions and only answer ten of them?

Essentially, the practical message from the book, as I understand it, is basically this: avoid orgasm, and try to transmute your sexual energy.

But this message seems magnificently incomplete. If this (celibacy) were all that was required, why aren't the neighborhood priests more "evolved"? What's the difference between this and mere sexual repression or prudishness? The book mentions sublimation or transmutation of the sexual energy, but if all one does is avoid orgasm, how is transmutation achieved (instead of mere repression)? Is this directed towards males only, or women as well? If so, how would women practice this (it seems that "spilling the sexual fluid" wouldn't work quite the same way).

I mention all this because I know "there is more to it" than only what is presented in the Secret Teachings book (in part by having read some of Samael Aun Weor's other books). But honestly, it seems that there needs to be a sequel or companion book to this one, that completes and finishes what was started. Where is the trail that picks up where this book leaves off? 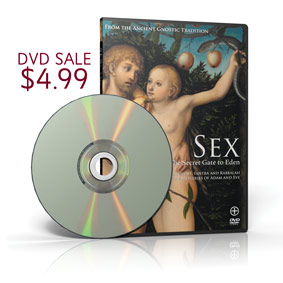 Thanks for the response - I appreciate it.

I actually ordered and watched the dvd a few years ago. Great dvd - very well done, and I especially appreciate the clarity of the communication. The clear, logical, jargon-free and forthright manner in which everything was presented in the dvd was highly appreciated.

Another question:
If I were reading "The Secret Teachings of Moses" only, and that was my only reference for alchemy, Kabbalah, Samael Aun Weor, etc, then I would come away with it with the impression that the basic "path" or "technique" recommended was mere avoidance of the orgasm, aka, mere celibacy.

Is there anywhere else in the Bible that, with the proper understanding and translation and etc, explicitly (yet in code) says that "sexual connection without spilling the semen" is the way?

I'm primarily asking about the "sexual connection" part of the equation. What *not* to do seems to be relatively clear and seems to get a great deal of emphasis. What one *should* do exactly, in the "Secret Teachings" book, seems to get much less air time. That's why I was wondering if there was going to be a sequel, or "Secret Teachings of Jesus" book, or anything along those lines, that really explored the proper "sexual connection" aspect with as much outstanding depth and clarity as the "Moses" book did.

There is treasure to be desired and oil in the dwelling of the wise; but a foolish man spendeth it up. -Proverbs 21:20

The Hebrew word for oil is שמן Shemen, which is where we get the word: "semen."

שמשון Shamshon received his strength from the שמן Shemen, the oil of transmutation and anointment. The word for sun is שמש Shemesh, which is contained within the sperm or ovum: נ Nun, which in Aramaic means "fish." The sperm or ovum swims within the waters of life in our genitalia. The force of sex rises through the spinal medulla, or ו Vav, contained in the end of his name, and reaches the brain, since ו Vav indicates not only the spine, but the brain on the top, indicated by its shape and calligraphy.

Therefore, שמשון Shamshon's strength derived from his semen, which contains the power of the solar logos: Christ. He lost his power when he gave away his secret of alchemy to his mind, דלילה‎ Delilah, or "the doorway" ד Daleth into the "night," his לילה Lilith or lunar psychology.

We do want to produce more projects from our authors in relation with Alchemy and Kabbalah, yet that will come in its appropriate time. Meanwhile, the text about Moses has introduced you and other students to these studies: now it is necessary to go deeper through studying the online lectures and the books of Samael Aun Weor, particularly The Mystery of the Golden Blossom and The Perfect Matrimony.

There are no replies made for this post yet.